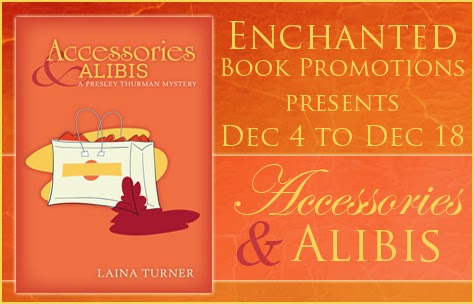 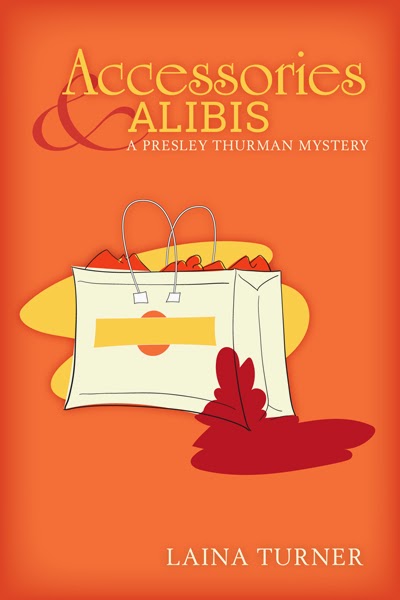 In the 10th book of the chick lit series, Presley buys failing retail boutique, Silk, and on the first day of business ownership the store manager Roxanne is arrested for murdering her boyfriend. Roxanne insists she’s innocent and asks for Presley’s help.

Presley believes her and tries to help while getting the boutique up and running just to find out someone has been paying themselves from company funds? Who is stealing from Silk and is there more to Rod and Roxanne’s relationship than meets the eye?

“Hello, Presley are you back here?” a voice called out.

That sounded like Roxanne but what would she possibly be doing here? I stood up to step outside the office and was shocked to see that it was Roxanne.  Dressed up and not at all looking like she had spent the last forty-eight hours in jail accused of murder.  She bounced back well.  If I were in her place, I would be curled up on a couch somewhere, not out on the town looking glam.

“What are you doing here?”  I exclaimed.  To say I was shocked was an understatement.  Yesterday, she didn’t think making her bail was even a possibility and yet less than twenty-four hours later, here she stood looking as if none of that had happened.

“You don’t seem so happy to see me,” she joked seeming in good spirits for her situation.  I was caught off guard by her casual, upbeat attitude.  It made me wonder if she was having a moment of temporary insanity and had forgotten she was being charged with murder.

“This morning. I then went to Debbie’s to shower - my apartment is still a crime scene and even if it wasn’t I couldn’t fathom going back there. I don’t think I can ever go back there. After I put on my clothes and felt somewhat normal again, I came here hoping to find you.”

“Who bailed you out?” I asked, curious because as of yesterday, she hadn’t told her family and said none of her friends had that kind of money.  She told me she was hoping the news wouldn’t travel all the way to Iowa, where her family lived.  She didn’t want them to know. She said they didn’t have even close to that kind of money, and she wanted to save them from the worry. Personally, I thought it was taking a big risk that they wouldn’t find out.  If they spent any time surfing the web looking at news, they were bound to come across it. Nothing could stay very secret these days it seemed. Not to mention the cops or lawyers were sure to contact people back home for information at some point - a fact I had pointed out to her, but which she just ignored.

“Really?  How is that possible?”

As a child Laina thought she would either be a truck driver (thanks to Jerry Reed in Smokey and the Bandit) or work at Taco Bell (her favorite restaurant as a child). As she grew older she realized her talents lay in academics and business and for the last several years has been a business consultant and college professor where she uses the analytical side of her brain and not the side that makes up stories.

Through all her career choices she has continued to have a passion for writing. This stemmed from childhood whereas an only child she developed a vivid imagination spending most of her time making things up and thinking the Incredible Hulk lived in her closet.

Proud of her vast experiences in life from barrel racing to being on the dance team for a semi pro basketball team to being a mom of 2 amazing kids, she tells her family and friends that no one is safe from their escapades slipping in to her books.

aking the plunge to write books that she actually lets people read in 2010, she has worked her way up to having 5 fans (maybe 6 now). Her blog, The Art Of Living Fabulously, was launched to share the daily fun in the life of a Real Housewife of the Midwest along with the musing of other fabulous ladies.