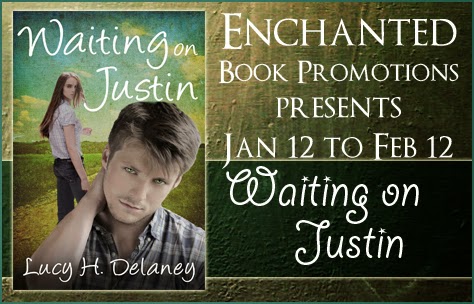 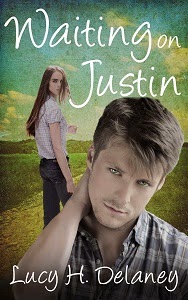 Can everlasting love grow amidst never-ending despair?  Best friends Justin and Haylee learn early on that the answer is yes. Their parents would rather spend time drinking and partying than raising children, so the two rely on each other for the care and emotional support they need. Over time, Justin and Haylee become lovers despite the age difference between them.

Theirs is a forbidden romance that would destroy them both if discovered.

The older of the two, Justin is more than a little rough around the edges. He does everything he can to protect Haylee from as much abuse as possible, but when tragedy strikes there is nothing he can to do keep her from being taken into the foster system.

The system meant to save kids threatens to pull the two of them apart.

Haylee begs Justin to run away with her, but the powers-that-be force him into an inescapable corner.

Blaming Justin for the distance that separates them, Haylee shuts out everything and everyone from her past - including Justin. She tries to forget him. She tries to replace him. But he is always there. So is her own addiction. When it finally gets the best of her, she finds herself utterly alone.

She soon discovers what Justin has always known: Their love was worth waiting for.

It's funny how an hour can seem like forever in the daily monotony of life, but when you're with your first love on your first drive after your first kiss, it races by. We drove from home, around the mountains and into the cities. They weren't too far away, but we never went there. It was a whole different world. He had saved up his money for gas and the day for I don't know how long, and now it was time.

We had to go a long way to get there, but by the end we were right where Justin and I both wanted to be: he was looking at planes, and I was looking at him in a whole new way. I wanted to kiss him every chance I could, and he gladly obliged me—after all, it was my birthday. There was so much more to take in at that museum. I think his decision to take me there was his attempt to be cultured and civilized.

To be honest, I couldn’t have cared less about them, but he knew everything about all of them. I'd never seen him so passionate: he knew the make of all but three planes by sight and told me how they worked and what their specialties were.

He was in his element, but he never let go of my hand, taking me into his fantasies of the future. He'd pull me along, my little hand in his, sometimes raising them both up in the air with his finger extended to show me a feature of the model he was looking at. I loved seeing his eyes twinkle and hearing him know all the right things to say.

Lucy H. Delaney lives with her blended family in the Pacific Northwest town of Leavenworth, Washington, nestled at the feet of the Cascade Mountains. When not tucked away in her writing room making up stories or standing in her cubicle in one of the offices of corporate America, Lucy spends her time with family and friends.

Along with her husband and four children, Lucy loves to be in nature: She can often be found on her homemade backyard swing, curled up with a good book, hiking the surrounding mountains or running country roads and game trails. A fitness enthusiast who regularly practices crossfit, yoga, and distance running, Lucy also volunteers for the Chelan-Douglas CASA organization and her church's AWANA program to help keep kids safe and smiling.

Available on Amazon.com in Kindle and paperback versions.

Available on BarnesandNoble.com in Nook and paperback versions.