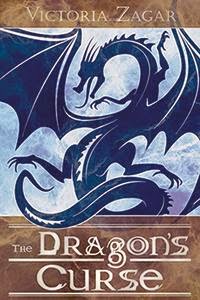 War is brewing between the Greenlands and the Summer Kingdom, despite the efforts of Lord Aidan and Prince Varion, who have been meeting in secret in an attempt to maintain peace. When war proves inevitable, Aidan offers Varion asylum, loathe to see the man he's come to care about become his enemy.

But Varion refuses, sacrificing safety and his own desires to stay in the Summer Kingdom in order to protect his little brother from their ruthless father. The two men instead declare a blood oath to always protect each other, an oath that will see them through war, transformation, and a deadly curse...

King Cendali of the Summer Kingdom has become a bitter and cruel man after the death of his first wife and he lives for war. He hates the Dragonfolk, a race who are said to be descended directly from dragons. The thought that someone actually might have mated with a dragon disgusts Cendali and he cannot bear the sight of the Dragonfolk with their strange eyes and scaly skin.

When floods drive the Dragonfolk out of their traditional territory and encroach on the Summer Kingdom, Cendali has his excuse for war. He wants to completely wipe out the Dragonfolk, thinking them unnatural. But first he wants to know how to gain the dragon power - how to transform into a dragon.

Prince Varion has been meeting with Lord Aidan of the Greenlands as the two of them try to avert war between their kingdoms and they have fallen in love. But it doesn't matter, for their meetings are not as secret as they suppose and Prince Varion's life is in danger as soon as his father knows.

Both Lord Aiden and Prince Varion set out on the same quest: to find the godess' shrine and discover the secret of the dragon power. For only by giving it to his father might Prince Varion live and protect his younger brother.

Yes, it is possbile for a human to turn into a dragon, but the power has a price. Once the power is used, the person will no longer be fully human. That isn't the only cost: males with the dragon power die as soon as they mate.

This was a wonderful romantic adventure, with lots of UST between our heroes. The world Ms. Zagar has created is fully realised, with its own history, culture and customs.

I'm not usually a fan of shifter romance stories, I have a phobia about dogs so books with werewolves tend to terrify me rather than think anything romantic. But I do adore fantasy and dragons, so I am glad I gave this one a try.

Although short at novella-length, the story and characters are fully developed. Aidan and Varion are both noble characters and you have to wonder why Cendali hadn't poisoned Varion's mind as much as he had his youngest son, Tiernon.

I really wanted them to get their happy ending, but with a curse that if you make love, you die, that may not be easy to come by.

I don't want to spoil anything, so you'll just have to read it to find out.

The writing is good and flows well, just one wee niggle: while researching the curse Varion and Aidan "poured" over books instead of "pored".

All in all a good fantasy adventure and romance.