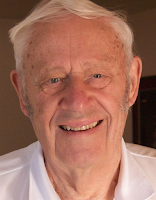 Jeanbill has been associated with medicine for more than 50 years, practicing as a general practitioner. He studied many hours in the medieval library of University of Notre Dame, researched and wrote over a period of 20 years in his spare time.

His debut novel Almost a Millennium was published in January 2015 and is available for sale on Amazon. Genres: Historical / Fiction / Medieval / Religion / Theism

Jeanbill resides in Lynden, WA. Married to his other half for 57 years until cancer separated them, he has four children and 14 grandchildren.

Initially, I listed twenty-four chapters with their key points of what that chapter was about.  When I began to write, I thought about what to write; then, I let the words flow via the keyboard with my thoughts coming freely to me.

At the time I am writing about a character, I place myself into that character and let him or her express one’s feelings to its full extent; however, the author is still in control.

My wife and I traveled much in the past twenty years—Peru, England, Wales, Switzerland, Germany, Italy, Spain, Portugal, Hungary, Romania, and eight times to Africa.  We had a lot of fun.  My wife died over two years ago, and traveling is no longer fun for me.

Very seldom. When I begin to touch the keys at the computer, I don’t want to be interrupted by the music.  But, when I am not certain what to write next; then, I will sometimes listen to beautiful notes from the Gods for inspiration. 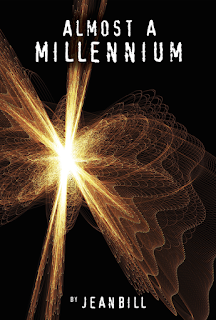 I wanted to write about two men, one believing in God, and one not.  What happens to these two from birth to adulthood, facing the vicissitudes of life, and how they adapt to conflicts that they encounter is the basis of this story.  A monk, who feels he had a personal contact with God although he disobeys an abbot and disobeys one of the commandments: Thou shalt not kill.  The other protagonist becomes an active atheist and begins to question atheism by decoding writings from a monk one thousand years previously, resulting in great disturbance within him to the point of desiring to commit suicide.

It’s hard work but fun.  Editing the book for its many errors of grammar, spelling, smooth transitions, and contradictions made me to begin hating my book, followed by having it copyedited by the professionals, and then becoming proud of the product. In regards to self-publishing houses, I would want many detailed questions answered before I would commit to that publisher.

Yes.  After writing a book, self-editing it multiple times, I would have it copyedited by an independent, have the book printed by a book printer, and then seek someone, like Kelsey, in the publicity world.

In 1990, I became president of a medical society that required me to write a monthly article for their publication to the physicians in the community.  I began to peruse some English books on grammar and sentence structure as well as subscribing to a monthly writer’s magazine.  All of it helped and by the end of the year, I began enjoying the art of writing.  Reflecting later, I had the brilliant idea of writing a book.  I took a while, but I did do it.

If one decides to write a book, then enthusiasm comes not from external forces to perform, but from within.  Believe in yourself.

I don’t feel that I have a favorite author.  The book, itself, is more important than the author.  Today, I have a different outlook on writing compared to all those years that I had read books in the past. In recent times, two books were immensely enjoyed by me: Seabiscuit, and The Book Thief.

Almost a Millennium is an eclectic novel about the unlikely connection between an English monk and an American physician that lived nearly 1,000 years apart, one of today and one in the medieval period. It begins at their birth, traveling through time to their adulthood.

Paul, a monk at Llanthony Abbey in Wales, begins writing in the scriptorium using cryptography, knowing that the abbot might frown upon some of his comments about the crusade and his contact with God. In addition to his criticism of the crusade, he had added a short autobiography into the three-page document. He decided to keep this manuscript near his desk until the time he would be close to death and would pass it on for safekeeping to one of his fellow monks. No one would ever know what he had written unless the person deciphered the code.

After the death of his parents, Fred finds himself struggling with his faith and questioning the presence of God. He is introduced to an ancient manuscript, written by a monk who lived one thousand years ago. Through his readings, he deciphers the coded text and it completely changes him.

Separated by time and geography, Fred and Paul develop a connection that defies logic and physics.

Interspersed are brief sketches of portions of history during the medieval period, mostly in England, and there is also romance, rape, and murder as well as the substantive issues of modern and medieval times, including religion. The historical fiction breathes life into historical and modern figures and events, bringing readers into the real world – of the past and the present.