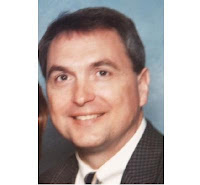 W. E. Lawrence graduated in 1978 from the University of North Carolina in Chapel Hill with a BS in business administration. He has run a successful home health care supplies distributorship for the past twenty-three years.

Q.  Do you plan everything or just let the story flow?

A.  Actually, I’ve tried it both ways, but I feel that you need a least some sort of outline to follow, either in your head or written down.  Before I started my first project I read a couple of good instructional books on novel plotting which recommended  outlining the entire book using “section sheets” to make certain you hit your “target” word count and your story didn’t run out of steam halfway into the tale.  It worked out well and I found this was good advise, especially for a new writer.  In my second project I wrote from a general outline in my head and I ended coming up short of my intended length.  It worked out all right though as I went back and added scenes which made it a better story.

Q.  Do your characters ever want to take over the story?

A.  I’ve heard of this happening with other writers but it seems kind of silly to me.  Perhaps it’s simply because I’m a fairly new author and it just hasn’t happen yet.  The characters, as well as the plot, are the product of the writer’s imagination and it only makes sinse that they follow that plot.  I will admit though, that sometimes when I’m imaging a scene with dialog between characters, I feel like I’m dictating the conversation instead of forcing it.

Q.  What is your favourite food?

A.  I enjoy far too many to have a favorite.  I like Italian, Chinese, Mexican, all kinds of seafood, a good steak, barbeque, and it’s hard to beat a grilled burger or hot dog.

They say variety is the spice of life, don’t they?

Q.  Are you a morning person or a night owl?

A.  I used to be a night owl but I’m afraid I’ve grown to old for that nonsense now.

Q.  Do distant places feature in your books?

A.  Absolutely, my first book is set on a ficticinal South Pacific Island, and the second book takes place among ancient ruins in Southern Peru.

Q.  Do you listen to music while writing?

A.  No, I find it distracting; too difficult to concentrate.

Q.  Could you tell us a bit about your latest release?

A. My latest novel, Chakana, was released in December 2015. It is a historical romance novel filled with action, adventure, suspense, and intrigue. Reviewers have compared it to Indiana Jones. 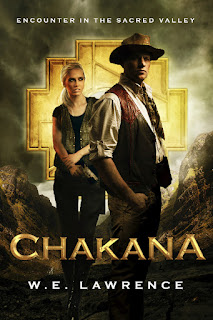 In 1940, James Fleming, the original British secret agent, races on a high-stakes mission to track down the lost Incan treasure of King Huascar.  He meats Kate Rhodes, a policewoman on leave from Ohio, and together they decode clues and face the challenges of the Chakana designed to allow only the most devoted to escape alive.

Among the ancient ruins of Peru, disaster hides around each corner.  They battle Incan death traps and an international artifact smuggler who will do anything to acquire the hidden wealth.  If James and Kate fail, the Nazi’s Third Reich could win WWII and take over the world.  There’s intrigue, danger, adventure, and even romance in their quest to save the free world.

Q.  What have you learned about writing and publishing since you first started?

A.  Almost everything: from the beginning “Hook” to the climax and Wrap-up.  I’ve learned about point of view (POV) and there there should only be one per scene.  I’ve learned to have surprises throughout the story to maintain interest.  It has and will continue to be an ongoing process.

Q.  Is there anything you would do differently?

A.  Only that I would have started much sooner.

Q.  Who, or what, if anything has influenced your writing?

A.  Reading, Movies, and Television

Q.  Anything you would say to those just starting out in the craft?

A.  Don’t do it for fame and fortune.  You’ll only end up frustrated and disappointed.  Do it because it’s what you enjoy doing.

Q.  What are three words that describe you?