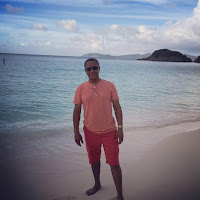 Ed Duncan is a graduate of Oberlin College and Northwestern University Law School. He was a partner at a national law firm in Cleveland, Ohio for many years. He currently lives outside of Cleveland, OH and is at work on the second installment in the Pigeon-Blood Red trilogy.

I start with a very broad outline that tells me what the novel is about, who the characters are, and how the story will end.  The details fill themselves in as I write.  As ideas come to me, however, I jot them down so that I don't lose them.  Occasionally, I think of a character or plot twist as I'm lying in bed just before falling asleep.  When that happens, I get out of bed and write a note to myself.

My characters do sometimes want to take over the story.  For instance, in Pigeon-Blood Red I intended to have two main characters who were roughly on par in terms of importance to the novel, but with a slight edge going to Paul, a lawyer, because, after all, I'm a lawyer and Paul is an idealized version of myself.  To my dismay, however, Rico – the other character – an underworld enforcer, fought this idea at every turn.  I fought back but eventually I gave up.  There is now only one main character in the novel, Rico.

I'm definitely a night owl.  I often don't start writing until late evening and don't stop until three or four o'clock in the morning.  Like a number of people, I thought at one point that I suffered from sleep apnea, and I think I do have of moderate case.  However, if I stay awake until I'm ready to fall asleep (no earlier than two o'clock), I generally can fall asleep without much difficulty. Of course, that wasn't possible before I retired.

I dream of traveling to Kauai, Hawaii.  The last scene from one of my favorite movies, Body Heat, was filmed there.  In that scene, against a backdrop of towering mountains, blue sky, and an aquamarine ocean, Kathleen Turner's character, the femme fatale, is pictured relaxing on a chaise lounge while she awaits a tropical drink being delivered to her by a waiter dressed in Hawaiian garb.  That scene, the ultimate depiction of "the good life," made a lasting impression on me.

A distant place, Honolulu, is featured in Pigeon-Blood Red.  The action begins in Chicago, then switches to Honolulu, and ends back in Chicago.  The idea for the novel came to me during a visit to Honolulu many years ago, and that location is central to the novel's plot.

Very rarely do I listen to music while I'm writing.  It's too hard to find a radio station that plays for extended periods without commercial interruptions or the kind of soothing music I find conducive to writing.  Unfortunately, my own collection is interspersed with too many up tempo recordings.

Pigeon-Blood Red tells the story of an underworld enforcer who is in pursuit of a small time businessman who stole a pigeon-blood red ruby necklace worth millions.  He trails the thief from Chicago to Honolulu, but the chase goes sideways after the hardened hitman develops a grudging respect for a couple of innocent bystanders who become embroiled in the crime:  the thief's unsuspecting wife and an old flame who comes to her rescue as the enforcer closes in.  The hitman must decide whether to follow orders and kill them or spare them and endanger the life of the woman he loves.

I've actually had something confirmed that I already knew based on my reading and observations, that is, it is not enough to write a good novel, because tons of excellent novels are being published annually.  So trying to get noticed through effective marketing is very important.  The key is determining what is effective and what is not.  Unfortunately, much must be learned through trial and error and wading through all of the advice online can be both daunting and frustrating.  However, unless you bite the bullet and hire a good publicist, the effort must be made.

I think I would have looked for legitimate contests for first novels to enter.  Certainly, the odds of winning are slim but the payoff could be huge if your novel were accepted by a major publisher.

I write crime fiction so the biggest influences on my writing have been writers in that genre.  The biggest early influence was The Maltese Falcon by Dashiell Hammett.  The dialogue in that novel is simply superb.  Witness the fact that much of it was used verbatim in the 1941 movie version of the novel, whose screenplay was nominated for an academy award.  My biggest modern influence is Lee Child.  His Jack Reacher character is wonderfully realized and remains unfailingly fascinating from one novel to the next.  And no one can turn up the tension and maintain it chapter after chapter like Child.

My advice to beginning writers is to constantly re-write.  They should find a good editor, especially if they intend to self-publish.  They should read everything they can about the business of writing.  They should attend a variety of writing conferences.  If they are self-publishing or being published by a smaller publisher, they should consider retaining a reputable publicist.  Unless they have some skill in this area and oodles of time, trying to duplicate what a good publicist does likely will be both time-consuming and frustrating.

Three words that describe me are:  loyal, dependable, and trustworthy.

I haven't revisited it in a long time but I'd say my favorite novel in any genre is An American Tragedy by Theodore Dreiser.  Unlike Hemingway or Fitzgerald, Dreiser is not a master of style and his sentence structure can be clunky, but the pathos and sweep of this novel are extraordinary.  I think it's truly an example of the great American novel. 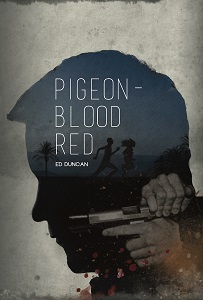 For underworld enforcer Richard "Rico" Sanders, it seemed like an ordinary job. Retrieve his gangster boss's priceless pigeon-blood red ruby necklace and teach the double-dealing cheat who stole it a lesson. A job like a hundred before it. But the chase quickly goes sideways and takes Rico from the mean streets of Chicago to sunny Honolulu, where the hardened hit man finds himself in uncharted territory when a couple of innocent bystanders are accidentally embroiled in the crime.

As Rico pursues his new targets, the hunter and his prey develop an unlikely respect for one another and Rico is faced with a momentous decision: follow his orders to kill the couple whose courage and character have won his admiration, or refuse and endanger the life of the woman he loves?

“Fast-paced and full of surprises. Will keep you on the edge of your seat!” – Amazon Customer

“Pigeon Blood Red has a dramatic and satisfying conclusion, leaving the reader nodding his head with approval." - Readers' Favorite

“In a novel with as much action as love, it is sure to be a story that will fulfill the desires of readers of all ages, genders, and areas of interest.” – Red City Review