She is a certified chocoholic and is currently working on several projects. Some might even involve chocolate. But writing helps maintain her sanity.

Sign up for her newsletter for sneak peeks and advance info on new releases as well as a few freebies exclusive to subscribers. http://bit.ly/1hA7C9W

Usually I just let the story flow. Sometimes I have an idea or theme and I’ll jot that down but when it’s time to write I just let my mind go.

Both actually. I get up early and I’m ready to go. But sometimes I’m up late finishing a story that just won’t let me sleep. lol

Scotland. I want to see the land of Lairds.

Sometimes. Places that I’ve been too, places that make sense for the setting that I’d research and even places that exist in my mind.

If I’m trying to set a specific mood or to get into a character’s head, yes, music can help me get there.

Zeus- Lost Gods begins my latest series. It’s a twist on Greek myths. There will be 3 books in the series and they’re all connected, they cover most of the same time frame. The god Zeus is now only a man who’s forgotten his past but he’s got to remember who he was once to defeat his father Cronus again. With the help of a few friends he will face the god of chaos once and for all. At least for him. Lol This is a fantasy romance but the story is very much fantasy driven.

Enough to write a dissertation. lol

I would have gone indie earlier, I started in 2012 and I would have built my newsletter from day one.

Some of my favorite writers who took me to other worlds other places and I felt as though I had stories to take people to interesting worlds and places too.

Read and continue to read in the genre or genres that you want to write it. Then dissect the work to figure out what you liked about the writing and what you didn’t like.

What you’d change. Then put fingers to key board. Also join an active critique group and attend conventions. They are a great source of networking and learning about the industry.

I really have too many to count and my reading habits are very diverse so depends on the genre. I can fill this page with a list of favorites. But I will name a few authors and some I do re-read from time to time, but seriously this is barely the tip of the ice berg. In no particular order even: Robert Jordan, John Ringo, Jane Austen, Sherrilyn Kenyon, Christine Feehan, Stobie Piel, Deborah Smith, Octavia Butler, J R R Tolkien, Julie Garwood, Julia Quinn, Umberto Eco, Nalini Singh. I can go on but am stopping now. 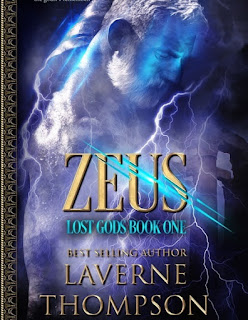 What if you woke up one day and found out you used to be a god? But you don’t care when you can’t save the one you love. Unless you claim your legacy and your powers, even if you have to kill your father to do it.

Ze found he would do whatever he must to make sure Kassia lived. She was an innocent.

Kassia lived her life for the last year under a death sentence. She had an end date of three months. This was her last chance to save herself against the thing killing her from the inside. Even accepting the will of a god. He could save her life but at what cost to her soul?

When survival is everything, would you do anything to ensure that you do?

Five figures stood like statues partially around a pool of water.

“He can never remember.” The collective entity making up the Fates warned Kratos.

Kratos never raised his head to look at the four identical beautiful beings. Shrouded in shimmering white cloth from head to toe, with the planes of their faces barely visible, even the little of their features he glimpsed were ever changing. Seemingly to represent all the peoples of the world. At times, all four appeared feminine, but he was not so sure all were female. It mattered not. “Tell me nothing of what can or cannot come to pass. Would that I could have that gift, or curse to forget. Forget we no longer have the powers we once did. Have been all but forgotten. Lost in the grains of time.”

“It is as the world should be Kratos. You know this. Humans must make their own decisions, be the makers of their own will. Not that of the gods. No matter how powerful.”

He couldn’t tell which of them spoke, the voice came into his mind. Not even a voice exactly, more a thought that they wanted him to know. He scoffed. “Yes. The gods.” He placed his hand in the water swirling it, it was cool to the touch, and dispersed the image they’d been looking upon. At someone who in another age, other times had been the most powerful amongst them. Reason enough for the Fates to fear and condemn Zeus. The Father of them all, and a god he himself had killed, dispersing his body down to dust, carried off unto the four winds and mixed amongst all matter. Yet, never completely destroyed, pieces of him being reborn over the ages. God no more, each time just a man.

A fate worse than death for one once a god. Unfortunately, for them all, Zeus’ destruction created a chain of events opening the world to chaos, the fall of Olympus and everything they had once known. The Fates had no choice but to take control and punish them all. Perhaps their plan all along, and the excuse they needed to destroy all the gods. There could be none more powerful than the Fates. Still, Zeus must be called forth once more. Rather, what was left of him, hopefully it would be enough.

Kratos, pulled the black hood over his even darker locks, walked out of the obsidian hall into the crumbled ruins of what had once been Olympus, home of the gods. Even with his eyes open, he could still see the opulence of the buildings as they once stood. The gleaming golden doors twelve feet tall, the marbled hall, where one could hear music that lulled and pleased ones senses filling the halls. Now gone. All of it. The place reeked of age. And he no longer had the power to change any of it.

He would wish the Fates to a mortal hell, but they’d already placed him there and there was no release for his soul. His body melded into the dark matter making up the night, and he returned to the nothingness he was.