Kimbra Kasch is a romance writer who grew up in a family with 9 kids and only 1 t.v. So instead of fighting with her brothers and sisters about which shows to watch, she’d spend her days reading and, later, writing, which explains why she love books so much.

Kimbra’s favorite romance novels are The Hunger Games, the Divergent Series and, yes, even the Twilight books. She loves something with a hint of danger and/or paranormal.

And read more about her here: http://kimbrakasch.com/

Or stop by Amazon and check out a few of her other books:
https://www.amazon.com/Kim-Kasch/e/B00ZOAUKMO/

I seem to surround myself with control freaks…my characters are no exception to the rule. They twist me, bend me, and sometimes nearly break me… maybe that’s why I get so tired writing ;D

That’s like asking me what my favorite book is…I could say chocolate, cake or candy or Stephen King’s  Salem’s  Lot, Charlaine Harris’s Dead Until Dark series, Mary Janice Davidson’s Undead Series…wait I see a pattern here…I like things that are dangerous, sweet and . . .sometimes  dead…hum,  I don’t  know what that says about me.

I’d say I’m a mornight person. Kind of like being a dog/cat person. Yep, it’s true. I have two cats and a husky…I figure the big dog is about the same as two cats. And, I burn the candle at both ends: morning and night.

I dream of going on a safari in Africa. I love things hot and spicy…even my books ;D

Of course. MORGAINE LE FAY AND THE VIKING spans three countries, oceans and monarchs. We travel from King Arthur’s Camelot, to King Charlemagne’s France and the home of our Viking hero, Holger Danske in  Denmark.

Only mood music, quiet peaceful and in the background so my story can speak to me.

This is an old story told from a totally different perspective. This is a Viking’s tale.
MORGAINE LE FEY AND THE VIKING is a legendary romance filled with honorable Knights from King Arthur’s Round Table, Salacious Pirates, and Brutal Vikings. This is the retelling of the romance between King Arthur’s half-sister, Morgaine Le Fay, and her epic lover, the Viking Prince of Denmark and heir to King Geoffrey’s throne, Holger Danske. And though you might think you know these characters from the British stories, this tale comes from an entirely different point of view. The Viking perspective. 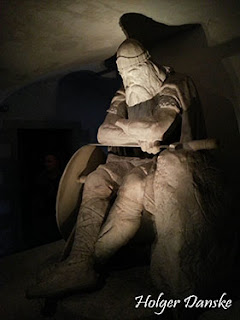 Everyone knows of Excalibur and King Arthur but few know of his brother-in-law, the Danish Viking Prince and warrior Holger Danske or his sword Cortana. MORGAINE LE FEY AND THE VIKING is a mature Young Adult retelling of folk-lore legend and Danish leader, Holger Danske, and his magical romance with the sorceress Princess Morgaine Le Fey.

They met on a battlefield, poised against each other, but their attraction was more powerful than any sword, stronger than any warrior and more magical than Merlin, yet theirs is a tale more tragic than Romeo and Juliet.

Weaving the stories from English, French and Danish together this is one slice from the rich tapestry of tales that have come together throughout time and history.

While most everyone who searches for tales of the middle ages and seeks out stories of Knights and battles, castles and magical swords, they will only find the stories of King Arthur and his Knights of the Round Table. Yet, it is only with the help of the Viking warrior Holger Danske of Denmark and Charles the Great (a.k.a Charlemagne of France) that King Arthur beat back the Saxons and retained leadership of Camelot. 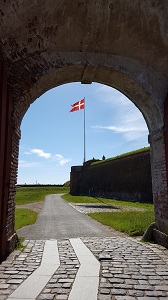 Amidst these battles and legends, Morgaine Le Fey is worthy of her own stand-alone stories for she was such a strong woman everyone believed her to be a sorceress or more than human. Some said she was half fairy because she rode with the men in battle and was more than willing to take enormous risks for the men she loved.

Some believe she was the most powerful sorceress in all of history, having tutored under the guidance of Merlin and quickly surpassing his abilities. But it is her tragic love story with the Danish Prince that forms this first story in the Viking Series: MORGAINE LE FEY AND THE VIKING.

Morgaine’s true love, the Viking Norse leader and legendary warrior, is immortalized in stone in the dungeons of Hamlet’s Castle on the shore that sits between the sound of Denmark and Sweden.
But there is much more to this tale than a simple love story.

King Arthur received his magical sword, Excalibur, from the Norse Goddess, also known as The Lady of the Lake but Excalibur was not the only magical sword she ever relinquished to mortal hands. She gave just such a magical sword to the Danish Prince, Holger, and one to the French King, Charlemagne. Together these three heroic men joined forces to fight side by side.

Britain, France and Scandinavia battled back the invading Saxons. 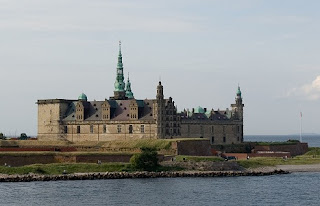 I am married to a Dane who was born and raised in Denmark, and have visited the Castle of Kronborg in Helsingør, Denmark and viewed the statue Holger Danske in the casemates. I have also visited both England and France and tried to stay true to the themes of all three legends, (from Denmark-Holger Danske, England-King Arthur, and France-Charlemagne), while weaving them together. However, I have taken artistic liberties with language and in dramatizing this tale so that the old English is not restrictive.

There is an entire world full of rich stories about epic battles that go far beyond King Arthur’s realm and other countries hold their legendary heroes in this same high regard. This is one such story.
What have you learned about writing and publishing since you first started? Writing takes time…getting published takes more time ;D

My mother used to say, “everything is easy in hindsight.” Sometimes, I don’t even think that’s true. Life is difficult but it’s the challenges we face that make us strong.

I’d like to say Stephen King. I love his writing and how he can make the impossible seem real but that would  be  like saying my voice is like Barbara Streisand’s – it’s wishful thinking.

Write because you love to write. There are easier ways to make money and faster ways to create art.

Oh, if you’ve read this interview you’ll already know the answer to this one: Stephen King and Salem’s Lot or  L. Frank Baum and the Wizard of Oz series…now that’s a dichotomy.

List of previous books if any:
1) Demon’s Ink, a  story about a demonic tattoo artist who comes to Portland.
2) The Cats of Cullaby Creek (another romance but this time: Love is in the air…something else is in the water)
TRAILER: https://youtu.be/JOft7ED0z2Y 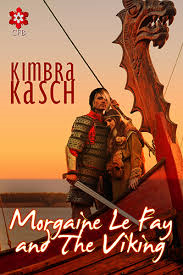 Travel across oceans, continents and countries to discover the story of legendary Viking hero, Holger Danske, and his magical romance with King Arthur’s half-sister in Morgaine Le Fay and the Viking.

This is the story of two warriors who never thought they’d find love, especially on the battlefield, yet standing poised against each other Morgaine and Holger face an attraction more powerful than any sword, stronger than any warrior and more magical than all the powers of Merlin.

Morgaine’s head was held high, her back straight, with her chin jutted forward, as she rode like a warrior into battle. Covered in shiny mail, she sat upon her lively white steed, much like a nobleman, but no one could be mistaken. One glance and anyone could see simply by looking at her, this was a fine lady, with skin as smooth as silk and clear as a summer day, her russet curls plaited and twined around her head, forming a crown of braids befitting a high-born princess.

Raising her hand to shield her eyes from the harsh morning light, she turned toward the mountains, searching for a sign. Something. Anything.

Nothing was there. Still she sat, waiting.

It was after sunset when the shadows finally shifted across the horizon. That’s when she noticed the dark silhouettes of men. Not peasants. These were broad-backed warriors on horseback, sitting outlined against the blood-red moon. They were moving closer, nearer to battle.

Arthur did not want his sister on the front lines. “You should be in the background working your magic,” he insisted, hoping she would heed his pleas.

She threw her head up in defiance and gave a little snort. “Never,” she insisted.

His voice took on an authoritative tone. “I am the King,” he reminded her with a frown etched over his face. She turned to grin at him, “Did you think I could forget?”

With a heavy sigh, he went on, “It is not as a King that I am asking, but as your brother. I cannot bear the thought of you being hurt for me. I want you in the background, not on the forefront of battle.”

She shook her head, and then reached across the gap between them. She ran her palm over his cheek. “Do not waste your worry. You know, death holds no fear for me.”

“Perhaps,” he nodded. “But there are worse things than death. Please sister, if only for my sake, move to the back and do not separate yourself from us—I beg of you.” He tried to convince her not to ride forward from the front lines, but she wouldn’t listen.

“Do not even think of it,” she said, with that familiar look of determination in her eyes and the stubborn tone Arthur had become so acquainted with. Pulling back on her reins, she danced her horse around him. “I am a symbol for the men to look upon. I must move about for all to see.”

And no matter how much he wanted to deny it, they both knew she was right. Sitting out in front of the knights, she made an unforgettable impression.

“But you can inspire from anywhere, it need not be the frontline,” he insisted.

She shook her head, disregarding his warning as she rode ahead to act as the King’s guard over her brother. Sitting proud and tall, she fully intended to protect him from the onslaught that was about to begin. Arthur was transfixed. She was more beautiful than ever. An angel blanketed in shadows but edged in starlight, no man on the battlefield would ever forget her face.

She felt the fire burning inside her belly. The cry of war rising up into her heart, she wanted nothing more than to ride.