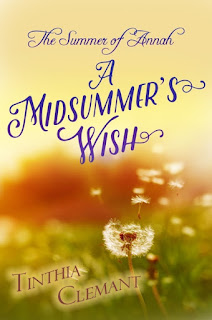 “The true love I desire shall come to me. I am the lock he is the key. As mine to him, his soul shall speak to me. This I seek, so mote it be.”

When 55-year-old earth-witch, Annah-Belle Henderson, cast a spell for love she never envisioned her wish would be granted in the young nephew of her longtime friend. With a face that rivals the Norse god Thor, and a body to match, the charismatic Eric Ashworth draws Annah into a dizzying current of emotions. Should she accept the chance for love with a man twenty years younger or reject her feelings?

As a past darkness threatens to destroy her, Annah makes a decision that begins a journey fraught with judgement, betrayal, and perhaps death.

The orange head of the match ignited with a flash. Slender fingers held it under the dried kindling. Within seconds, the splintered wood was ablaze, licking up the sides of an oak log, triggering the release of rose-scented oil. Except for the glow cast by the blaze, darkness shrouded the night. Brown eyes peered out from beneath long black bangs. Dressed in white with a pale shawl wrapped around her shoulders, Annah resembled a specter—one who had traveled from outside the realm of the living to watch the dance of the flames. She held a single red rose—an offering for Aphrodite, the Goddess of love.
When the fire reached its fevered peak, she dropped the rose into the inferno and murmured, “Aphrodite, accept my gift as I cast my wish on this Midsummer’s Eve.” The rose stem coiled, and the petals withered under the heat of the hungry flames.
Annah slid her hand into the pocket of her pants and removed a piece of green paper, two cones of sandalwood incense, and five apple seeds. On the paper, in scarlet ink, were written the words to a love spell. “The true love I desire shall come to me. I am the lock he is the key. As mine to him, his soul shall speak to me. This I seek, so mote it be.”
To reinforce the spell two additional recitations were required. During the second reading, she allowed the paper to float onto the engulfed log. The incense cones and seeds followed as she recited the spell a final time. When Annah ended with ‘so mote it be’ a breeze swept through the fire pit and the flames extended scorching fingers toward the heavens. Her canine companion released a soft whimper. “Shh,” she whispered. “It’s okay, Lexy.”
Annah stared into the blaze. “Druids believe it’s possible to see the faces of loves and enemies in an enchanted fire. I wonder.” At first she saw just the ravenous flames but soon an image took shape. A smile emerged. Loving eyes peered back at her as one of the incense cones exploded, sending hot sparks into the perfumed air. The smile turned into a sneer as the wail of a lone coyote pierced the night, bristling her fifty-pound Australian Shepherd’s composure. A series of responding growls emanated from Lexy, but they did little to assuage the sense of unease that passed through Annah. She backed away from the chimenea and sat on the nearby stone bench. “Probably best to leave the fire reading to the Druids.”
Next to the bench rested a small wicker basket. Its contents, in addition to the bottle of rose oil, included a thermos, teacup, and her cell phone. Annah dropped the box of matches into the basket and withdrew her phone. With a swipe of the screen, she found the song she wanted to play. While the voice of Etta James accompanied her Annah opened the thermos and poured amber-colored liquid, still steamy and hot, into the cup. Before taking a sip, she raised it high, toasted the Goddess, and then bid the ashes that ascended into the starlit sky success as they delivered her wish. The current returned and spiraled within the fire. It carried the scented heat toward her, enveloping her in its warm embrace.
It was past one when Annah switched off the bedside lamp and lay in the darkened bedroom. Behind her bed, an open window granted access to the night air. A quiet breeze breathed life into the backyard’s wind chimes. Entering the room, it carried a subtle hint of sandalwood on its gentle waves. Circling Annah, it stroked her cheeks, softly caressing her lips. Entering that hazy place between dreams and reality, her mind gave shape to her last thought of the day. This will be my summer, a summer for true love. 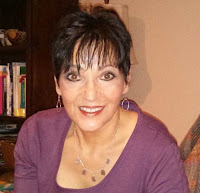 Tinthia Clemant was born in Medford, Massachusetts, over sixty years ago. In other words, she's old! As a child, she lived happily in a loving home with her three siblings and mother and father. She always wrote. From the time she first picked up a pencil, or perhaps it was a crayon, she wrote. Love stories. Happy stories. Stories about love with happy endings. Her first book was self-published. (At the tender age of seven, she stapled the pages together and presented it to her mother on Mother's Day.)

As contemporary women's fiction's newest author, Tinthia fell in love with love stories and true love when she first learned about true love's first kiss. That did it for her! Unfortunately, she has yet to find that special kiss. Throwing her arms up in defeat, she decided to write about it and live vicariously through her characters.

Tinthia lives on the banks of the Concord River and spends her time teaching science at a local community college, gardening, painting, feeding her multitude of Mallards (follow her natural history blog at: concordriverlady.com), reading, and, of course, writing contemporary women's fiction about romance, relationships, and true love. She also enjoys Chunky Monkey and American Dream Cone and other enticing flavors produced by Ben and Jerry.

I’m a panster. (Yup! That’s a real word in the writing world.) I start my books with a seed of an idea and run with it. It’s the flow that invigorates me. I love to see where the characters will take me.

Ha, all the time. There are days when I feel like I’m struggling to get my two cents into the story.

Ice cream! I love Ben and Jerry’s brand, along with Häagen-Dazs, and a local favorite, Brighams.
I’m a morning person. I’ll typically wake around 5:00 am and write for three to four hours. After three cups of coffee, my brain is fried and I’m usually ready for a nap.
I would love to travel to Italy--especially Rome, Florence, Tuscany and Umbria. I can’t put my finger on why Italy calls to me but she does. Someday, I’ll spend a month discovering her secrets.
In my new series, La Farfalla (The Butterfly), the story takes place in Italy. Book One of The Seasons of Annah, takes place in Copedale, New Hampshire. Not very distant, unless you live in Australia.
I don’t. I find it distracting. My desk is positioned in a spot where I watch the Concord River flow by. The birds and my ducks serenade me while I work.
I’d be delighted! The title is You Gave Me Wings – Awakening. The series is called La Farfalla (The Butterfly). The story centers around Isabella Martini, a 49-year-old woman who embarks on a quest for redemption.
I’ve learned quite a bit, actually. For starters, I’ve discovered that I actually like Chunky Monkey (one of Ben and Jerry’s ice cream flavors). Who knew? The next thing I learned is to trust my instincts. Also, self-publishing requires money, if it’s to be done correctly but not as much money as one would think. There are just as many free services as there are people offering paid services. In the future, I’ll look a little longer at my options.
As I alluded to in the previous answer, I would, and plan to, spend more time investigating free options instead of paying out of pocket. For example, an author doesn’t have to pay for beta readers when there is a wealth of people willing to offer their insight and comments without charging. (However, be wary. Some people will steal an author’s work. Only use reputable readers.)
My writing is a culmination of all the years I’ve spent living, reading, dreaming, traveling, and loving. It’s the sum total of those experiences that I use to create the worlds for my characters, and my readers.
Never, never, never take criticism personally. Use comments and critiques to sharpen your skills. Plus, write every day--every single day! Even if the words are junk, write them down. You’re only going to improve by working on your skill. Remember what Raymond Chandler said about writing. “Throw up into your typewriter every morning. Clean it up every noon.”
Self-assured. Sensitive. Kind.
I don’t have one favorite book—I have three: The Secret Garden, Dandelion Wine, and To Kill a Mockingbird. If I had to spend the rest of my life on a desert island, I would want those three books with me (along with How to Survive on a Desert Island for Dummies).

You Gave Me Wings – Awakening, La Farfella series: Ahem: For Isabella Martini, guilt has become as familiar as the small town in which she grew up. One simple lie set in motion an event that destroyed her fiancé’s life and shattered hers. Now, at age 49, she embarks on a journey to a foreign country, hoping to find freedom from the emotional maze in which she imprisoned herself. Will Italy provide the salvation she desperately seeks? Or, will she return home, as empty and alone as that fateful day thirty years ago?
The Summer of Annah: A Midsummer’s Wish, Book One in The Seasons of Annah series.


Thank you for this opportunity. Blessed be, Tinthia Clemant