Book Spotlight: The Goblin Child and Other Stories by Michael Forester 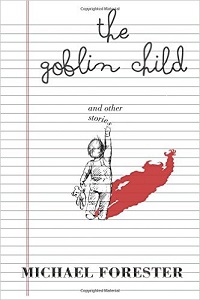 The Goblin Child and Other Stories
Michael Forester

• A man who remembers his birth in terrifying detail
• A woman who is certain she has given birth to a goblin child
• A child who takes his god to school for show and tell
• A youth who prefers his revenge served cold
• A teenage girl who, due to her love of nature, falls under the spell of a sexual predator
• A priest confronted by a man who believes he is Santa
• A worker in a care home who is never permitted to leave
• A man who sees the purpose of his life only after he dies
• A dying poet who searches desperately for the interracial love of his youth

In this apparently unconnected and eclectic group of tales, Michael Forester explores the circularity of our lives. The collection culminates unexpectedly in the story of a dying poet who finds, then loses, interracial love in a racist age, and discovers with TS Eliot that he ‘arrives where he began, to know the place for the first time.’ In so doing Forester reveals to us the circularity of our lives and that the events in them, so independent, so seemingly random, are truly interdependent, connected, planned.


“Venture into the world of Michael Forester’s short story collection and it’s unlikely you’ll want to step away. You’ll experience a rollercoaster of emotions as you read the 30 stories that have emerged over 16 years, emanating from eclectic themes including ecology, racism, child abuse, politics, family, relationships, war, anti-exploitation in all its guises, and so much more. This is a fascinating, raw, heart-wrenching, beautiful and shocking collection of stories that are crying out to be read.” 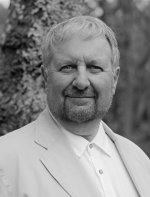 Some are born with silver spoons in their mouths. Michael Forester was born with a pen in his hand. He is a deafened writer living in, and drawing his inspiration from, Hampshire’s New Forest. Michael’s most recent book, The Goblin Child, is a disarmingly eclectic collection of prize winning short stories exploring the circularity of our lives and the events in them, so independent, so seemingly random, yet truly interdependent, connected, planned. It follows his first published creative work in 2009, If It Wasn’t For That Dog, about his first year with his hearing dog, and his hugely successful 2016 novel in rhyming verse, Dragonsong.

Michael is a Winchester Writer’s Festival prizewinner and has been long/shortlisted three times in the Fish Writing Contest. His work has appeared several international journals and competitions.

His children look on aghast as he squanders their inheritance on such profligacies as A4 printing paper. They need have no concern. He plans to leave them the pen.

Michael divides his time between Hampshire and Somerset, and is regularly to be found at book signings and events across the country talking about storytelling or his beloved hearing dog Matt. He attended Oxford University.