Each of the COSTA MESA books are holiday themed, and the main protagonist, Piper Goldhirsch, is Jewish. In book 2, after two months apart, sea Captain Jack Spencer is determined to get Piper back. They reunite and set sail for Catalina Island for the holidays, but when a murderous convict escapes Orange County jail and hijacks their boat with them aboard, the tides will rise.

From the playlist below, one song that stuck out to me is It’s the Most Wonderful Time of the Year, originally written by Eddie Pola and George Wyle, sung in a jazzy rendition by Harry Connick, Jr. Lately in America and in the media, there has been so much political upheaval and unrest. This song really does bring it all into perspective about what a wonderful time of year it is for people of all backgrounds, ethnicities, political persuasions, and sexual preferences to set aside animosity and focus on the spirit of giving that the Holidays bring. It’s a wonderful time of year to come together, to hope, and believe in miracles.

Please enjoy the playlist for Toe the Line.

I wish everyone a very wonderful holiday season, and I hope all your wishes may come true from Santa. ;)

What are some of your favorite Holiday songs? 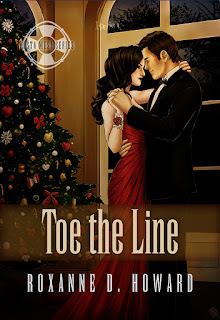 Tagline: After two months apart, Jack is determined to get Piper back. They reunite and set sail for Catalina Island for the holidays, but when a murderous convict escapes Orange County jail and hijacks their boat with them aboard, the tides will rise.

After two months apart from Jack and working in desolate, war-torn Syria, Piper is on her way home to California for Hanukkah. The tides have turned dramatically, and she is now an established journalist with Channel Four News. Though she's proud of where she's at with her career, her heart aches for the painful way she left things with Jack.

Jack is determined to make things right with Piper, no matter what. When he receives a cash settlement from Business Buster, he uses his newfound wealth to whisk her away on his new yacht for a romantic getaway to Catalina Island. In no time at all, the two lovers reignite the fiery blaze between them, and their steamy passion rekindles out on the open ocean. But when a dangerous, hidden stowaway hijacks the yacht and holds them both captive, Piper and Jack find themselves at his mercy. With nowhere to run, they must work together if they want to escape alive.

This holiday season, it’s time to Toe the Line.

Excerpt:
Jack made his way up to the deck and pushed the cushioned bench away from the wheel and helm. He preferred to stand while he navigated, and he enjoyed the way the wind played on his face. He walked over to the dock pilings and cast off their moorings and then went over to the wheel, started the boat, and threw it into reverse, pulling away from the dock. He felt on top of the world. Once he had the boat turned and started the thrust, the bow of the boat cut through the water like a pair of sharp scissors down silk. Right away, he’d noticed the difference from the much larger and older Pacific Explorer; this boat sailed smoothly and almost glided through the waves. Of course, they were still in the bay, so it would be different once they were out on the open ocean.
He didn’t know how in the hell he’d convinced Piper to come with him, but he wouldn’t let this chance slip through his fingers. She would get the royal treatment and nothing less. With a thankful heart, he took Butterfly Eyes out to sea. He’d had a few practice runs after he’d bought the boat, but this was the first proper trip. He was excited. As a child, he’d thought his preoccupation with the ocean made him strange, until he’d realized it was a passion.
Some people got their high when they rock climbed, jumped out of airplanes, or skied off a fresh, powdery slope. For Jack, it had been and would always be the deep-blue sea. Nothing made a man feel more insignificant than being a small speck out on the ocean. It also made him feel unique and powerful, something that drew him back each day. He had hired two new tour captains since business took off in November, w had left him more free time to get his life in order.
As he left the bay and chartered into open water, Jack passed a pod of dolphins he normally saw when on his whale-watching tours. The sun shimmered and highlighted their grey-white bodies. The glare from the sun lit a golden path along the ridges of the waves. He opened his shirt so he could feel the wind on his chest, turned on some music, and watched the dolphins swim beside the boat. They loved a free ride. People could learn a lot about how to treat each other from the ocean. Dolphins stuck together, had each other’s backs, and watched out for one another when a shark came.
“You look deep in thought.”
He turned. Piper stood with her hand on the top of the bench seat. She wore cutoff jean shorts and one of his white shirts, buttoned a little between her breasts and tied at the midriff. Her flat abs peeked out at him. Her dark curls flowed loose and free about her face. She’d never looked more beautiful.
“Oh, I’m always deep in thought.”
He cocked an eyebrow at her and returned his attention to the water.
She snorted. “What man is ever deep in thought?”
“Hey, Legs. Be nice now. Not all of us men are idiots. I mean, the majority are, but not all.”
“Well, I worked with Larry for years, so you can’t blame me for a little disillusionment.”
“I’ll do my best to set you straight.” He glanced at her. She stood in the sun, and the breeze lifted her hair. That wicked, wide mouth of hers set his imagination into overdrive. He crooked a finger at her. “C’mere. You’re taking command.”
She pursed her lips and sashayed toward him with a confident prowl. “Ooh, I like being in command. It’s sexy.”
“You’re sexy.” He brought both her hands up to the varnished wheel. “Stay right there,” he breathed in her ear. He reached past her and switched the radio to CD mode. He selected a track, and “Let It Snow” began to play. “Hang on,” he said. He flipped on a light switch on an adjacent wall, and colorful fairy lights atop the boat and all around the helm lit up.
“Oh, how cute!”
“Wait for it,” he cautioned.
He took a small, flat remote control from his pocket and hit a button. Piper looked around. Then a snowflake landed on her nose, followed by several more, until thick, white flakes fell through the open sunroof. Her face lit up in a huge grin, and she shook her head fondly.
“Sunshine and snow… Jack Spencer, you’re a romantic.”
“I’m a crusty-old sea dog. I have no idea what you’re even talking about,” he said dryly
He wiped a snowflake off Piper’s face. She laughed as the holiday jingle serenaded them. “Right.”
He kissed the top of her head and watched the ocean. Piper sighed and leaned into him. 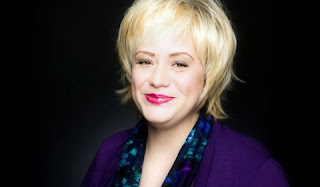 Roxanne D. Howard is a romance novelist who resides in the mid-western United States. She is a U.S. Army veteran, and has a bachelor’s degree in Psychology and English. She loves to read poetry, classical literature, and Stephen King. She is also an avid Star Wars fan, musical theater nut, and loves everything related to marine biology. She enjoys spending quality time with her husband and children when she’s not writing. Roxanne loves to hear from her readers, and she can be contacted at author@roxannedhoward.com.

To find out more, please visit her website: www.roxannedhoward.com 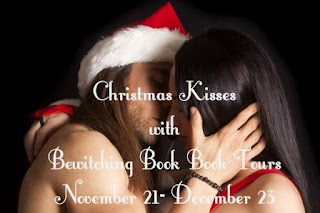