Hello, I’m Roxanne D. Howard, and I write erotic contemporary and paranormal romance with Loose Id and Boroughs Publishing. Today I’d like to discuss how visual art can influence writing. I didn’t quite get into art until my husband and I visited the Louvre over ten years ago. I went on our Paris trip obsessed with the Eiffel Tower, but what really blew me away was the beauty and majesty of art. Each painting has a story to tell, and by simply standing still in an art gallery and looking at a painting, we can draw influences for stories, characters, and settings as writers. 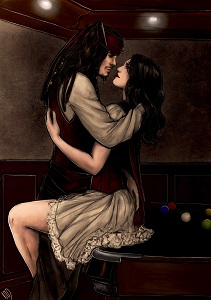 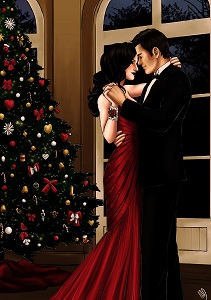 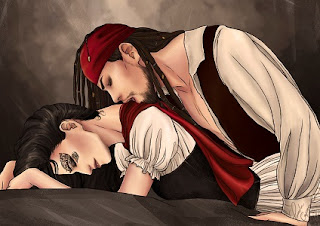 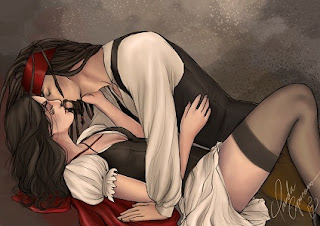 It’s easy to forget that writing is an art itself. We breathe literary life into our characters as we write, and have a very specific idea of what they look like in our imagination. But sometimes if we look at a photograph of an actor who resembles our character, or a picture of London or Paris or wherever our works are set, we can glean a different type of inspiration than we would normally have. Such inspiration can make all the difference in writing a scene.

What kind of art inspires you as a writer? 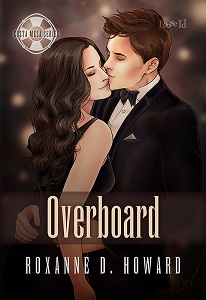 At the end of their romantic holiday getaway, Piper is one loved-up woman, and she can’t get enough of the sizzling passion she’s found with Jack after all they’ve been through. The two lovers board Jack’s yacht and leave the idyllic hamlet of Catalina Island, California to head home for New Year’s Eve, and it seems nothing could be more perfect… until the day turns on a dime, and the waters rise. When Jack receives a radio distress call from an old friend out on the open ocean, their initial efforts to free a trapped, massive blue whale soon becomes a dangerous struggle for life or death when Jack risks everything to save it.

It’s a New Year’s Eve fraught with harrowing danger, narrow escapes, daring rescue missions, and heart-pounding passion. During their countless obstacles, Piper secretly discovers something shocking slipped into Jack’s coat pocket one time after they make love, and it threatens to change everything and rock the foundation of all they’ve built together. With the weight of the knowledge pressing down upon her, can their love survive? This New Year’s Eve, get ready for some fireworks, because it’s all going Overboard.

Piper released the docking line from its cleat on the back of the cruiser yacht. “Last line’s cast off, Jack,” she called over her shoulder. He hollered back in response, and she took one last look at the pretty shoreline of Catalina Island. In stressful times, there were certain places one could visit in one’s imagination, special memories that brought peace or a wistful smile to one’s face when the sights, smells, and tastes were recalled. Catalina would forever be such a place for her, wherever her road in life with Jack took her.

She turned around and walked through the semishade of the deck lounge to the helm where Jack stood and checked their bearings. A pleasant warmth spread inside her at the sight of his impressive muscular frame beneath the outline of his loose white shirt. She rubbed a little hand sanitizer into her palms as he reversed out of the dock. He glanced at her, and she kissed his cheek. “Greatest holiday ever. Thank you for kidnapping me. Now, back to reality.”

Jack’s thick brown hair lifted with the light breeze as he turned the boat. “Bah. Reality’s overrated. I did a sweep of the entire yacht, every nook and cranny. I’m pleased to report no runaway convicts or stowaways aboard.”

“Thank God. Though I have to admit, Diego did give the trip a lot more excitement than it would have had without him.”

She shook her head and grinned. “Yes. Anyway, we’ll have to send him a cupcake in prison when we get back.”

“As long as it doesn’t have a nail file in it.” He winked. “I love it when you wear your curls loose, by the way. It looks nice.”

She rewarded him with a radiant smile. He’d made it his mission to please her in every possible way since they’d come to Catalina, and it left her feeling pampered and relaxed. “Thank you. I like the open-throated pirate look on you.”

“No idea.” She slid her palm over the warm flesh of his broad chest.

He kept his gaze on the ocean but rubbed the tops of her fingers with his free hand.

“The waves are calm today. I didn’t expect that. Ready for your New Year’s broadcast tonight?”

“As ready as I’ll ever be, I guess. I’ve watched the ball drop on TV, but I’ve never taken part in a countdown before. We’ll broadcast intermittently, but it’s still pretty exciting. You’ll come to the company get-together before my segment, right?”

“Of course. Wouldn’t miss it. You’ll do great, Piper.”

She made a face. “We’ll see. I’ll do better with you there, even if it’s off to the side. After how blissful it’s been the last couple days, I don’t want to separate and go back to the real world just yet.”

She kissed him and cupped his jaw with her palm. It was remarkable how a love you didn’t know was absent from your life could enter and take it over so completely and in the best of ways. She drew back. “You gonna let me steer again? I promise not to crash.”

The corner of his mouth tilted up, and he reached over to a peg near the helm and took down his white captain’s hat. He fitted it onto her head and gave her a little salute.

He stepped aside, and she took the wheel.

“Very good, Mr. Spencer. How does the hat look?”

She laughed. “Now there’s a word I haven’t heard in a long time. Isn’t it from that old Katherine Hepburn movie? I didn’t think people still said it.”

His finger stroked down the length of her arm as she steered, and a sweet tingle spread through her body at the featherlight touch.

“My dad was old-school, and he liked to turn a good phrase or two. I’m serious. I like the cap on you. I’d love to see what you look like in it and nothing else.”

Her pussy tightened at the raw need in his gaze, and she grew wet. “Be careful what you wish for, Captain Spencer. You just might get it. Take over the wheel for a second. I need some water. Are you thirsty? Can I get you a glass?”

He took the wheel from her, and his eyes gleamed with lust. “Yeah.”

She skimmed her fingers along his and rounded the corner to the kitchenette area. She poured a glass of water from a gallon container and toyed with a wicked idea. Over the past few days, she’d learned she could be as playful as she wanted with Jack, and he responded precisely how she needed him to. She looked down and tugged at her nipples, the mental image he’d painted just a moment ago fresh in her mind.

She bit her lip and set the water down as her pussy throbbed. She ran her hand between her legs to soothe the ache. She shed her shirt and the rest of her clothes and left them in a pile on the wooden floor. Her body had grown attuned to his, and she needed his touch.

They’d made love once this morning when they awoke, but they were alone out here on the open sea. Her time in Catalina with Jack had taught her that if she asserted herself and showed him what she wanted, he gave it back to her tenfold. And right now, she was ready for it.

She fixed the brim of Jack’s captain’s hat over her brow, picked up the glass of water, and sashayed toward the helm. She cleared her throat. “Would you like your water now?” 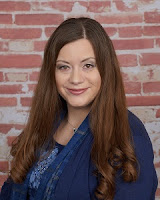 Roxanne D. Howard is a romance novelist who resides in the mid-western United States. She is a U.S. Army veteran, and has a bachelor’s degree in Psychology and English. She loves to read poetry, classical literature, and Stephen King. She is also an avid Star Wars fan, musical theater nut, and loves everything related to marine biology. She enjoys spending quality time with her husband and children when she’s not writing. Roxanne loves to hear from her readers, and she can be contacted at author@roxannedhoward.com.