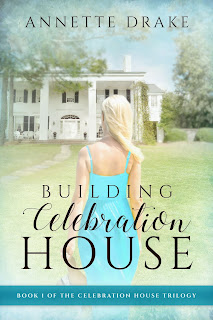 Tagline: How can she plan a future with a man who has only a past?

Carrie Hansen spent her life caring for cardiac patients. Little did she know she would become a patient herself.

After recovering from her own heart surgery, she learns she has a special talent: the ability to see and talk with the dead.

Now, with her health failing, she leaves the bustle of Seattle behind and returns to Lexington, Missouri, the small town where she spent her childhood. Here, she sets out to restore an abandoned antebellum mansion and open it as a venue for celebrations.

Carrie’s unique gift allows her to build relationships with the mansion’s ghostly occupants, especially Major Tom Gentry, the handsome Civil War soldier who died 100 years before Carrie was born. He encourages and comforts her, though not in the physical way they both desire.

Will Carrie finish restoring the celebration house or will it finish her? And how can she plan a future with a man who has only a past?

When Carrie opened the door and stepped inside, sunlight streamed in through the dirty windows. Even though the barn had been vacant for years, the air smelled of hay and horses.
Looking to her left, she saw a man shaving. He’d glanced up when Carrie opened the doors, but returned his gaze to the small mirror tacked to the wooden beam. He was bare from the waist up. His chest was lean and muscular, with dark brown hair from mid-chest to his waistline. His arms were powerfully built, and his right hand was steady as he scraped the white soap from his angular jaw with a razor. His dark blue uniform pants with gold braid down the side were tucked into knee-high black leather boots. He stood at least six feet tall, and though Carrie hadn’t made her living in the carnival, she guessed he was probably younger than her, likely in his mid to late twenties. He peered at the small mirror, tilting his chin to swipe away the shaving soap. Carrie waited to speak until after he’d finished with the ivory-handled straight blade and dipped it into the basin of soapy water.
“Good morning,” she said.
His expression was an equal mix of surprise and annoyance. He dropped the razor and grabbed his shirt off a nearby nail. He turned his back to Carrie and pulled it on.
“You can see me, madam?” he asked, buttoning his shirt and stuffing it into his pants.
“Yes. Can you see me?”
“I can, but I believe I have the advantage. I’m dead. You are not.” He turned and glared at her. His eyebrows furrowed as though he wasn’t quite sure how they’d arrived at the point of introductions.
“I’m sorry to intrude. I’m Carrie. Carrie Hansen.” She extended her hand.
He reached to shake her hand, but his fingers passed through hers. They both jerked back.
“I’m sorry. I really didn’t mean to intrude,” she said.
“You surprised me. That’s all. We seldom receive visitors, especially living ones who can see us.” He put on his blue uniform coat and fastened the long row of brass buttons. “I’m Major Thomas Gentry, at your service.” He bowed.
“I’m sorry I startled you. I sometimes forget ghosts aren’t accustomed to being seen.”
His eyes narrowed and he frowned. “How may I be of service to you, Miss Hansen?”
“Where can I find Colonel Stratton? I need to speak with him.”
His dark blue eyes showed his increasing puzzlement. “The living do not go looking for Colonel Stratton. What business have you with him?”
“I bought this house, and I intend to live here.”
“You bought Stratton House?”
“And I need to speak with the colonel.”
Major Gentry shook his head as though to sort through the details. “Please forgive me. You bought Stratton House, you intend to live here, and you wish to speak with the home’s proprietor, Colonel Stratton?”
“I thought we’d covered that,” she said. “You don’t get many visitors, do you?” 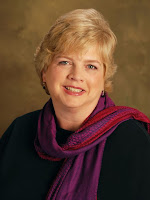 Annette Drake is a multi-genre author whose work is character-driven and celebrates the law of unintended consequences.

She makes her home in Washington state. A member of the Romance Writers of America, she loves ferry rides, basset hounds and bakeries. She does not camp.

I always know how the book starts and how it ends. It’s that darn middle part!
Initially, I was a pantser – flying by the seat of my pants. But I’ve now started using more of an outline, especially with my romance novels. These readers like a familiar story structure, so I’m doing my best to give them one. Long story short: I plan.


Do your characters ever want to take over the story?
Yes! Absolutely! And my nine-year-old wants to only eat popcorn and bathe once a year. But, sometimes I have to say no.

What is your favourite food?
Alas, I love chocolate. I think if it was illegal, I’d be living under a bridge. I’m trying to cut back, but it’s an ongoing struggle. I also love, love, love coffee.

Are you a morning person or a night owl?
I am an insomniac. So, sitting at my desk to start writing at 4 a.m. isn’t uncommon. To that end, I am in bed before 10 p.m.

Where do you dream of travelling to and why?
I dream of traveling to France. I’m starting French classes at my local community college next month because it’s my daydream to live there after I retire.

Do distant places feature in your books?
I don’t know. Do you consider Alaska a “distant” place? The book I’m currently promoting – Building Celebration House - and its two sequels take place in my home state of Missouri. Smack dab in the center of the country. All three heroines hail from Seattle, so there’s a little culture shock there.

Do you listen to music while writing?
Yes, usually. My favorite Pandora stations depend on which book I’m writing.
Could you tell us a bit about your latest release?
Building Celebration House is about a woman who returns to the small town where she spent her childhood and buys an abandoned antebellum mansion, which she then renovates and opens as a place for people to have weddings, anniversary parties, etc.
This is my debut novel. It was first published in 2013 by a small press. Last year, I bought my rights back and after revisions, I’m republishing it. The sequels will debut on April 1st and May 1st.

What have you learned about writing and publishing since you first started?
Routine is essential. For me, writing every day is the only way to finish a book. Also, I must give myself permission to write a bad first draft. It’s all in the revisions.
Is there anything you would do differently?
Honestly, I’ve spent a lot of my life trying to fix the past. I’m done with that. So, no. I wouldn’t do anything differently. I’m the sum of my experiences.
Who, or what, if anything has influenced your writing?
The biggest influences have been the books I’ve read. Ray Bradbury, Marian Keyes, J.K. Rowling, Stephen King, Jude Devereaux, Constance O’Day Flannery, Heather Graham, J.A. Jance. My tastes vary widely. But it’s all about story. Tell me a story.


Anything you would say to those just starting out in the craft?
Write the kind of book you want to read. Establish a routine – even just 10 minutes a day. And don’t let insecurity stop you, that voice that whispers, “You aren’t good enough.” Silencing that voice is, I think, the biggest hurdle.
What are three words that describe you?
Curious. Kind. Persistent.
What's your favourite book or who is your favourite writer?
Just one favorite book? Ouch. Okay, well, I love the works of Ray Bradbury. I wanted to name my son after this author, but my husband said no. I think my reading choices run the gamut, from Marian Keyes to David McCullough. I love fiction the most. I love books where I’m still thinking about the main characters after I’ve finished reading the book. And that’s exactly what type of story I try to tell.
Blurb of your latest release or coming soon book
Carrie Hansen spent her life caring for cardiac patients. Little did she know she would become a patient herself. After recovering from her own heart surgery, she learns she has a new skill: the ability to see and talk with the dead.
Now, with her health failing, she leaves the bustle of Seattle behind and returns to Lexington, Missouri, the small town where she spent her childhood. Here, she sets out to restore an abandoned antebellum mansion and open it as a venue for celebrations.
Carrie’s unique gift allows her to build relationships with the mansion’s ghostly occupants, especially Major Tom Gentry, the handsome Civil War soldier who died 100 years before Carrie was born. He encourages and comforts her, though not in the physical way they both desire.
Will Carrie finish restoring the celebration house or will it finish her? And how can she plan a future with a man who has only a past? 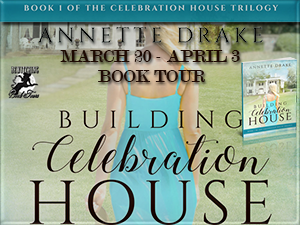