Guest Post & Giveaway: Deep in the Hollow by Brandy Nacole


My novel Deep in the Hollow is based off the urban legend “The Dover Lights”. Here are some eye witness recounts of what others experienced while at the Dover Lights.

Justin Minor of “On the Fringe” tells about the crews experience while investigating the Dover Lights phenomenon. “We have tried to rule out every possible cause, I mean every cause. We still can’t believe what we saw.”

My family is from around Dover. Someone submitted a story concerning the Dover lights and I have a few things to add to it. My grandma used to live nearby and she has said that the lights occured way before electricity was. -Kayla Freeman, www.ghostlights.org

Hello, although I don't know for sure if this story is fact, I do know there were supposed to be silver mines somewhere in or around the Dover area, so it would make the most sense to me. Anyway, the story I heard about the lights, (which I am a former resident of Dover, and have myself seen things I couldn't quite explain.) was that around the great depression time, there was an elderly couple who lived "out in the boonies". At one time, the edlerly lady became very ill, and her husband sent for a doctor. (unfortunately I do not know any names) He gave the husband medicine to give to his wife, but the old man did not have any money. Instead, he made a deal with the doctor. He was very skilled at making his own hunting equipment, and assured the doctor that in payment for saving his wife, he would make him anything he needed, and handed him a bag of bullets. As time went on, both the old man and his wife passed away, and years later the doctor was going through some of his old belongings. He looked at the bullets the old man had given him, and remembered their deal, and polished them to display in his home. While polishing, he realized the bullets were made from silver. So the story after that is that the doctor sacrificed everything, his home, family, fortune, and spent his remaining days searching for the lost silver mine, and that the lights seen on occassion to this day is the light from his lamp. And that is the story I heard, believe it if you wish. -F.B. www.ghostlights.org

The lights appear in the valley and flicker and sway most of the time. On one active occasion I saw them move about 3 miles in around 10-15 seconds. They appear all colors and can even light up the whole valley. Brian R. www.ghostlights.org 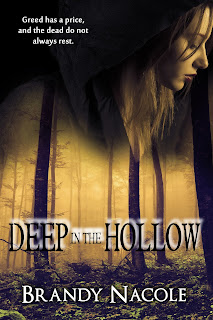 Tagline: Greed has a price, and the dead do not always rest.

Let me share some wisdom with you. There is evil in this world we cannot see, not because it is hidden from us, but because our minds refuse to accept its existence. But once we are able to get past what everyone says should not be, it becomes our responsibility to stop the evil we now see.

This insight wasn’t given to me until a year after I lost the most important person in my life: Bryce Rowan. Now, after another death at the same spot where he died—the overlook, where the mysterious lights dance amongst the trees—I begin to wonder if they were accidents after all.

Lucky for me, I’m not the only curious one in town. Cooper, a ghost hunter (aka chaser), and his sister Jada have moved to town and are starting to ask questions.

But the more we find out about this town and the people who live here, people who I have known my whole life, the more I begin to think there are those who would rather keep the evil secret, even if it means we will never be safe, and that more will die. 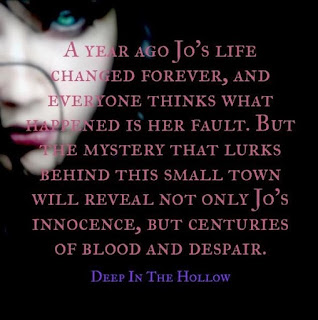 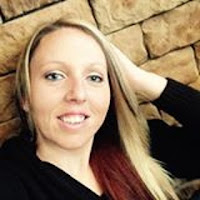 Gemini Brandy Nacole is a writer of urban fantasy and paranormal books published by Ponahakeola Press. A reader from a young age, Brandy has always loved folklore and stories of beings that go bump in the night.

Whenever she’s not reading or writing, Brandy is spending time with her family and friends, throwing around crazy ideas, teaching, and singing like a rock star at a concert for no one else but herself.  She loves plants, but unfortunately is a killer of anything that requires water but can’t voice (scream) their needs.

a Rafflecopter giveaway
at September 20, 2017