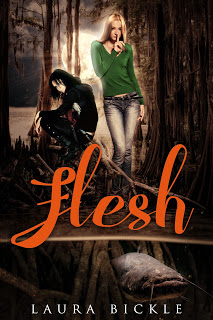 The dead are easy to talk to. Live people, not so much.

Charlie Sulliven thinks she knows all the secrets of the dead. Raised in a funeral home, she’s the reluctant “Ghoul Girl,” her reputation tied to a disastrous Halloween party. But navigating her life as a high school sophomore is an anxiety-inducing puzzle to her. She haunts the funeral home with her parents, emo older brother, Garth, their pistol-packing Gramma, and the glass-eyeball-devouring dachshund, Lothar.

Chewed human bodies are appearing in her parents’ morgue…and disappearing in the middle of the night. The bodies seem tied to a local legend, Catfish Bob, who has resurfaced in the muddy Milburn river near Charlie’s small town. When one of Charlie’s classmates, Amanda, awakens in the cooler as a flesh-eating ghoul, Charlie must protect her newfound friend and step up to unravel the mystery…and try to avoid becoming lunch meat for the dead. 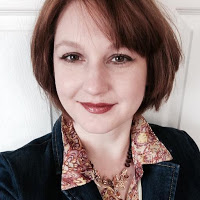 Laura Bickle grew up in rural Ohio, reading entirely too many comic books out loud to her favorite Wonder Woman doll. After graduating with an MA in Sociology – Criminology from Ohio State University and an MLIS in Library Science from the University of Wisconsin-Milwaukee, she patrolled the stacks at the public library and worked with data systems in criminal justice. She now dreams up stories about the monsters under the stairs, also writing contemporary fantasy novels under the name Alayna Williams.

The latest details on her work are available at: