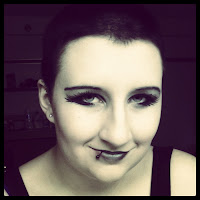 Cyrus is a perfectly charismatic, devilishly charming bloke who spends far too much time writing novels and plays and not enough time writing the essays required for him to graduate. He is currently a Classics major with a double major in Theatre that will probably change to he-doesn’t-know-yet. Cyrus’ mission statement is that he would rather his writing be read and enjoyed by a small following than have to conform to the demands of a large audience. Of course, if you want to buy his novel and help support his cause to buy his domain name, then that would make you the best person he knows. Cyrus also possesses an unhealthy love for Shakespeare, and before he dies he intends to produce every one of the great playwright’s plays. In his spare time (what spare time, where?) he is charming the ladies and devising new and inventive ways to torment his faithful, beloved characters.

I like to think that I plan everything, but usually I just make outlines and let the characters take the story where they will. Half the time they don't even follow the outline, but the story always turns out better for it. Outlines are mainly there to give me something to go back to whenever I get pulled off track.

As mentioned above, they do and often they will!

I have a mortal weakness for tacos.

I am definitely a night owl ... some of my best writing has been done between the hours of one and three in the morning!

I want to go to Romania, mostly because I want to be able to live in a land where being a witch is an actual profession. Alternately, I could go to New Zealand, because it is practically like living in Dragoloth.

My books are in a fantasy setting, so they are all set in what could be considered distant places. I love snowy landscapes and tall, commanding mountains. Every attempt to feature a happy, sunny country has gone south.

Most of the time. I usually put on a Gotye themed station in Pandora and I get an interesting mix. For darker scenes, it's Cradle of Filth or Staind.

I have learned that publishing is tougher (and scarier) than I first anticipated. I have definitely grown a lot since I first started writing - I have learned that you can't let yourself get wrapped up in what people think your writing "should" be. You have to let your own voice have its say or you are just going to end up sounding like everyone else.

I would have started earlier. I put my writing on the back burner for about two years and I wish I had stuck with it consistently.

R.A. Salvatore, Richard Lee Byers, and Anne Rice were the big three influences of my childhood.

Always have something to drink, don't stop until you've made your daily word count (even if you think it's worthless, you can always go back and edit), and don't let one constructive criticism throw you off course. 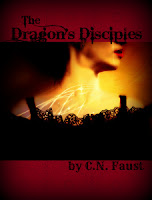 You can't ask me that question! If I had to choose an absolute favorite, it would be "The Hunchback of Notre Dame" by Victor Hugo, although R.A. Salvatore is still my favorite writer.

Excerpt from "The Heretic Priest"

Gray ashes stirred restlessly on the blanket of snow that covered the ground. All was silent around the area, which had once been a source of carnal pleasures and sin of every name. Now it was nothing except dry gray ash.The ashes stirred again, as if disturbed by something underneath the surface of the ground.And then the peace was broken.A twisted, maimed arm, the taunt white flesh covered in a series of oozing red burns that were layered on top of knotted scarred flesh. It scrabbled blindly for a minute, long nails raking against the snow, and then it was followed by a shoulder, similarly marked.It seemed to take an age, the process of emerging, but finally Varijin lay sprawled on the ground, nearly completely naked and not one part of him unscathed from the fire.Fingers cold as the ice itself wrapped around his throat and cradled the back of his head. Expecting the worst, and still thoroughly disoriented, Varijin remained still.

“Breathe, Varijin.” A soft voice commanded.Breathe. Varijin faintly recalled how to get through the cycle of breathing. Slowly, he drew in a long breath, the frigid air filling his lungs to the point where he thought they might burst. Then he allowed his shrunken chest to relax, and the breath escaped through his lips, accompanied by a violent cough that wracked his entire body.Another breath, and this time…words.

“What do you want with me?” hoarse and faint, barely discernable words.
“To speak with you,” the voice explained. “And strike a bargain if I can.”

With great effort, Varijin rolled his crimson eyes to have a glimpse of his savior.“You…brought me back.”

“I did, but do not mistake my actions for charity. I have some unfinished business with you.”

Varijin began to respond, but his body was shaken by another cough that brought flecks of blood to his lips.“Don’t try to speak, only listen. You and I are more alike than you believe, Varijin Zelric’aan. We share a common purpose, the same father.”Varijin’s mind completely blanked. There was a sigh, a puff of warm breath suspiciously close to his neck.

“Don’t worry, just relax. It will dawn on you, but for now, we will work on restoring you to your former grotesque glory.” Varijin glanced down, and saw rather than felt those icy fingers leave his neck and splay across his chest, just over his heart. The ebony contrasted sharply with the alabaster white. “But I warn you, it’s going to hurt.”