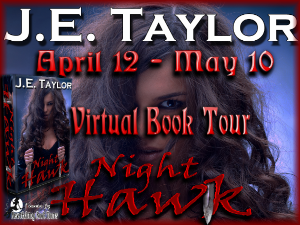 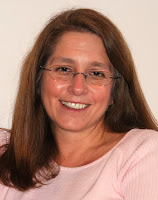 J.E. Taylor is a writer, a publisher, an editor, a manuscript formatter, a mother, a wife and a business analyst. She lives in Connecticut with her husband and two children and during the summer months enjoys her weekends on the shore in southern Maine.

I tend to just let the story flow. When I plan everything, it doesn't seem to flow as readily as when I just let it go.

Yes and most of the time, I let them take me where every they want to go.

This isn't an easy question to answer because I have so many favorites - but most are derivatives of chocolate. :)

A little of both. During the work week, I'm up early for the day job and up late writing - but on weekends, I like to sleep in.

Sometimes, but most of them center in New York and New England, because that's where I hail from. The farthest place that I've featured in a book is Milan - but that was in my Steve Williams series.

Sometimes, but it's usually the television in the background now. When my kids were a little younger, that's when I'd plug in the headphones and just get lost in music and prose.

My newest release is Night Hawk. An urban fantasy with vampires, demons and angels and a twist on the vampire lore that I think people will find fresh. My main character, Naomi, is a pistol and I love her. She's fearless and bold, even in the face of danger and she's fast becoming one of my favorite characters. She's smart and a little naive in the ways of the immortal bunch she's fallen in with. Her greatest challenge is a result of her lineage which makes her blood a delicacy and puts her on the list of the devil's hunted.

Quite a bit and I leveraged every ounce of what I learned while working for my first publisher in the editing, formatting, uploading and marketing processes to launch my own an e-publishing venture with a partner I met through that original publishing house. We now have ten titles under our imprint beyond our books and the ride has just begun.

The only thing I can think of is maybe spend less time on the networking sites. However, with that said, I have to admit, the networking gig is worth it because it brings me closer to my fans, so in moderation, it's worth the time.

There are a great deal of things that has influenced the direction of my writing. My love for an adrenaline rush, my affinity and curiosity for the morbid and what makes someone choose evil over good. But most of all, I think my nightmares have played the biggest part in creating compelling plots.

Learn the craft. Learn what makes a compelling and engaging story. Take one of Margie Lawson's classes on deepening character's emotions or writing dialog tags like a psychologist.

Stephen King's The Stand is my all time favorite book. 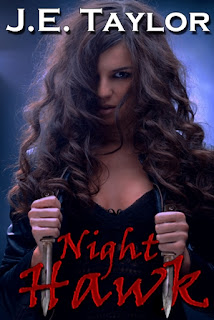 Cover Artist: CoverShotCreations.com
Book Description:
Buy Links: amazon | b&n
Selling your soul has never been so charming and Mark throws in a little something to sweeten the pot, his girlfriend Naomi.

Sentenced to death at the hands of a demon, Naomi Hawk has a firsthand lesson in despair and betrayal in Mark’s deal for fame with all the trimmings. Deep in the clutches of the underground brotherhood, Naomi's light is coveted for the Master's gain.

When she slips and falls eighty stories from a precarious ledge, Naomi resigns herself to the inevitable impact and death by shattered bones. Before she can escape her demons in eternal slumber, something sinister plucks her from the plummet, stealing her out of the night to sacrifice her forever to the shadows.

Books by J.E. Taylor (Most titles are available in e-book, paperback and audiobook formats)