Ragman’s Roll is the story of the unsung hero of the Civil War, General William HL Wallace. This novel has multiple story lines. The main story follows two men, Tom and Will, who are Lincoln aides who help Lincoln win the nomination for President at the Wigwam in Chicago in 1860. They also help in the security of Lincoln and his family on their famous train ride into Washington DC. The two men enlist when the war breaks out. They fight in the major battles out west for the Union army, Fort Donelson and Shiloh, both in Tennessee. General Will is the hero in both battles and saves General Grant’s army at Shiloh. Tom is Will’s scout and assists him in his campaign for freedom for all even though he is not an abolitionist like Will.

The subtext to the novel is the Mother Africa scenes. She appears in the dreams of a severe wounded commander, General Will, who lies on a bed recovering from his injury at the Cherry Mansion in Savannah, Tennessee. She shows General Will the real reason for his sacrifice, and his duty to his country. His goal is to insure that slavery end and to preserve democracy.

Leaning over the rail of the steamboat I stared into the lime-green water as limbs with leaves floated by. The fresh air, the sunshine, and the smell of fish felt relaxing to me. Will, Grant and I were on our way to visit the wounded from our brigade at the hospital in Nashville, Tennessee. Will had asked Grant twice to come along. He agreed, but not with a smile. They were up front standing on the bow getting better acquainted.

Will was promoted to General for his brave actions at Fort Donelson. Ann, his wife, was already there in Nashville bein’ a volunteer nurse at the hospital. She brought along with her a political manager from the state of Illinois. She wanted

Will to quit the army and run for Senator or for Congressman.

For me, surviving in a battle was sheer luck. I had seen this one fella charging straight at an earth - wall of firing muskets. The rest of his battalion was cut down. He was the only one still standing. Frightened, he ran back. Not once did a slug catch him in the back. He was a lucky bastard. Will always said to me, ‘when it’s your turn to die, it’s your turn to die. No one can stop it.’ I reckon I believe that to be so.

I struck a match against the railing and lit my rolled-up cigarette. Its red glowing ashes fell into the water. As I inhaled the smoke, it filled my lungs with warmth. Looking out over the Cumberland River basin, I saw the tress and foliage starting to sprout. It was warmer here, lots warmer. I left my winter gear back in my chest I brought with me. No need for it now. It was spring. Birds were chirpingand singing out beautiful sounds of life. I saw white-tailed deer swimming across the river, and beavers, and muskrats were busy making new homes out of sticks and such for the youngun’ about to be born, same as the robins and cardinals.

Squirrels down here had red tails. They looked like their cousins up north. It reminded me of home. How I wish I could be there to help my sons with their chores for early spring. I would take my cattle out each spring to the larger field far from my house. I wanted them to stretch their legs a bit. In the summer those fields had plenty of grass for them to eat. I also cleaned the chicken coops too. It was a good time to get that done. My uncle and sister had to help the boys. I’m glad my sis stayed with me after my wife died. She did the cookin’ and house cleanin’ for me and my sons. I’m grateful she did. When and if I return I want her to find herself a man and get married, and have a family of her own. 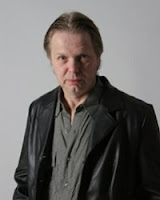 
While attending Vermont College on an art scholarship, I was advised that I showed promise as a writer. Then, while reading up on genealogy and my family tree, I had came across a quote from Ulysses S Grant that struck me. Grant had said to a captain from General Will's division, that had General WHL Wallace lived, he would not have been where he was today - President and hero of the Civil War. This statement sent my mind in motion and I researched the information thoroughly. I found out that General William HL Wallace was indeed what Grant had described, a hero for all ages. I felt compelled to write this novel. Ragman's Roll is dedicated to the memory of General William HL Wallace.

I am a graduate of the Goddard College Creative Writing MFA Program, and I'm an emerging author.

I am also an international visionary artist and theorist. I am represented by the Art Next Gallery, Chelsea NY. I am the inventor of a new design principle in art and design. It is entitled 'Directions'. I wrote a thesis paper on it (Light from Design) and it was published by UMI ProQuest in

My environmental art is represented by IAM Group inc. I am featured in Churn art magazine 9, with my paintings on light, and my interview where I discuss my thoughts on art and my invention of a design principle in art and design.