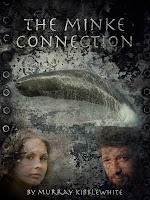 Originally from Masterton, a small farming town. Murray Kibblewhite moved to Wellington, the capital of New Zealand, to complete his B.Com. from Victoria University, before shifting to Auckland where he has lived for the last forty years. Murray is an author, teacher and businessman and his short stories are available free from Smashwords. His first novel, a thriller, “The Minke Connection”, is available in hard copy from www.lulu.com and will be available soon in E-Book format through Smashwords.

Murray can be found on
Smashwords at https://www.smashwords.com/books/view/340416

All my stories, short story’s and novel are carefully planned normally with a definite opening (to gain attention), a middle (where all the meat is) and an ending that hopefully leaves the reader wondering what will happen next and they want to read on further. This formula applies for the overall book, the separate chapters and for each scene.

My stories are plot not character driven.

Vegetable stir fried as I am a vegan.

I am a morning person try to use the morning for writing.

I intend writing a number of novels dealing with ecology or environmental issues. So my dream is to leave New Zealand in May each year for up to three months and visit areas I intend writing about.

Yes they do as I am looking for the opportunity to mix and match different locations and different issues to make a compelling story.

Yes I listen to both classical and pop music, as I feel inclined. The Minke Connection is my first novel, which I refer to as a RAT! Romantic, Action, Thriller! It outlines the efforts of Greenpeace using the protagonist, John Daroux, to try to stop the Japanese from killing the protected Sperm whale. For years the Japanese whalers have entered the Southern Ocean to kill the small Minke whales for “research” purposes. The initial setting is in the Southern Ocean South of New Zealand where John boards the factory ship to discover evidence of Sperm whales. Together with Whale Researcher, Carrie Ardley, they travel to Tokyo, where they have many adventures escaping from the Yakusa, being poisoned and tortured to eventually forcing the whaling company to cease killing the Sperm whale. John and Carrie become intimately involved but an unfortunate incident drives them apart. There are number of romantic scenes, numerous action situations and the final successful outcome is achieved only after both John and Carrie suffer physically.

Writing is an art that is both exciting and challenging. It is exciting because it allows me to express my ideas and fantasies, but challenging because of the need to plan carefully, research extensively and be patience in writing a long work.

Publishing online is the way to go as people are now moving towards electronic publication. However, it is very challenging as an author to become familiar with all the elements of online publishing. I have decided to employ a younger person to help with the publishing and marketing aspects as she understands the issues more than I do.

No. However, it is a “labour of love” and now that I have completed my first major work I look forward to organising my life more efficiently so I can produce a novel each year for the next few years.

I have read most of the works of Robert Ludlam, Tom Clancy and Ian Fleming and their styles have influenced me. I also attended several writing classes where I received helpful feedback.

Choose a genre that suits you as you need to have incredible perseverance to create and write a major work. Get help in the areas you are not experienced such as publishing and marketing.

My favourite book was channelled by J. Z. Knight from her Guide called by the same name – “Ramtha”.

My latest work, ‘The Minke Connection” is to be released by Smashwords on 25 November 2013. The next short story, “Year 21” will be released just before Christmas this year.

I have set up a series of short stories under the heading “Project L.E.L.” This stands for Project Live – Experience – Learn. The first on is “Year 17” and eventually I expect to reach “Year 40”.

Why are the Japanese killing protected sperm whales???

From the high seas off New Zealand to the intricate demands in the city of Tokyo, The Minke Connection is a spellbinding saga. Matching business versus environmentalism, big organizations versus small and expectation versus experience.

Greenpeace discover that the Japanese research whaling fleet are killing more than the Minke whale. They send American born Canadian John Daroux, lecturer and adventurer, and Carrie Ardley, whale researcher, to investigate. Boarding the factory ship in mid ocean, John finds irrefutable evidence, almost loses his life and becomes Carrie’s lover. Together, John and Carrie go to Tokyo where they evade being poisoned, survive being frozen alive and endure being followed by the dreaded Yakusa. The arrival of Greenpeace chief, Mark Stafford, and his beautiful associate, Petra van de Roer, initiates a counter attack that requires John and Carrie to act as bait. Desperate measures are called for as they endeavour to outwit Takeshi Fujiwara, leader of the cult, League of Blood. John and Carrie are captured and tortured. Time is critical. John Daroux must use all his wits and knowledge to save the Sperm whales and himself. Can they succeed?

John Daroux……New Age intellectual, martial arts exponent and Reki master, he takes on the project unprepared for the tests he will experience. While he can handle the threats and challenges from the Japanese, can he handle the passion aroused by Carrie Ardley?

Carrie Ardley……young, attractive Greenpeace technician, committed to saving whales, takes on this task as an adventure. Fiercely attracted to John Daroux, she suffers torture and finds that he puts the project above her well being. Can she ever forgive him?

Mark Stafford……competent, urbane chief of Greenpeace, he takes on his biggest challenge when he confronts the League of Blood and tries to unravel the reason why the giant trading company, Mosaka Corporation, is killing the protected Sperm whales. Can he overcome the threats?

Takeshi Fujiwara……one of Japan’s most powerful businessmen, and chairman of Mosaka Corporation, he controls the lives of many. He holds a secret that dates back many centuries and the time for action is now. Can he succeed or will the persistent efforts of the foreign controlled environmental “do-gooder” Greenpeace upset his carefully prepared plans?

The Minke Connection, will be released on 25th November as an e-book https://www.smashwords.com/books/view/373619.

Its blog can be found here http://theminkeconnection.blogspot.co.nz/