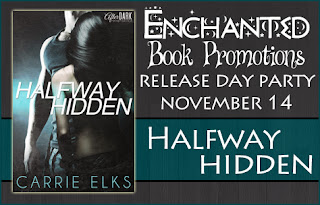 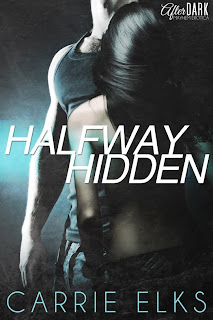 
When fear mixes with desire, who can you trust?

Rachel Stone is stuck, contemplating that very question. Spending her time as a bartender in an isolated West Virginia town, she hides behind dark hair and an assumed name. She exists from day to day, trying not to let her past overwhelm her.

When a tall stranger walks into the bar at closing time, her attempts at hiding turn to dust. Muscled and intense, he is attractive enough for Rachel to ignore her instincts and listen to her baser desires. As a storm brews in the skies of West Virginia, confusion builds in Rachel’s mind. What begins as flirtation explodes into a darker, more primal passion, leading her to question everything she thought she knew.

While snow blankets the outside world, they are forced to remain inside, confronting their demons and the sizzling attraction between them. Submitting to their urges is easy; learning who to trust is anything but.


“You new in town?” She leaned on the counter, resting her chin on her hand.

The stranger looked at her through dark green eyes and placed the bottle down in front of him. His lips were damp with beer, foam clinging to them like jetsam to a wave. He licked it away with a swipe of his tongue.

“I’ve got some business in Addison. I took a wrong turn back on the highway and ended up here.” Running a large finger around the rim of his bottle, he glanced up at her. “The weather isn’t looking too hot, so I thought I’d take a break.”

She wondered what kind of business he had in the next town over.

“Is it looking like snow?” A native Bostonian, she was used to the cold weather. It made her laugh every time snow ground things to a halt.

“Cold enough to.” He took another mouthful. “I guess we’ll see.”

“I’m Rachel, by the way.” She offered her hand to him, and he shook it fiercely. Her cheeks burned when they touched.

She assumed it was his surname, but his short words and his large body made her afraid to ask. He seemed closed off, filled with muscle and adrenaline. Energy radiated from him, washing over her skin, making her feel edgy and out of sorts. She wasn’t sure if she liked the sensation. 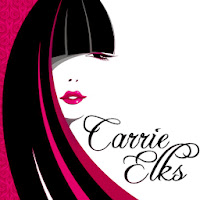 Carrie Elks lives near London, England and loves to write sexy stories with a dash of intrigue. At the age of twenty-one she left college with a political science degree, a healthy overdraft and a soon-to-be husband. She loves to travel and meet new people, and has lived in the USA and Switzerland as well as the UK.

Nowadays, she spends her days sorting out people’s problems at work and her evenings glued to a computer keyboard. An avid social networker, she tries to limit her Facebook and twitter time to stolen moments between writing chapters.

When she isn't reading or writing, she can usually be found baking, drinking wine or working out how to combine the two.