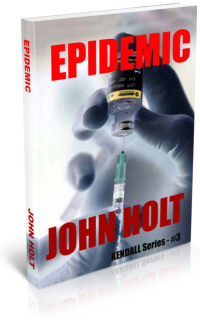 Tom Kendall, a down to earth private detective, is asked to investigate the death of a young newspaper reporter. The evidence shows quite clearly that it was an accident: a simple, dreadful accident. That is the finding of the coroner and the local police. Furthermore, there were two witnesses. They saw the whole thing. But was it an accident, or was it something more sinister? Against a backdrop of a viral epidemic slowly spreading from Central America, a simple case soon places Kendall up against one of the largest drug companies in the country.

There was really only the one major news story that Monday morning. Oh, certainly, there was other news that day; there was no doubt about that. In fact, that weekend had been busier than usual. There had been a major landslide in the northern part of the country following a period of prolonged heavy rain. There had been a substantial amount of damage, but fortunately nobody had been hurt. One hundred and thirty miles to the south, in San Jose, trade discussions with Nicaragua had, at last, restarted after weeks of postponement and delay. On the labor market the Minister of Labor had announced higher than expected unemployment figures, causing widespread protests. And, last but not least, oil workers at the Attico Plant were threatening to take strike action for better working conditions.

Certainly, there was other news, but nothing was quite like that particular news item that dominated all the front pages on that day. Although every newspaper in the country ran the story, it was the influential “La Republica”, based in San Jose, which had broken the news first. The front-page banner headline simply read “Mysterious Illness Strikes” in thick, black letters, almost three inches high. But those three simple words graphically told the whole story, the news report that followed simply filled in the details, such as there were.

“Three people, two men and a young woman, were admitted into the local hospital at Punta Rojas, in the early hours of the morning,” it read. “It is understood that all three were suffering from respiratory problems, and all had a rash to the upper part of the body. A series of tests have been carried out on all three patients, in order to try to determine the cause of the sickness. The results of those tests are still awaited. Preliminary results are not expected until late tomorrow afternoon at the earliest. All three patients are said to be in a stable, but critical condition. An official spokesperson for the hospital said that at this stage it was far too soon to comment on the actual cause of the sickness. However, the symptoms were generally considered to be not too dissimilar to influenza. The spokesperson went on to say that the illness could be due to a previously unknown strain of influenza, or possibly, a mutation. The illness has preliminarily been dubbed Rican Flu by the hospital staff.

It is understood that the Attico Oil Company, which is based in the port of Almeria, employs all three people. It has been suggested that a chemical leak at the oil plant may be the cause of the illness, at least in part. The Health Ministry has said that at the present time there is no evidence to support this rumor. It also stresses that at no time was there any danger to the general public, and that there is no cause for alarm. The plant has now been evacuated, except for key personnel. The area has been completely sealed off. The authorities are stressing that the situation is now fully under control. Emergency teams, including chemical specialists, are currently on the site carrying out a thorough investigation. In the meantime the public are being advised to wash their hands, and, as far as possible, to keep away from crowds. Furthermore they are being told to only make essential journeys. Anyone feeling unwell should take two panadol tablets, drink plenty of fluids, keep warm, and rest.”

In the later editions there were no further details regarding the sickness. There was, however, a small additional news item regarding the alleged oil leak. “Rumors continue to spread regarding a possible oil leak at the Attico Plant. However, a spokesperson for Attico Oil has subsequently denied that there has been any chemical leak at the plant, as previously reported. The plant has been thoroughly checked and no problems have been reported. It is understood, from Interior Ministry sources, that the plant is to remain closed for the next few days at least, and possibly as long as until the middle of next week. It was also reported that there have been no new cases of the mystery illness.” 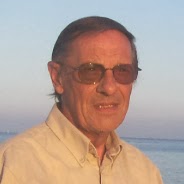 
I was born in 1943 in Bishops Stortford, Hertfordshire. I currently live in Essex with my wife, Margaret, and my daughter Elizabeth. And not forgetting Missy, the cat who adopted us, and considered that we were worthy enough to live with her. For many years I was a Chartered Surveyor in local government. I was a Senior Project Manager with the Greater London Council from 1971 until it was closed down in 1986. I then set up my own surveying practice, retiring in 2008.

I suppose like many others I had always thought how good it would be to write a novel, but I could never think of a good enough plot. My first novel, “The Kammersee Affair”, published in 2006, was inspired by a holiday in the Austrian lake district. We were staying in Grundlsee. The next lake, Toplitzsee, was used by the German Navy during the war to test rockets, and torpedoes. As the war came to an end many items were hidden in the lake – millions of UK pounds, and US dollars, in counterfeit currency; jewellery stolen from the holocaust victims; and weapons. There were also rumours of gold bullion being hidden in that lake. Despite extensive searches the gold was never found. In my book, however, it is found, only in the next lake, Kammersee.

The books that followed, The Mackenzie File, The Marinski Affair, and Epidemic, all feature Tom Kendall, a down to earth private detective, and were originally published by Raider Publishing in New York. My fifth book, A Killing In The City, another featuring Tom Kendall, was originally published by Night Publishing. In August 2012 I decided to go down the self published route, and formed my own publishing brand PHOENIX. All five novels have now been published on PHOENIX. A sixth novel “The Thackery Journal” was published on 8 August 2013.

I am currently working on two other novels featuring Tom Kendall, and I have made a tentative start on an Adventure novel.