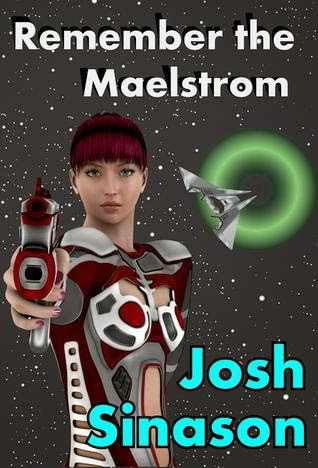 A botched investigation into the past triggers a domino effect, thrusting T.I. Agent Amanda West into a race to get home to the man she loves in a future that may no longer exist.

I noticed his hand shake. That should have been my first cue something was wrong. He clutched his gun so tense his knuckles turned white. This was his first op, and it already went way far south way too soon. This was just supposed to be a routine run: bring back a fugitive who had bolted through an unauthorized time portal. We were the closest ship to it. He was just one guy, but he had a gun. Who would have thought things could’ve gone so wrong?

I kissed the scar on my right hand before we chased him through Central Park in the year 2014. It was a silly ritual, but when I found myself far from home, I started to get superstitious. On cold nights, when time, space, and a universe kept me away, I’d look at that scar and think about Parker.

Winger was a hair faster than me catching up with our time jumper. Maybe if I’d been there a second or two sooner I could have stopped him, but I arrived just in time to watch him aim his gun. I was just within view when our jumper pulled in a hostage, a little girl, something that would’ve made any experienced agent hold his fire.

Winger was just reacting on instinct.  He didn’t pull back in time, and the guy held the kid in front of him. The scene played out in slow motion. Maybe Winger thought he could make a head-shot on the perp, or maybe he just fired in the heat of the moment; we were both tired. All I knew was, as the girl and our jumper fell to the ground, the look of horror on Winger’s face didn’t last long.

I’d never seen a person fade from existence before, not until that moment. The theory, according to Temporal Investigations, was that one dies before actually disappearing completely. Sheer shock and horror was the killer, like falling off a tall building. But Winger looked me in the eyes the entire time, silently pleading for help as he faded right in front of me. I reached out to grab his hand, but it vanished, and that’s when I noticed my scar begin to ghost.

I didn’t know who that little girl was. Maybe she had invented something that made the Galactic Conferences possible, or maybe she was the grandmother of the grandmother of someone who assigned cores in the Academy, and because she no longer existed in the future, Parker and I may have ended up in different course plans. Or maybe she did something at just the right moment, a move in one direction or another, a decade from now, and things just fell into place for us. It was impossible to tell what could happen without her influence, but I feared something was wrong. I could have lost Parker already without even knowing it.

When I saw that scar on my hand ghost, I knew it was a sign that the time stream was starting to realign. We were briefed on ghosting at the Academy. They told us to run; they said always run back to the ship, flat out as fast as we could. But we all knew the truth. We couldn’t outrun a time realignment. It would be like outrunning the hand of the universe.

The moment I saw that scar flicker, I took off in a dead sprint back to the ship and leaped into the captain’s chair. As the controls came on around me I felt the hum of the hyperspace time bubble curling around the ship like a warm blanket. Then, when I tried to catch my breath, I felt a hot sting in my gut. Our jumper had managed to get off a shot, and as luck would have it, his blaster charge went straight through Winger’s ghosting body and hit me in the stomach. I did my best to breathe slowly, but each inhale felt like razor blades slicing through my chest. I winced and put pressure on the singed and bloody wound then throttled up the engines.

“Well today just sucked, didn’t it.” I looked at the picture of Parker I kept on my dashboard. We had our pictures taken when we were assigned to The Bartlett. Knowing this meant I hadn’t forgotten about him...at least not yet. Then I looked to make sure the hyperspace time bubble had restored the scar on my hand. Yes. I gave it another kiss for luck. Just lifting my arm sent shooting pains through my stomach, but I figured I needed a fair amount of luck right about then, so the pain was worth the effort.

“Just make it home for dinner.” I clutched the steering yoke tightly. “Just one more trip.” I forced a breath. “Let me see that everything is all right with Parker. Then let whatever changes I’ve made to the future do what they will to me.”

“Some time cop I turned out to be.”

I slammed on the thrusters hard and gunned the engine boosters through the time jump, but the inertia field didn’t have time to boot up, so I felt my ribs crack as my chest slammed against the crash belt and the back of my head bounced off the top of my chair.

I screamed in pain.

In flight school I had experienced what happened without an inertia field. Senior cadets would watch Parker and I train in the flight deck sim. We’d shoot to hyperspace without any problems. But every once in a while the cadets would program in an inertia field glitch just to see how we’d respond to the stress, at least that’s what they told the instructors. It was really a rite of passage made worse by the fact that the simulator didn’t have crash belts, so the only way to go was flying backwards. If it wasn’t for the crash helmets, our brains would’ve splattered against the cold metal exit door.

“Stupid prank,” I said, spitting blood. I was bleeding internally. The scar on my hand ghosted again. The time bubble was weakening already, so I started going over my past, wondering just how much of it I would forget. 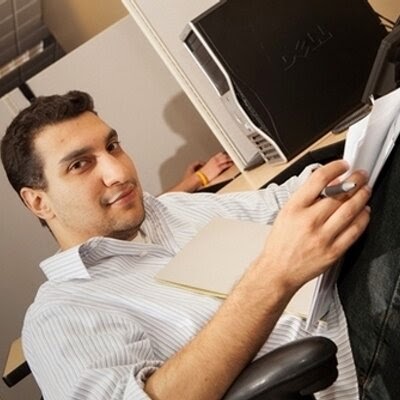 Josh Sinason grew up in DeKalb, Illinois, and has been featured in the Two With Water reading series and at DIY-Film.com.

In addition he has won the Creativity in Media award for his work on www.stairwellblog.com