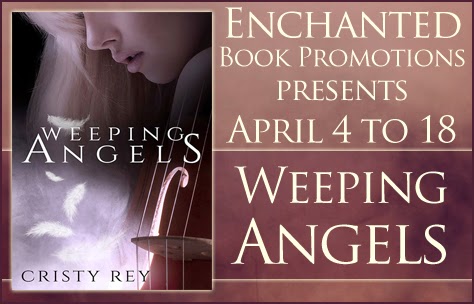 Right now, I’m working on a new novel—probably two novels of a new paranormal mystery series—for this one, I’m doing a very structured outline. I’m following KM Weiland’s advice from Structuring Your Novel. It’s almost like an experiment for me because, up until now, I’m somewhere between a pants-er and an outliner. Something like Weeping Angels just came out of me. Straight onto the page. Marathon writing sessions. It consumed my every minute of every day for the weeks that I was working on the first draft. Usually, though, I start a novel and, once the story takes shape, I stop and write a bullet point outline of plot points, scene summaries, and character reactions… that kind of thing. I’m curious to see how planning out something at the level I’m planning out this next project is going to work out.

All my stories start with characters. The plot usually flows from there: What kind of problem does this character have? What does this character want out of life? Can I—as a writer—set my character on a journey that will resolve their conflicts? Because of that, yes, in a way, the character does take over. I do a lot of revision both as I write a first draft and many times after between prepping the manuscript for my team of beta readers and readying it for editing. I’d rather not interfere with their processes—the characters’ processes—if it moves the story along. Later, I cut out the stuff extraneous to the plot.

I’m Cuban and I live in Miami so I eat Cuban food practically every day and, some days, for every meal. Then again, I’m a fan of seafood and fish which isn’t necessarily a staple of Cuban cuisine. If I had to choose a whole cuisine that I could eat for the rest of my life, it would be Thai… but then I’d miss breakfast and breakfast is my favourite meal of the day. My favourite foods are all breakfast foods.

I think I made that awful transition from night owl to morning person a few years ago. I guess when I settled in, I lost the gusto for nightlife, but I’m recently getting it back. Let’s see if I can successfully make the transition back. After all, I live in a party town where the bars don’t close until 5 a.m.

I like lighthouses. I like autumn leaves changing. I like the rocky ocean cliffs. I get one of three of those things in Miami, but I’m not satisfied. If I could travel to some place like the coast of Maine or some coastal town in Spain, I’d probably never want to leave.

True story: I read a book that was set in Miami—where I’m from and where I’ve lived my entire life—and it was written by a person who lived just north of here in a neighbouring county. The author paid a lot of attention to setting. A lot. But it was consistently wrong. Just plain wrong. I thought, “If someone who visited here all the time… someone who perceives herself as a local could get it this wrong, then clearly Miami is misunderstood in popular literature just as it’s misunderstood in other media, including news.” I decided, then, after writing a few books that were set in other locations that I would focus on Miami—the real Miami. Miami filled with people with naturally tanned skin, heavy Spanish and Haitian Creole accents, and incredibly oppressive heat. A unique city where the minority enjoys majority privilege. A place where everyone is surrounded by people they’re nothing like and somehow manage to get along. It’s a truly rich environment. That’s “distant” to most people. When people think of my hometown, they think of three blocks on South Beach. I think that’s unfortunate.

Not while writing. Not as I’m tapping keys. But I do get inspired by music. I curate playlists almost as carefully as I construct the stories. They inform the characters. Weeping Angels is, in particular, driven by music. Frankie is a musician and the type of music that she writes and performs is integral to the story.

Weeping Angels is a novel I wrote on the heels of my friend’s death. At the time of her death, we were estranged. She is my Iris—the real woman who inspired the character whose death concerns the plot. Frankie and Topher are the two protagonists and they, for different reasons, are estranged from Iris at the time of her death. Believing for so long that they didn’t have roots, becoming as uprooted as they do because of the death takes them by surprise. They are brought together by this circumstance and fall in love. It’s a complicated story about complicated people—real people with real flaws and real opportunities to improve their lives.

I couldn’t even start listing all the things I’ve learned in the last week let alone the last couple of years. I’ve learned just as much about myself as I have about the business and craft at large. I think I learn something new every day—whether it’s a new tool for writing like Weiland’s Structure Template for Scrivener, or a new skill like formatting, or a new factoid about virtual marketing.

I think the first year of having my own business—because that’s what it’s been—has taught me a lot of lessons, but I don’t think I’ve done anything “wrong” so to speak. I’m still learning.

I mentioned Miami before, and that’s a big influence. But I think, overall, my life and the people that I’ve met in this wonderful, extraordinary, and completely unexpected life have set the tone for the stories that I like to tell and the characters I invest myself in. All of that—along with good music and bad weather—influence me daily.

I’d say that Stephen King’s advice is the best you’re going to get: Read a lot. Write a lot.

I’m at a loss to pick just one because then it sort of defines me, right?

At eighteen years-old, Sam DeCastro moved to Tallahassee to lend her recently widowed brother a hand in caring for his two small children. Five years later, Sam is their sole caregiver, and her troubled brother increasingly fades from their family picture. Not a mother to the children that she raises. Not a wife to the brother that she’s shackled to. Not a daughter to the parents that hardly loved her as a kid. Not a cookie-cutter example of the perky PTA parent—not with her tattoos and penchant for heavy music, twenty-three year-old Sam has practically no social life, no college degree, and no room for love in her life.

Jake Turner is the counselor at Canopy Hopes where Sam’s niece and nephew attend school. Jake had Sam once, and then he lost her. Six months later, when they reunite for a parent-teacher conference, sparks reignite. With Jake back in the picture, Sam must decide what she wants for her own life: Stay trapped in a platonic marriage with an absent husband of a brother? Strike out on her own, leave the kids behind, and never look back?

Jake isn’t sure that Sam sees a happy medium, but he wants her to. He knows that, if she doesn’t, there won’t be any room for him in her life.


List of previous books if any
The Incarnate Series—Taking Back Sunday, Trail of Dead, and Wolf Parade (Fall 2015); Standalone women’s fiction—Heart Grow Fonder, Weeping Angels, and The Closest Thing to OK (May 2015).

Any websites/places readers can find you on the web.
www.cristyrey.com 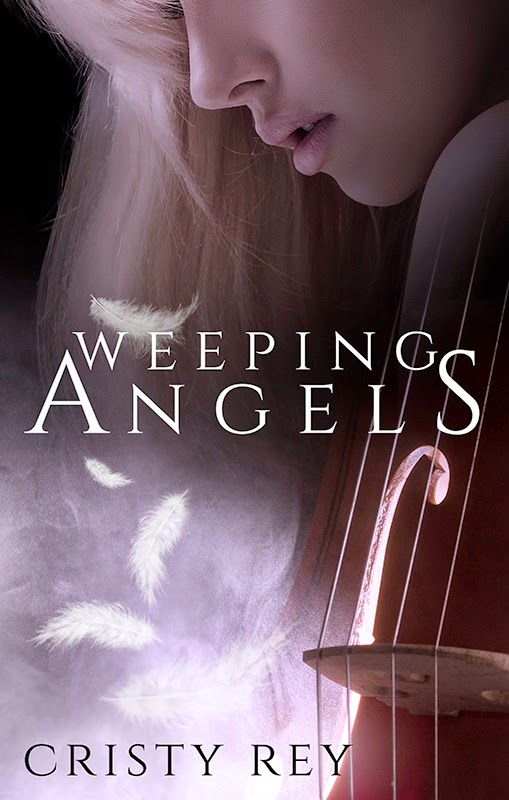 Four years ago, Frankie Rios walked away from her best friend and big sister, Iris. To Frankie, Iris died the day that she last rejected Frankie’s attempts at getting Iris alcohol and drug treatment. Rather than accept grief for her beloved sister’s loss, Frankie turned to her music. A renowned cellist, Frankie has managed to ignore the pain and suffering of losing the person she loved most in this world. With Iris out of her mind and out of her life, Frankie was able to move on…or so she thought. Until Iris really died.

Topher went to war in 2001 only to return two years later damaged and broken. Unable to reconcile the war vet with the boy he used to be, Topher gave up on life. When Iris Rios, his long-lost childhood best friend, dies from liver failure at thirty-two years-old, Topher is forced to confront his past.  He must decide whether he deserves to heal. He must decide whether he will take that first step and then take another until he can recover what he lost: himself.

Weeping Angels is a story of grief carried and grief ignored. It’s about learning to love and moving on. Mourning someone once is hard enough, but mourning someone twice is unimaginably harder.

Cristy Rey is the author of the urban fantasy, Incarnate Series. She also writes unconventional, romantic women’s fiction. She’d say she writes the books Jane Austen would have written if Jane had been a riot grrrl. Cristy lives in Miami, FL where she spends most of her days in a library and most of her nights surrounded by cats.