D.A. Karr has been writing books and screenplays for the last ten years. Her experience and employment includes firefighting in the U.S. Forest Service, law enforcement, IT engineering, and several years with the Space and Naval Warfare Systems Center San Diego (SSC San Diego). She has a Master’s in software engineering.

D.A. Karr enjoys writing in a variety of genres including sci-fi, thriller-mystery, historical fiction, and screenplays.  She is the author of several books including LINK, The Legend of Pendyne, and The Racehorse with Magic Shoes.

To learn more, go to http://www.racehorsewithmagicshoes.com/

I do storyboarding and content outlining. Then everything flows.

They usually do. They write the story, I just type.

London. It’s busy with all kinds of people.

Sometimes. Everywhere from the Mediterranean, to the Antarctic.

Not usually. Depends on what I write.

Link is the bi-product of what was once a screenplay, edited over and over, now a novel and thrilling twist on the good versus evil battle.  Research was a key component to this book, it proved difficult to find weapon systems, swear words, names, abbreviations, places, and events that never existed.  This is a book for all that sci-fi readers in particular will really be thrilled to see.

The main character, Captain John Garrick is a killer by nature. He was born to kill. And at the hands of Captain Orius Becker, he was used to finish off the criminal element in the N.S.T.E.A.

No amount of careful planning can prepare the time jumpers for the dangerous enemy that seems to predict their every move.  As the N.S.T.E.A seals a deal to deliver time technology to the notorious outlaw, Menser, Garrick plots to undermine the N.S.T.E.A. Technology becomes the enemy and time an illusion as Phoenix's crew prepares for the inevitable - a fight to the finish.  The future can be uncertain; then again, it could be the time jumpers last.  Garrick doesn't live by its rules, and he knows one thing is for sure: kill or be killed.

Know what your market is. Get a good editor. Write and rewrite until it’s perfect. Get a good cover.

I couldn’t think of anything on my new book. I planned it and it was engineered to do what it’s doing.

Take writing classes. You have to know the difference between natural dialog and static. You have to pick a genre you’re comfortable with. There’s no short cuts.

My favorite book is my own. However, others have influenced me. 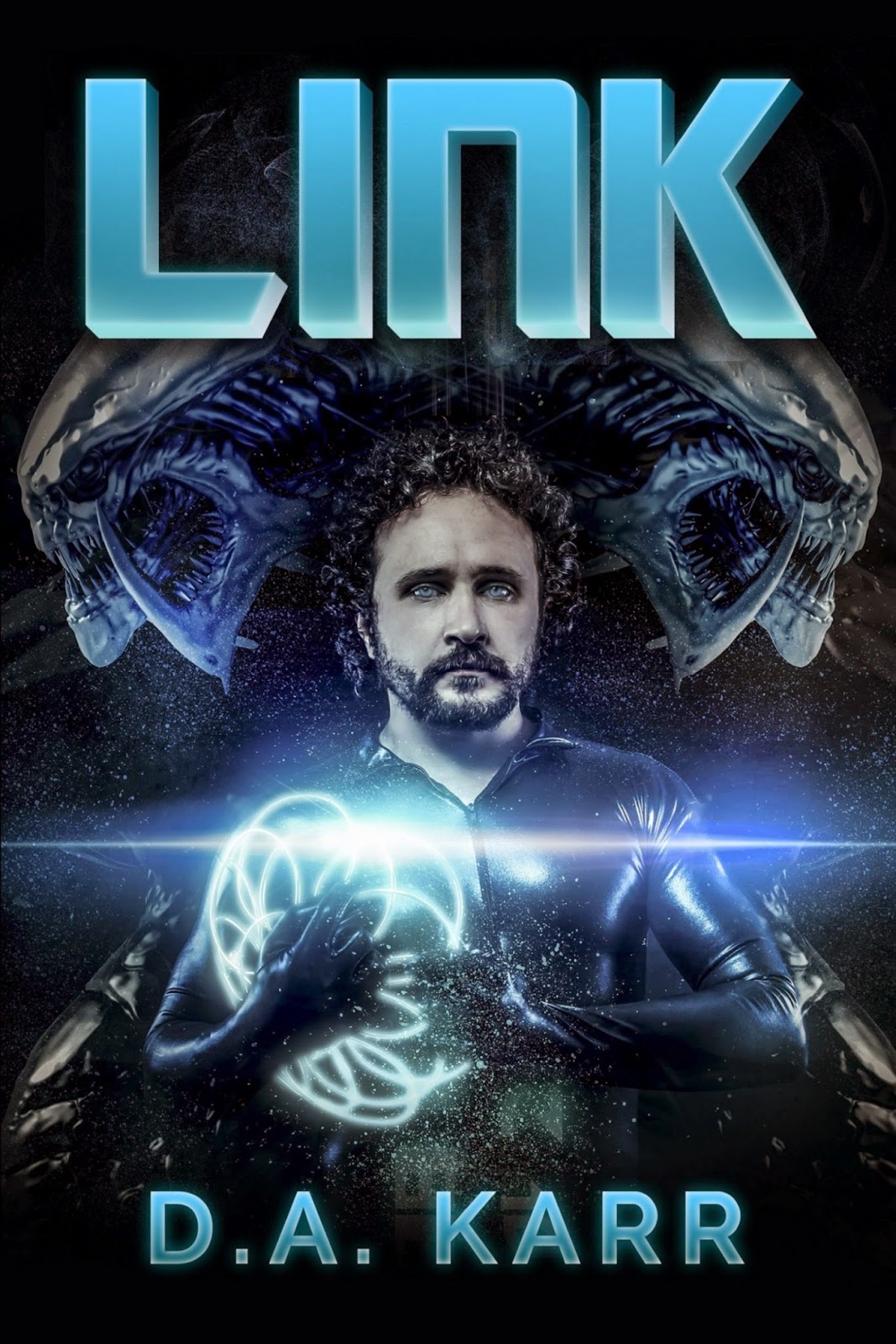 LINK, by D.A. Karr, is a sci-fi thriller set in the year 2800, in a future apocalyptic world. It is suspenseful, intriguing, and action filled. Tom Clancy and Clive Cussler fans will enjoy reading this book.

As the Earth shifts on its axis, all the continents either divided into small islands or converged into desert or ice. Humankind is caught in a war of survival and time.

Captain John Garrick of the Phoenix ship is a time enforcer at the National Space Time Enforcement Agency. He discovers that the N.S.T.E.A has sealed a deal to deliver time technology to the notorious outlaw, Menser, in exchange for Charles Ramsey, the ousted ex-president of the United Sectors.

Garrick plots to stop the deal from being carried out, and he and the Phoenix's crew prepare for the inevitable fight.

LINK has a classic sci-fi theme of good guys versus bad guys… If you’re a fan of Battlestar Galactica, LINK definitely has some of its great panache which makes it enjoyable.