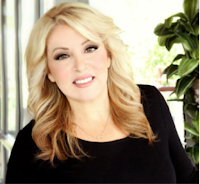 Natalie Scott enjoys writing young adult contemporary romance novels. She published her debut novel Rules for Riders in August 2014. Rules for Riders is a fast paced coming-of-age novel set in the competitive world of equestrian riding. Becoming Famous, the long anticipated sequel to Rules for Riders, was released in July 2015.

Natalie is originally from Australia and has lived in New York and Los Angeles. She currently resides in Scottsdale, Arizona.

Planning a novel is like planning a party. You can have the most carefully laid out plans, but once the guests arrive, in my case the characters, you never know what they’re going to get up to. That’s what’s fun about being a writer.

Most definitely! It’s like birthing little monsters. You never know what is going to happen. However, if they get too out of line you have to push them back into place. Always remember, as a writer, you’re the one who calls the shots.

I have a wicked sweet tooth. I’m a chocoholic!

I used to be a night owl, but I’ve trained myself to be a morning person. I think I am more productive in the morning, especially when it comes to editing.

Yes, being an avid traveller myself, exotic places are heavily featured in my books.

A little bit of light music can definitely get the creative juices flowing. But you never want it to over power the written word. 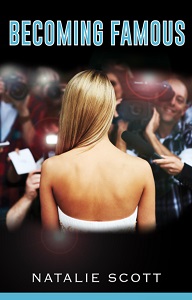 That it is a process. As a writer, you have to wear a lot of hats: writer, editor, promoter, and social media whiz. It’s been an amazing journey.

I’m not going to lie to you. I’ve made some mistakes along the way. But I don’t think I would change a thing. Making mistakes is how we grow and learn, not only as writers, but as individuals.

My third grade teacher Ms. Buckett read my class the Lion, the Witch and the Wardrobe. I love how the children go into the wardrobe and enter another world. I think that’s what’s great about really good writing, it can take you to a place you’ve never been. If you ask me, all the best stories are about escape.

A lot of people think that once you finish writing the book, you are done, when it’s really just the beginning. Promoting your book on social media is really important. And doing interviews are a great way to get the word out.

My favorite book is Catcher in the Rye by JD Salinger. I love the way it’s told in first person. I know a lot of people like third person, but I like first person novels, I love the immediacy. You feel like you really know the character. That’s why I decided to write Becoming Famous in first person.

Bebe Barkley has never released a sex tape. She’s not America’s Next Top Model. She didn’t get pregnant at 16, and has never auditioned for American Idol. In fact, she’s holed up in a hotel room at the Waldorf in New York City, totally depressed. She doesn’t know it yet, but she’s about to become famous.  A former equestrian rider, Bebe had a bright future until a tragic accident changed everything. Now she’s unable to return to her old life, yet incapable of moving forward.

Follow her as she ventures from New York to LA, the City of Broken Dreams, where she will find everything she’s ever wanted, only to risk losing the things she truly loves.  Join Bebe in her heart-stopping journey in Becoming Famous.