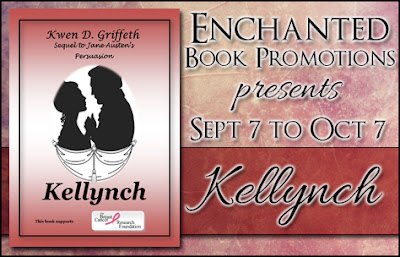 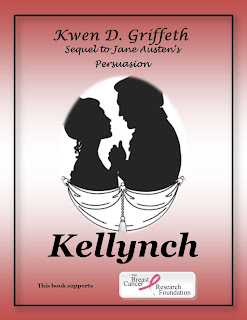 The story of Kellynch picks up three years after the couple married and were able to secure the Kellynch estate from Sir Walter and Cousin William Elliot agreed to waive the entailment.

It would seem all is well with the young couple, but all is not as it seems.

Kellynch is a story of deceit and treachery as well as courage and overcoming the odds.  It is a story in which those who were assumed to be friends are not and where support comes from unexpected places.  Love again, will, be tested in a story set against the backdrop of historical events.

Throughout the book, I have tried to remain true to the characters as Miss Austen created them.  I sought to develop and introduce new characters that would meet with her approval.

Sir Walter turned toward the door, but was stopped by the urgency in the Prime Minister’s voice.

“Sir Walter, please, do not leave.”

“Sir Walter, those men you mentioned, including your son, deserve all the credit and admiration you give them, but do you realize the service and sacrifice they willing give is for you?  Yes, you live a life far removed from the challenges of the day, but your life is important and it has value beyond what you may think.  You and others like you represent the ideal, the perfect English life, if you will.  You put a face on why these men do what they do.  They know they will never be a part of your world, and truth be told, most would not enjoy the idleness of it, but they admire it just the same and they plant the seeds to spread it around the globe.”

Sir Walter responded with a closed lipped smile, “Sir, you have no need to patronize me, but I appreciate your efforts.”

The Prime Minister rewarded him with a full-toothed grin, “Patronize you?  Is that what I am doing?  Sir, do you now reside at Kellynch?”

“I have been informed, by my wife, that we will be visiting Kellynch next month.  Perhaps you and I will find time to continue our discussion.  On my word, sir, I have no desire to patronize.”

“Do you mind if I ask why you will visit and rest assured I welcome your company and your wife’s.”

“I am told Kellynch boasts some of the finest flower gardens in the county and my wife dearly loves the gardens.  Is it true?  Do you have the finest gardens?”

“I have been told that, though, I would not know.  I am not a bug; I have no interest in flowers and other such housing for insects.  Any time spent in a garden is wasted and better spent at the card table, in my mind.”

The Prime Minister’s eyes brightened, “You play cards, then?”

Sir Walter cocked his head, as if to indicate what a silly question, “I do.”

The Prime Minister’s eyes narrowed as if he was circling prey, “For money?”

Sir Walter was taken back and he huffed before answering, “Is there any other kind of card games?  For adults, I mean.”

The indignation was met with a laugh, “No, I do not believe there is.  I suddenly find myself much more enthused about our upcoming visit.  I look forward to seeing you across from me at the table and I hope your purse is full.”

Sir Walter grinned, “And I sir, hope you bring your coin.  Is there a particular drink you would prefer to be served to lessen the sting of losing?”

The Prime Minister laughed loud enough that several men in the vicinity stopped and looked at the couple.  “Good heavens, man, you would have me elevate myself to the truly aloof.  No, I will happily drink whatever you choose to serve as I take your money.”

Sir Walter bowed at the waist, “In a month, then.”

The Prime Minister followed, “Indeed, in a month.” 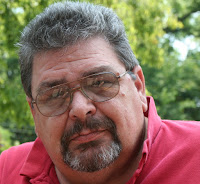 When describing my life, I think Douglas Adams said it best, “I may not have gone where I intended to go, but I have ended up where I needed to be.”

Books have always been a large part of my meandering.

I grew up on a ranch in southeastern Idaho and my friends were a mixed and rowdy bunch.  Louis L’Amour told me tales of the west, but Edgar Rice Burroughs took me to the jungles of Africa.  Sir Author Conan Doyle walked with me through the fog-covered streets of London, and Jane Austen taught me to be a gentleman.

I read several other authors but I was fourteen when I met the man.  Sitting in an English class, I chose a book from a required reading list and I was introduced to Ernest Hemingway.  His book, “For Whom the Bell Tolls,” allowed Mister Hemingway, Robert Jordan, and I to fight in the Spanish Civil War and I never left Idaho.  When I closed the back cover, I knew that no matter whatever else I did, I would be a writer.  Even today, when I think back, I am still in awe of how Hemingway’s words touched the soul of an adolescent boy.

I entered the Army a year after high school and stayed in uniform for the next two decades.  The military offered me the opportunity to live my own adventures separate from the ones I lived vicariously in books.  While in uniform, I worked in a variety of fields, Infantry, Military Police, and Military Intelligence.  I worked on a psychiatric ward and later at a drug and alcohol rehabilitation center.  I took trips to Mexico, Canada, and twice to Germany.  I have visited the forty-eight contiguous states and desperately want to see the other two.

Along the way, I met and kept printed friends Allister Maclean, Robert Ludlow, John Grisham, and Tom Clancy.  I had flings with several others, Joseph Wambaugh, Clive Cussler, and Stephen King.

I started to write and failed.  Repeatedly, I would start a story, only to end it and discard it as it sounded too much like the works of one of my friends.  I went through periods when I refused to read, because I was frustrated and angry with those friends.  Those friends who were what I wanted to be.

Fifteen years ago, I got sick.  I got sick and it was misdiagnosed.  I almost died, but then I met the doctor who figured out the riddle and, with his help, I started working my way back.  As I got better and my brain got stronger, stories, characters, and plots started to form.  I found my voice and I published my first book, a novella called “Dear Emma,” in February 2012.

I used to feel strange telling people, “I got better and now I hear voices,” but the statement is accurate.  I feel I am in good company as several authors have made such references.  As I said at the beginning, I am exactly where I need to be.