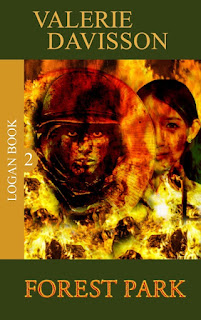 Critical choices made in the drama and chaos of the last days of the Vietnam War reach across the Pacific to modern-day Portland, Oregon, threatening to destroy the lives of those who managed to cheat death in 1975. When a violent explosion takes a woman’s life just steps away from Logan McKenna’s downtown hotel, the police suspect all the wrong people, including a homeless vet and two of Logan’s new friends; but are any of them completely innocent? While unraveling the tangle of half-truths and secrets to help her friends, Logan’s personal life suffers an explosion of its own. Each character must decide not only whom to trust, but at what cost.

In addition to writing a great story, in FOREST PARK: Logan Book 2, Davisson skillfully deals with tough questions about our attitude toward refugees, immigration, the homeless, and our military vets. Through the eyes of her original and complex characters, she invites us to explore the true nature of hope, redemption, family, character, and love.

Ignoring a solitary crow cawing overhead, Michael raised the rifle to his shoulder and took aim. If he did this right, he would only need one shot. Like playing pool, it was all about the angles. The blue-tipped bullet was a beautiful thing. Flying swift and straight, trailing a two-foot tail flame, making a loud thump, it neatly pierced the thirty-gallon propane tank and exploded out the other side. Knocked through the flimsy back door into the blue and-white truck, the propane tank, safety features now breached, began rapidly venting.

Seconds later, as the Subaru sped away, a loud explosion sent a fireball into the air with a whoosh, followed by an angry, nonstop roar as the fire began its work.

Satisfied, Michael dispassionately began dismantling his weapon as Teng drove toward Sonny’s place near the docks. There were no cameras, and no one was out this early, but it wouldn’t matter if anyone saw anything, anyway. They’d be long gone before the police got there, driving another car. No need to worry about fingerprints or brass, either. Sonny still used his uncle’s guys, and they were thorough. The Subaru would not only be completely clean, but a completely different color by tomorrow morning.

Thirty minutes later, they slipped across North Steel Bridge in a Honda Civic, baby-puke green. Not exactly his style, but it got them out of town. As soon as he got enough, he was going to pay cash for a decent ride. Black and solid.

Grinning at Michael in the rearview mirror, Teng pulled into the fast lane.

What they hadn’t seen, couldn’t have seen, but would have smelled if they had stayed to watch their handiwork, was a small burned body—blown to the front of the truck by the explosion, jammed under a counter, clutching her dreams. 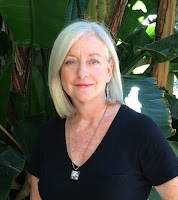 A self admitted book addict, Valerie was the kid with the flashlight under her pillow, reading in bed long after lights out.  Her exposure to different cultures led to a pervasive interest in people, with degrees & teaching credentials in Cultural Anthropology & English.