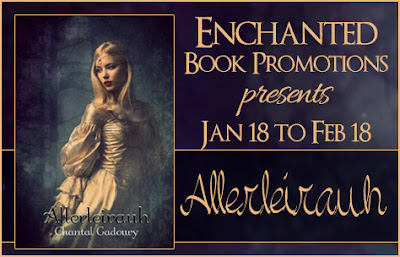 Once Upon A Time…

A King makes a promise to his dying wife to marry only someone with her golden hair. The King finds his eyes are turned by his maturing daughter. Realizing her Father’s intentions, Princess Aurelia tries to trick her Father by requesting impossible gifts: Dresses created by the Sun, Moon and Stars and a Coat made of a Thousand furs. When she discovers his success, Aurelia decides to sacrifice her privileged life and escapes the Kingdom disguised in the cloak, and under a new name, “Allerleirauh.” Aurelia enters the Kingdom of Saarland der Licht where she is taken under the wing of the handsome Prince Klaus. Aurelia must face herself, her past and her fears in her journey of self discovery.

“Allerleirauh” is a Retelling of the Grimm Brothers’ Fairy Tale classic.

A dying queen makes the king promise that he will marry again, and that his new wife must be as bueatiful as her, with her golden hair.

The king takes it into his head that he can marry no one else but his daughter in order to keep the promise to is dead wife. Trying to stall him, the princess asks for tree gowns: one of moonlight, one of sunlight and one of starlight. She also asks for a coat of a thousand furs from all the different animals in the kingdom, thinking that these things couldn't possibly me made.

When the king presents her with all these gifts, she has only one option and she runs away with the help of her maid. She is no loger Princess Aurelia, but Allerluliah, 'girl of a thousand furs'. And she finds shelter in the neigbouring kingdom in the palace of Prince Klaus.

I have a soft spot for fairy tale retellings. The fairy tales we've heard as children are really the bare bones of the story. But here, the author has taken the tale and added to it, given it more depth and characterisation than the original. The character we get to know most about is Aurelia, as the whole tale is told from her point of view. I would have liked to have been in Prince Klaus' head for some of it, just to see what his thoughts and feelings were.

Despite it being a fairy tale, Aurelia doesn't wait around for a prince to rescue her, she rescues herself with a bit of help from her maid. It's not a comfortable tale because of the subject matter, but it is handled delicately and is not done to shock or in a gratitious way.

I did enjoy the story and the writing has a fairy tale/fantasy type feel, but there were a few niggles which jarred me out of the story. There were a few wrong word choices in a few scenes: decorum instead of decor, curiosity was peeked instead of piqued, things like that. They weren't enough to make me stop reading as I wanted to find out what happens, but they did make me scratch my head a bit. Another round of editing would have made it so much better. 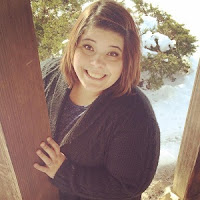 Chantal Gadoury is a young author who currently lives in Dover, Delaware with her two cats, Theo and Harper and her fiance, Robert. Originally from Muncy, PA, Chantal appreciates the beautiful mountains and enjoys visits back to see her family. She also loves anything Disney and has a reputation of beating anyone at a mean game of Disney trivia.

When Chantal is not writing, she enjoys painting, watching British History Documentaries,  drinking iced-coffee and spending time with loved ones. Chantal first started writing stories at the age of seven and continues on with that love of writing today. Graduating from Susquehanna University with a Creative Writing BA, writing novels has become a dream come true.