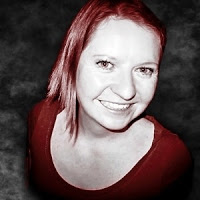 After teaching English literature in the UK, Japan and Malaysia, Helen Harper left behind the world of education following the worldwide success of her Blood Destiny series of books. She is a professional member of the Alliance of Independent Authors and writes full time although she still fits in creative writing workshops with schools along with volunteering to teach reading to a group of young Myanmar refugees. That's not to mention the procession of stray cats which seem to find their way to her door!

Helen has always been a book lover, devouring science fiction and fantasy tales when she was a child growing up in Scotland.

Helen currently lives in Kuala Lumpur, Malaysia with far too many cats - not to mention the dragons, fairies, demons, wizards and vampires that seem to keep appearing from nowhere.

You can find out more - and learn how to get a FREE copy of Corrigan Fire - by visiting Helen's website: helenharper.co.uk

I’m a total pantser - I write by the seat of my pants and just go where the story takes me! I think I’m always going to be a reader first so what I love about writing is not know what’s going to happen the next.  The characters usually tell me where the story is going to go next!   Where do you dream of travelling to and why?

I’ve always had itchy feet and I’ve spent the better part of the last twenty years travelling.  I lived in Thailand for a year when I was eighteen then, somewhat later in life, moved to Tokyo.  Now I’m in Kuala Lumpur, Malaysia where the weather is hot and life is good! With that said, however, I’ve always wanted to go to South America.  I know South East Asia very well but South America has always seemed exotic and with so many interesting and varied cultures.  I’ll get there one day!

I tend to base my books in the UK.  It’s so rich in terms of history and mythology that it’s just ripe for all kinds of urban fantasy stories.  As a Scottish lass, it’s also obviously a part of the world that I know well.  I love taking places that I’ve visited and then imagining wild and wonderful plots that could occur.

Nope.  I block out any sounds when I’m writing so music wouldn’t work for me!

Gifted Thief is the first book in a new series set in Scotland - but a Scotland that’s very different to the one we know.  Rather than being joined to England in the eighteenth century, the entire Lowlands area was over-run by demons.  Now only the Highlands remain free although they’re run by a tight knit group of Scottish Clans. The main character is a young Sidhe woman called Integrity who, ironically enough, is a career thief! She should have been living a life of wealth and privilege but her father slaughtered her Clan when she was just a baby and she was dumped as an orphan on someone else’s doorstep.  All Sidhe are Gifted with magical abilities when they are thirteen years old but Integrity ran away before that could happen.  She’s perfectly happy to stay as far away from that world as possible … but circumstances conspire against her.

So much! I started writing simply as a hobby to please myself.  I genuinely never intended to publish a thing and, when I did, never expected that anyone would ever read what I had to offer.  I feel like I’m living the dream and that every day I have to pinch myself.  It’s such a brave new world in terms of publishing nowadays, and it’s constantly changing and in a state of flux so it’s very important to pay attention to everything that’s going on.

I think after a few years of doing this, I have a very good grasp of what I can do myself and what I need to hire other people to do for me.  I don’t have any eye for covers so I’m very lucky in that I have a wonderful cover designer who’s able to put my ideas into reality.  Equally, despite having been an English teacher in a former life, it’s vitally important to still have a professional editor look at each book.  I’m always learning new things though.  Writing is a bit like life - you never know it all!

I have a strong group of fellow writers who I chat to online and I think that if I could go back, I would tried to find similar groups far earlier as the support you can get from others who are doing the same as you is absolutely invaluable.

Don’t think about the end result! Enjoy what you’re doing and write a book that you would want to read yourself.  If you’re not passionate about what you do, no-one else will be.

First and foremost, I’m a reader so to pick out one book or one writer is next to impossible! I do often hark back to the authors I loved in my younger years - Julian May, Piers Antony, Raymond Feist and JRR
Tolkien.  I have eclectic tastes though.  Last year I read A Little Life by Hanya Yangihara and I was completely blown away.  It’s not for the faint-hearted but it’s a wonderful book and I’m recommending it to everyone I come across!

Honour Bound - book two of the Highland Magic will be released on February 29th:

Integrity Taylor should have been a Clan princess. Instead she's lived a life on the very periphery of society. Now that she's learnt more about her heritage, however, and the magic that she's capable of wielding, she's not going to hide in the shadows any longer. The once-in-a-generation Sidhe Games are going to provide the perfect opportunity for her to win back her birthright - and the fact that she'll be going head to head, toe to toe and mouth to mouth with golden haired Byron Moncrieffe might just be the icing on the cake. 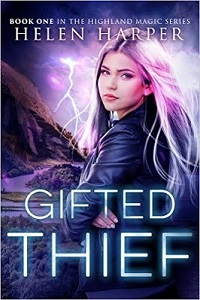 Since the moment I was ripped from my mother's womb, I've been an outcast amongst my own kind. The Sidhe might possess magical Gifts, unbelievable wealth and unfathomable power but I don't want a thing to do with them. I ran away from their lands in the Highlands of Scotland when I was eleven years old and I've never looked back. I don't need a Clan. I've got my own family of highly skilled thieves who mean more to me than any Sidhe ever could.

Unfortunately for me, the playboy heir to the Moncrieffe Clan has something I desperately need. To get it back, I'm going to have to plunge myself back into that world, no matter what the consequences may be. I suppose it's just as well I have sense of humour. I think I'm going to need it.

By bestselling author Helen Harper, Gifted Thief is the first book in the Highland Magic series.