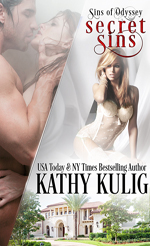 Tagline: Desperate for a way out. An indecent proposal is exactly what she needs. But can two lovers survive the consequences?

On the verge of financial disaster, Destiny Noir accepts an indecent, but arousing proposal, at Dark Odyssey. The hedonistic club in a mansion along the South Florida coast caters to the rich and powerful, providing private and sexy entertainment to satisfy their clients’ sinful requests. Performing kinky sex shows at private parties should be easy for two lovers, and Darius Logan is her willing partner. The risk to her professional reputation is high, but the money and scorching sex is too good to refuse. This club is just what the couple is looking for. But there are always consequences, especially when their fun and well-paying side job spins out of control.

Amazed by how uninhibited she can be, Destiny is driven by a sensual need aroused by her audience. But when clients begin demanding special favors—slave services on a billionaire’s yacht, then a public ménage at a CEO’s cocktail party, Destiny realizes their arrangement might be too good to be true. When passion becomes an obsession, and a billionaire’s demands get out of control, secrets are revealed and threaten to destroy her—and them—forever. Secret Destiny is book one in a sexy new contemporary romance series Sins of Odyssey. Coming soon: Secret Escort and Secret Sins.

Excerpt:
Darius finished his beer and she cast him a glance as he walked toward the exit. Her body surged with hunger. How did that man drive her to such lust? She’d never wanted anyone as much as him. As much as they were sexually compatible, she didn’t know if anything long-term would be in the cards. Other priorities, obligations and career goals got in the way. They had fun times, reckless and amazing sex, a satisfying but frustrating relationship, but not always dependable. She wanted dependable, wanted a future, a family. That lingering pain stabbed at her heart at the loss of her parents. They died too young. Would her life meet the same fate? She must be foolish to think she could have a future with Darius.
She finished her dance and made another round for tips, then told the bartender, Grace, the boss’s wife, she was taking a quick break. She said she needed air and had another outfit in her car.
“Need an escort?” Grace asked. The fortyish brunette wore a bustier and jean skirt tonight and was as attractive as most of the strippers that worked the club. The woman was a lot nicer than her husband.
“No, I’m fine.” She rushed into the ladies’ locker room, where she stripped and slipped into an oversized tee shirt, no underwear or bra, grabbed her keys and ran out the door. She noticed her boss in his office. Thank God.
Hobbling across the gravel parking lot, she cursed herself for not taking the heels off and putting on her sneakers. Darius had parked his pickup camper at the far end of the parking lot. Good for privacy, not good for walking in heels. She wanted to feel his warm skin against hers right now. But ten minutes. What could they do in ten minutes? When she got to his truck, he opened the door and lifted her inside.
The hunger in his eyes was the Darius she knew. Every woman should have an awesome lover like Darius at least once in her life. A man who could pleasure her like no other, but whom she knew would probably never be her husband. And she was fine with that most of the time. Darius was there when she needed him, but commitment didn’t interest him. He’d helped her find a decent used car when her last one died, stood by her during her dad’s funeral arrangements and had taken care of her when she had the flu last year. More than that, he’d cleaned her house, done her laundry and rented DVDs for her to watch while she was sick. After each time he’d helped her, he’d go out of town for the next job and she wouldn’t see him for weeks. That was Darius. “Darius, I only have—”
“Ten minutes. I know.” He yanked her tee shirt over her head. “Don’t talk, listen and let me have you. I’ll watch the time.” 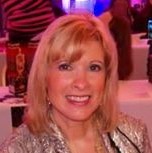 New York Times and USA Today bestselling author Kathy Kulig is known for her sexy contemporary and paranormal romances that are passionate, intense and riveting. These emotionally-charged stories are full of heart and always have a happy ending. She began her writing career in journalism, publishing articles in magazines and newspapers. Kathy has been featured or quoted in the Chicago Tribune, Writer's Digest, Romantic Times Magazine, USA Today HEA, Bustle Magazine, Florida Weekly, and appeared on several radio shows. She has spoken at national and local conferences, writer's groups and libraries.

When she's not writing, she loves to work out, travel, read good books, watch movies and have dinners out with her darling husband. She lives in Pennsylvania in a 100 year-old Victorian house with a garage built out of reject tombstones.

A little of both. I start with a spark of an idea, plot out the main points and then jump in. Sometimes the story takes on a life of its own and becomes a completely different story.

That could be a good way to describe it. As the story develops, so do the characters. They come to life in my head and then on the page. The story can easily take a new direction I hadn’t planned at the beginning. I love when that happens!

Chocolate, I suppose, but I do love a Cape Cod lobster roll.

I get more writing done in the morning, but because of my schedule, I need to write until late at night. So both.

I love to travel anywhere. I have a number of places I’d like to go: Hawaii and many other places in the US, Italy and Ireland again, and any place with a tropical beach. Next year, I’ll be going to Dominican Republic for that tropical vacation.

Yep, I do have books featured on other planets, alternative universes, Ireland, etc.

Do you listen to music while writing? Sometimes but it needs to be instrumental, like new age or nature sounds, because I get distracted when I hear someone singing. I know sounds weird. It is what it is.

Secret Destiny is the first book of a new series Sins of Odyssey. Each book will highlight a particular couple and their interaction with the adult club-Dark Odyssey. In Secret Destiny, my heroine—Destiny—is desperately trying to pay enormous school loans and keep from losing her parents’ home. She’s working a side job as a stripper then loses that job. So she is offered an indecent and risky proposal from a mysterious billionaire to entertain powerful and wealthy men with her boyfriend Darius. But she begins to like this naughty side of herself. Can she handle the consequences to her love life and career? It might make you think: What would you be willing to do if you were placed in a desperate situation?

I’ve learned a lot and strive to keep learning. Never stop trying to become a better writer. I learned that from a bestselling author who had published over 100 novels. Never give up and be flexible and open to change and opportunities. Writers are the best people. They are the best support team during the ups and downs. Readers are super too. One friendly fan email makes it all worthwhile.

I probably would’ve stuck to one subgenre and wrote several books in one series. But my goals were different when I first started, and I wasn’t sure what I was ‘good’ at, so I tried a variety of stories.

I loved reading from a young age and Ray Bradbury’s books probably influenced me the most. Even though I write romance.

Write what you’re most passionate about, what excites you the most. Learn as much as you can about the craft and keep learning. A screenwriting class is really good. Connect with other writers in groups, online or at conferences and workshops. Write and read a lot!!

I got this from a consensus from friends and family: Dedicated, Compassionate, Multifaceted.

I can’t say I have a favorite. I read such a variety.

I’ve published over a dozen. Some are out of print and some are due to be re-released. It’s probably easier to check my website book page:
http://www.kathykulig.com/books.html

Enter the Endless Summer Giveaway
https://goo.gl/forms/C09W1j2OJT6URqJO2
Prizes:
1 Sea Glass Bracelet
1 signed print copy of either Red Tape or His Lost Mate (winner’s choice)
5 $10 Gift Cards (Amazon or Barnes and Noble)
(Bracelet and Print book for US and Canada only please)