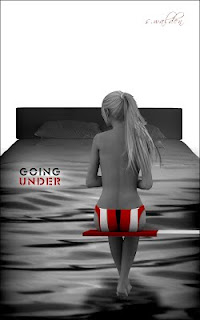 Brooke Wright has only two goals her senior year at Charity Run High School: stay out of trouble and learn to forgive herself for the past. Forgiveness proves elusive, and trouble finds her anyway when she discovers a secret club at school connected to the death of her best friend. She learns that swim team members participate in a “Fantasy Slut League,” scoring points for their sexual acts with unsuspecting girls.


Brooke, wracked with guilt over her friend’s death, decides to infiltrate the league by becoming one of the “unsuspecting girls,” and exact revenge on the boys who stole away her best friend. An unexpected romance complicates her plans, and her dogged pursuit of justice turns her reckless as she underestimates just how far the boys will go to keep their sex club a secret.

(This is a New Adult fiction book with mature themes. It contains explicit language and descriptions of sexual violence.)

S. Walden used to teach English before making the best decision of her life by becoming a full-time writer. She lives in Georgia with her very supportive husband who prefers physics textbooks over fiction and has a difficult time understanding why her characters must have personality flaws. She is wary of small children, so she has a Westie instead. Her dreams include raising chickens and owning and operating a beachside inn on the Gulf Coast (chickens included). When she's not writing, she's thinking about it.


She loves her fans and loves to hear from them. Email her at swaldenauthor@hotmail.com and follow her blog at http://swaldenauthor.blogspot.com where you can get up-to-date information on her current projects.