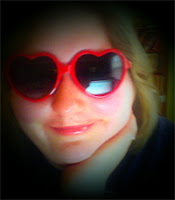 Melanie Marchande is a young writer who loves creating fun, flirty, and occasionally steamy stories about two people realizing they just can't live without each other. If you'd like to read more from her, please leave a review letting her know what you liked about the book so she knows what to write next. You can also connect with her online:


Outlines used to be the bane of my existence, but I've made friends with them. I realized it's important to plan things out, even if you end up deviating later. It helps me stay on track, and when I have those moments where I feel lost and don't know what to write next, I at least have a framework to refer back to. That said...

Always! I usually let them, because it ends up being better than what I'd planned.

Pizza. No - spaghetti. No, cheese. Extra sharp cheddar. Brie? Wait! Can I change my answer?

I like to stay up late sometimes, but I find I'm more productive if I get up at a decent time in the morning. One quirk that separates me from a lot of other writers I know is that I usually have to do my household chores or run my errands first thing, before I can focus on my writing. I've never been able to roll right out of bed and start hitting the keyboard. My brain's too fuzzy! And once it's un-fuzzed, I have trouble concentrating if I know I'll have to stop later and go do something else.

I'd love to go to France. I studied the language for ages, but I've never had the chance to visit.

Not often, although part of I Married a Billionaire: Lost and Found takes place in the Caribbean.

Yes - I like anything that'll keep me from getting distracted by ambient noise, but for this last book I listened to a loop of various love-themed songs that run the gamut from Adele to Meat Loaf to Snow Patrol. It works!

I've learned so much in so many different ways that it's almost impossible to quantify. I definitely look back on choices I made a year ago and wonder what on earth I was thinking.

It's easy to point to things I'd change if I'd known what the outcome would be, but honestly, I wouldn't - everything I did got me where I am today.

Really, everything I've read, watched, listened to, or otherwise consumed has influenced the writer I am today. It's hard to pick just one or two things. I was a voracious reader as a kid, and I picked up any book my parents left lying around. So I cut my teeth on everything from Dave Barry to Jules Verne to Jane Austen. The first stories I wrote were comic book style fan fictions based on "Spot the Dog" books. Once I started writing in full-length prose without cartoons, I was a gifted mimic, simply aping the style of whoever I'd most recently read. Eventually I developed a voice and style all my own, but I think it's really a big, complicated mixture of everything I picked up as a kid.

Immerse yourself. Everything's a lot simpler than you think, but it's also easy to miss the things that matter if you're not paying attention. So pay attention! Never, ever pass up and opportunity to figure out what readers want.

Oh no, don't make me choose! All right, okay. Mil Millington. His books are hilarious, clever and touching. Nothing makes me want to write more than reading one of his stories.

Writing billionaire tech mogul Daniel Thorne's official biography is no small task. His wife Maddy isn't quite sure how it fell on her shoulders - but she's not exactly complaining. It's given her a rare opportunity to learn about the details of Daniel's life that he's never shared with her before. After a rocky beginning, their relationship has finally settled into something comforting and secure. After a while, Maddy begins to reconsider her once-staunch decision not to have children.

Then, one night, a ghost from Daniel's past appears.

His father, believed to be dead, has come back in hopes of repairing their relationship. Daniel is devastated by the years-long deception, and suspicious of his father's motives in reappearing after so much time. Old Mr. Thorne has his reasons for disappearing, but how can he possibly repair a relationship that's been so badly fractured by distance and lies? Meanwhile, Maddy gets some unexpected news of her own, and she realizes she must find a way to reach her husband and his father, to knit them all together into a family again.

I Married a Billionaire

I Married a Billionaire: Lost and Found

Make sure to join her mailing list for special offers and exclusive sneak peaks and giveaways: eepurl.com/srHcH

Melanie Marchande is part of Insatiable Reads Book Tours, where the hottest authors in romance debut their sizzling new reads! To enter giveaways and meet the other writers, follow us at: