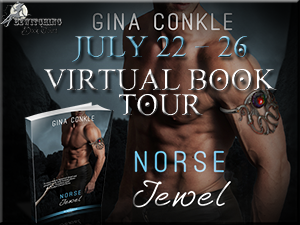 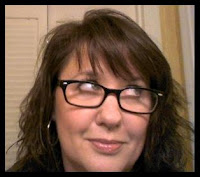 Gina’s a lover of history, books and romance, which makes the perfect recipe for historical romance writer. Her passion for castles and old places (the older and moldier the better!) means interesting family vacations. Good thing her husband and two sons share similar passions, except for romance…that’s where she gets the eye roll. When not visiting fascinating places, she can be found in southern California delving into the latest adventures of organic gardening and serving as chief taxi driver.


A mix of both but heavy on the “flow” side.I tend to write down a scene that keeps playing in my head. If the characters persist with more, then I start a loose plot while at the same time researching their world. Then I do more in depth character profiles and background. After that, I go back to writing, but much is tweaked along the way.

Yes! And that’s the best when you let them tell the story and take over actions and emotions. It’s really more honest.

I’m a night owl married to a morning man. But, between motherhood and my husband, night owls must adapt.

I once visited Colmar, France and want to go back there again. I also want to tour the castles of southern France and southern England. Another place: Hadrian’s Wall (I want to hike the wall over a few weeks). I love older time periods. My motto is “The older and moldier, the better.” I see later Dark Ages history as not so dark and a real transition for mankind.

Yes. I like the predominant English settings and have some stories set there. However, Norse Jewel begins in the land of the Franks (France) and then mostly in Svea (Sweden).

Yes, I listen to LoreenaMcKennitt, some classical music, and some sound tracks like Game of Thrones.

Norse Jewel comes from years of my history nerdness. I visited Sweden in 1999 and read a lot of non-fiction about the Vikings. My favorite movie is “Gladiator.” Now think about the scene of Maximus telling the emperor that he wants to go home to his farm in Spain, but make that warrior leader a Viking chieftain, and you have the birth of Norse Jewel.

It’s a lot of hard work…more than you can ever anticipate. It’s thrilling, but the big surprise is copyright infringement and how huge that is. My book was barely out and popping up on various piracy sites. I cried at how violating that felt.

I’d be more scheduled and disciplined. Someone posed the question to me a few years ago: Is your writing a profession or a hobby? I wish I would’ve been more directed.

WriterUniv.com made the greatest impact on me. Laurie Schnebly-Campbell taught me so much. She’s not only published but she also works as a copywriter and teaches classes online and at conferences. I tease her that she’s my muse.

Decide what moves you to write. Ask yourself what deeper things are going on in your stories. Then take those answers and that’s the beginning of how you will reach readers. I know that’s pretty ephemeral, but that’s the basis for your website, your blogs, twitter, etc. And that’s what I’m coming around to next: start your website now. Don’t wait to be published. Get organized and reach out to people now.

My favorite book is Josie Litton’s Dream of Me. She doesn’t write under that pseudonym anymore.

Helena, a captive woman, wants her freedom. The Frankish maid wasn’t born a slave but marauding Danes have taken her and she’s desperate to escape their camp. Her savior comes as a fierce Norse chieftain, Hakan, who takes her to the far, icy north.

A hard Norseman who’s lived by the sword…

Hakan wants to lay down his sword and live a peaceful farmer’s life. Betrayal left him cold to other women, yet his heart thaws to clever Helena. She lures him with kindness, weaving short-lived happiness in his life. The warrior’s vexed by deceit and old loyalties that call upon his sword arm.

A clash of cultures amidst a kingdom in transition…

War erupts…a kingdom’s in the balance. Can Hakan defend his homeland and save the woman he loves?