Lawyer  Alaina  Simmons  never  imagined  that  she  would  be  defending  her  deceased father against accusations of terrorism when she agreed to protect his legacy, a group of  documents  he’d placed  in  an  archival  repository.  FBI  Lawyer  Donovan  Prentice insists that her father and the organization he worked for were terrorists and that crucial evidence is in the documents Alaina has sworn to protect.  Now she is forced to combat the  FBI  and  her  compelling  attraction  to  Donovan  Prentice  while  unaware  that  she  is also Donovan’s suspect.

Special  Agent  Donovan  Prentice  is  working  undercover  posing  as  a  lawyer  in  an attempt to gain access to the evidence he needs to convict a group of terrorists as well as determine if Alaina Simmons is working with them.  Things become complicated as Donovan becomes more intent on getting his suspect in bed than putting her in  jail.

When the bullets start to fly and the lies begin to unravel Alaina and Donovan begin to explore their intensely sexual relationship, but the couple will have to learn to trust each other both in and out of bed before the terrorists’ game of intrigue can end.


She took a deep breath before saying, “Donovan. I’m just going to face the elephant in the room. When we met this morning I obviously had no idea who you were and if I had I wouldn’t have spoken to you the way that I did.  Okay?”

Donovan was a little surprised but managed to hold back a laugh. “And what way was that?”  His voice held that same sensual tone that it had in the drugstore.

Okay, so wow, his voice really turned her on.  She felt slightly embarrassed, but what the hell he had flirted too. “Well, I was a bit flirtatious.”

He raised a brow and grinned. “A bit?”

“Cut me some slack, you were just as bad.  Admit it.”  Could that knowing grin of his get any bigger?  She wasn’t sure why, but he was charming the hell out of her.

“As an officer of the court, I’m taking the fifth,” he said jokingly before adding, “I think this is a conversation we should pursue further once we’ve completed our business.”  He paused a brief moment and looked at her intently.   “And I would like to pursue it.”

The low timber of his voice caused her skin to tingle, and she felt her face flush in reaction.  The idea certainly had merits she thought as she studied the hard plains of his face.  God he was hot and he was making her hotter.  She exhaled trying to calm herself before saying, “Do you think we can do that?  Wouldn’t it be a conflict?”

He gave her a slight smile and there seemed to be a sparkle in those blue eyes as he said, “Yeah I think we can do that, but we have business to settle first.”

She nodded in agreement, hoping the meeting went smoothly and they could get back to the more interesting conversation.  Wasn’t that a professional thought? 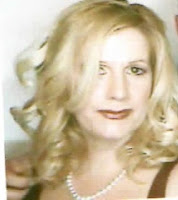 
I’ m happily married with two children. I love to cook, hike, bike, and hang with my girlfriends. I’m an avid romance reader and enjoy all types of romance novels including historical, contemporary, paranormal, and erotica.Oh and did I mention I have my own consulting business?I obviously had a couple of hours left in the day so I began writing romance.

I wanted to bring readers hot, sexy romances that are brought to life with compelling characters.  Who knew writing romance could be as fun as reading it!