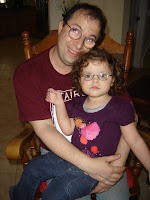 
Robert Poulin was born and raised in the New England state of Connecticut. After spending his late teenage years in Boca Raton Florida, Robert moved to upstate New York where he lived with his uncle Wilbrod Poulin and attended the State University of New York at Plattsburgh. After earning a Bachelor's in Political Science and a Master's in Teaching, Robert went back to Florida where he taught Social Studies for a few years. After returning to Northern New York, Robert took a job with the North Country Center for Independence: a disability rights and advocacy organizations.

Robert has worked for NCCI for thirteen years and is now the Executive Director. Wail of the Banshees is Robert's first novel; he has been a huge fan of fantasy and science fiction since second grade when he discovered The Hobbit. Urban fantasy in particular has become Robert's favored genre in the past decade. Robert has been legally blind since infancy, but thanks to a mom that encouraged independence, hard work, and a healthy dose of dreaming, the disability has mostly just been an inconvenience. Robert is currently in the editorial process with his second novel, Death Toll, and is writing Echoes of Madness the third novel in the Veronika Kane saga.

Both. I start off by developing the premise of the story, this is usually just a single sentence like "A serial killer is stalking Philadelphia's shadowed Streets". I then start building various scenes/encounters. This requires me to do location research early on. I basically build big movie sets. I then start assigning characters to each scene. Lastly I put my scenes into a three act format. My characters start out with very little detail; their appearance and a high concept. Once I start writing, I don't let my early work confine me. I let the characters develop as the story progresses and sometimes they want to move things in a different direction. The final story may end up fairly different from my three act outline but the action scenes and premise have always stayed in line with what I envisioned at the beginning. Essentially the characters create the motivation and reason for each scene. As the characters evolve it does become important to keep track of their profiles so that consistency is maintained.

I'll talk about that process in a future guest blog along the tour.

Absolutely. I purposefully leave a lot of room for character evolution at the beginning, so this often does lead to them moving in a direction that I didn't anticipate before I wrote the scene. The action and location of a scene almost never changes, but the characters motivations and impact on the scene do change fairly often. This usually leads to bigger and cooler scenes then planned. The trick with letting the characters have their head as it were, is that you have to make sure that you track their actions and motivations closely. As the character ages in the story, it develops a profile and you need to be consistent within that profile. So, letting your character do something you didn't plan is fine as long as it is consistent with his/her previous actions, emotions, and thought processes.

Canadian style Shepherd's Pie. It's made with potatoes, ground beef, and corn. My second favorite food is pizza!

Definitely a night person. Night is for relaxing with a good book.

I want to go to Ireland because of the castles and its magical landscape. I did quite a bit of traveling in my late teens and early tweens, so traveling doesn't hold the appeal that it once did. I really would like to spend a few months in Philadelphia because it is my chosen setting and it really fascinates me.

Philadelphia is about an eleven hour bus ride from my home in upstate New York. Limbo is featured in my book and that's in another dimension, so that's very far away.

I do, which is strange for me. I've never been able to listen to music while reading or doing things like homework, but for some reason, music doesn't distract me while I'm writing. I listen to various radio creations on Pandora; mostly 80's rock though I do like stuff like Nickelback.

Wail of the Banshees is an urban fantasy ghost story. The book begins with the line "Getting your throat slit in a dark alley really sucks." The story is told in the first person from Veronika Kane's perspective. Veronika is a twenty-one year old college student who is murdered by a serial killer and lives on as a ghost. Veronika soon learns that there's a whole world of ghosts, with their own society and laws. The powers that be in Limbo, the ghost realm, are evil and Veronika is forced to choose between letting herself be corrupted or being made a slave for eternity. The choices that she makes along the way will change Limbo forever. Wail of the Banshees is a summer popcorn and soda action, thriller novel. There's a lot of tension, action, and emotion in the story.

There are so many things that I've learned that it's sometimes hard to process it all. The biggest and most important thing that I've learned is the importance of the writer/editor relationship. I wouldn't have gotten to this stage without my editor Jaimee Finnegan. She helped me delve deeper into the emotions of the characters, particularly Veronika's mental state. She has given outstanding advice throughout this process and I've learned to really trust her instincts. She's the reason why a prologue was added to book two along with two entirely new chapters, and it has made an awesome story even better. I think editors don't get enough public recognition for what they do, which is a whole lot more than fixing sentences. I've learned a ton about book covers, blogging, social media, publishing, and marketing. Small things like the keywords you choose for search engines can have a huge impact on how discoverable your book is. Anyone getting into this process should do a lot of reading about it, don't depend on just one source either, cast a wide net.

I would schedule a virtual book tour for launch. As a first time author I think I would also give more consideration to the Kindle Select Program. While limiting your distribution options doesn't seem like a good idea, Amazon holds enough of a market share that an edge in discoverability might well be worth 90 days of limited distribution. I'm not saying this is absolutely the case, but I do think that if I were given the chance to do it again, I would definitely give KDP more consideration.

I am a big fan of Jim Butcher's writing, both the Dresden Files and Codex Alera. I love the construction of his action scene., These remain most memorable to me, I'll forget the actual premise of a novel before I'll forget that scene where Dresden is riding a zombie T-Rex down the rain swept streets of Chicago while battling some necromancers. I also listen to the Writing Excuses podcast where four awesome writers, including Branson Sanderson, give great writing tips in small bites. I also have enjoyed and learned some great tips from Alexandria Stokoloff's books about screenwriting tips for novel writers.

First, I'd say keep reading. We get our inspiration and learn the most from the books we read. Second, start reading books about writing, publishing, and marketing. I would seriously look at how Hollywood develops their stories. Movies and TV haven't enjoyed their success by accident. The public is becoming more and more used to basic formulas of storytelling that can be easily replicated by novel writers. If you are going to self-publish, find a good editor, this will be your most important relationship. The editor is going to rip your book apart, its their job to help you make it better. You need to learn to trust the editor. When you write your first draft, don't stop for any reason, don't try to fix it...some folks in Hollywood call the first draft "the vomit draft". The only goal with the first draft is to get the bones of the story down on paper/screen.

How was I supposed to know that getting smashed on my 21st birthday would lead me to becoming the Patient, Persistent, Determined.


My name is Veronika Kane and dying, dying was just the beginning.

9th victim of a serial killer that's been stalking Philadelphia's streets for months? Now I'm a ghost and unlife is pretty scary. Reapers, wraiths, ghouls, gargoyles: all of the monsters that I thought were storybook characters are real! On top of it all, the powers that be in the ghost world want to enslave me and use me in their own diabolical plot to manipulate the people of the living world. Too bad I didn't turn out to be the kind of ghost they wanted me to be, and I'm not about to let them turn me into one of their puppets. These ghosts are responsible for my murder and the murders of eight other women.

A rebellion is coming, and the ghosts that run this place are about to find out just how big a mistake they made when they had me killed.

My name is Veronika Kane and being murdered isn't the end of my story.

Wail of the Banshees is an Urban Fantasy Novel and the first book in the exciting Ghost Wars saga which features paranormal horror and action set in living Philadelphia and the ghostly world of Limbo.