Book Spotlight: Over the Rainbow by Brian Rowe 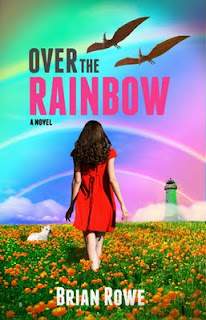 Over the Rainbow
by Brian Rowe
YA Fantasy
GLBT
Amazon | BN

16-year-old Zippy Green never meant to fall in love with a girl, but when she does, her ultra-conservative father tries to send her to anti-gay camp. At the Kansas City airport, however, she hides inside a giant suitcase and sneaks onto an airplane headed not to the camp, but to Seattle, where her online love Mira lives. Halfway through the flight, the plane barrels out of control and crashes into the ground, knocking her unconscious.

When Zippy awakens, she finds that most of the passengers have vanished. She doesn’t know what’s happened, but she’s determined to find out. She begins a quest on foot toward Seattle, and along the way, she meets a teenager with a concussion , a homeless man with a heart condition, a child without a shred of bravery, and a terrier named Judy. Together the group discovers that more than two-thirds of the world's population has mysteriously disappeared. But that's only the beginning...

All Zippy wants is to find her Mira, but before she can she has to contend with two outside forces. The first is her homophobic father, who does everything in his power to keep her from the girl she loves. And the second is extinct creatures of all shapes and sizes, including living, breathing dinosaurs, which have replaced the missing population. 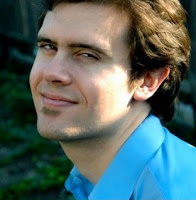 
Brian Rowe is a writing fiend, book devotee, film fanatic, and constant dreamer. He's written nine novels, dozens of short stories, five feature-length screenplays, and hundreds of film articles and essays. His fiction has appeared in Dreamspinner Press, Mobius Magazine, and Wilde Oats Literary Journal. He is one half of the YA book blog Story Carnivores, where he reviews the latest in books and film. He is currently pursuing his MA in English at the University of Nevada, Reno, and is hard at work on his first New Adult novel, which will be released in November 2013.


When I came home from school, my dad was in the living room, alone, sitting upright. He wore a fancy gray business suit. Papers and brochures were sprawled out over the table.

He turned his head toward me in a slow, robotic fashion. “Sit down.”

I stared back at him. “What’s wrong?”

“But I have homework to do—”

“Zipporah Green! I’m not going to say it again!”

I sat down and tried to pinpoint my crime. And then there it was, at the edge of the table: my most recent e-mail from Mira, the one in which she said she wanted me to come visit her this summer.

Dad turned to me, an expression on his face that suggested I wouldn’t escape this little chat alive.

“I know about Mira. I know all about your little friend from Seattle.”

The immediate pain in my gut almost doubled me over. For my father to be so condescending to call her “my little friend” made me want to pick up the living room table and throw it against the wall. “I’ve been meaning to tell you about her—”

“You’ve been talking to her online for two years? Zippy, I know you’ve struggled trying to follow the righteous path of Jesus Christ. But never in my wildest nightmares could I have ever conceived you, my own flesh and blood, as the most blasphemous of sinners.”

He wiped his sweaty fingers against his chin. “What’s it going to look like if my own child is a…” He struggled with the word. “A homo…”

I should have been cordial. I should have sat with my little hands in my little lap and pleasantly agreed with every statement he made. But it was time to be strong. “I don’t understand why you have to come down on me for this. Why can’t I have this one thing in my life that makes me happy? Mira makes me happy, Dad.”

“I can’t have a gay child,” he said. He hadn’t locked eyes with me since the start of our conversation. I always thought my dad to be close-minded, but I never knew him to be a wimp. “I can’t have a lesbian daughter. I love you, sweetheart, you know I do—but what you’re doing is wrong.”

I leaned toward him and whispered, “But it’s the only thing to me that’s right.”

I don’t think he heard me—at least, he pretended like he didn’t. “Promise me, here and now, that you will suspend all communications with this girl.”

I tried really, really hard not to cry. “If you could just look past your hate for one second, you’d be able to see that she’s the best thing that’s ever happened to me.”

“Your best friend? But you’ve never even met her. For all you know, she could be—”

He finally looked at me. His neck turned so slow I heard his bones twisting. “What did you say?”

My dad sighed and pushed away from the table, like the closest he could sit was a yard’s length away. He shook his head and stood up, his hands shoved into his pockets.

“Connie and I had a long talk about this,” he said. “We’ve decided to send you away this summer. To a camp.”

“It’s called Moral Inventories. It’s in Memphis. And it’s for teenagers like you who suffer from…” He searched for a word. “…abnormalities.”

“Abnormalities?” I looked away. I didn’t want my father to see me cry.

He turned to me. His chiseled face emitted strobes of anger and resentment. “I’ve tried to guide you on the righteous path, but clearly I haven’t done enough. You need proper, around-the-clock assistance if you want to have any chance of being cured of this… disease.”

I sat there stupefied. I tried to think of something to say. I had nothing.

“You’re young, honey,” my dad said, in a calmer tone, “and I thank the Lord for that, because there’s time for you to be set free through the power of Jesus Christ. When our Lord and Savior returns to Earth and takes the Chosen up to Heaven, I don’t want you to be left behind.”

I narrowed my eyes, tried to make sense of his madness. “Are you talking about the rapture?”

“It could happen any day, sweetheart. You have to be prepared. We all do.”

“It better.” My dad finally looked at me. “Because if it doesn’t, I’ll see to it you never come back.”

I ran upstairs to my bedroom, slammed the door so loud my framed Spice Girls poster fell and crashed against the carpet.

I wanted to write to Mira. Tell her what had happened.

But my computer was gone.