Book Spotlight: Tales of the 23rd Precinct by Kevin Anglade 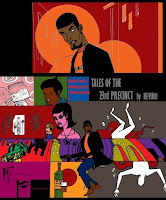 It is well documented that despicable acts in the form of murder, bank heists, snitching, and drug trafficking happen in the heart of New York City daily. However, no borough is more adept to the turmoil of the inner city streets than Brooklyn. In a unique presentation, readers will be able to follow the stories and individual background surrounding Detectives Deborah Lane, Luke Fisher & Frank Matthews. The three detectives must use their wit, competence, persistence and sly capabilities to maneuver throughout Brooklyn and wherever crime may take them. No matter what misguided notions they act upon or crossfires they may encounter, it is quite odd and compelling that each of their stories correlate into something frankly twisted. This project compares to the substantial work of great writers in the Detective Fiction genre such as Ed McBain & Clark Howard. Once the book is devoured in its form, readers will hope for a time portal hoping to transport them back to where it all began.

In the midst of civilians running and screaming for their lives, Lane saw Jason Rivers fleeing up the stairs. Rivers had ditched his bag and was apparently saving himself.

Lane quickly ran up her opposite side of the platform to chase after him. As she went up the stairs she saw him exit the subway turnstile.

Rivers pulled out his .45 and squeezed out four shots. Lane ducked and missed the attempts. She quickly took the northwest 59th and eighth avenue exit and met him outside. As Rivers tried to make his escape down the street in a run, two cop cars pulled up and surrounded him. Rivers then quickly went in the opposite direction towards a dark narrow alley.

Four more squad cars pulled up to face him.

He then quickly dodged behind a dumpster.

“I give up!” he yelled. As he got up from behind it, he reached for his back pocket to pull out yet another gun, a .50 pistol but it never happened…As calm as the night, bullets from left to right quickly ripped through the chest of

Jason Rivers in the glow of the moonlit sky…He was lifeless before he hit the ground…As an onslaught of cops and Detective Lane crowded the suspect, they peered into the face of the money hungered youth…In the hard knock streets of New York City, the stories often ended this way…Fisher was now seen in the alleyway catching up to his partner. He was sporting a nasty gash under his right eye and a bloody lip. 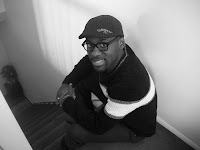 
Kevin Eleven, (Kevin Anglade) was born in Brooklyn but raised in the town of Jamaica, in the Queens borough of New York City. Interests of the author include reading, writing, poetry and acting. Kevin penned his first short-story titled “Trouble is My Middle Name” in 2011 and although a recent interest of his, he hopes to continue writing fictional tales that create delusional tales but a fun escape for readers nonetheless. As writer, and/or editor, Kevin hopes to continue propelling the establishment of his FLOWERED CONCRETE PUBLISHING brand.
http://www.amazon.com/Kevin-Eleven/e/B00B171XPW/