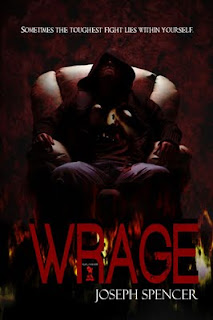 Sometimes the toughest fight lies within yourself.

As more dark secrets come to light, the battle for souls pushes Prairieville to the brink of war in the living and supernatural realms.

Jeff Wrage swears a blood oath to Abaddon, the supernatural avenger of murder victims, to hunt the crooked cop who butchered his wife. Jeff wonders whether he can be the executioner Abaddon requires. Their pact throws the supernatural realm in chaos and threatens to trigger an apocalyptic fight for control of the afterlife between the Sons of Darkness and Sons of Light foretold in the Dead Sea Scrolls.

Orlando Marino sees the death of Cyrus Black as his opportunity to restore the Marino family's stronghold in Prairieville’s organized crime scene and become a mob kingpin. He unleashes a plague, turning its victims into mindless followers. Cyrus' heir is busy rooting out a traitor and is unable to stop the coming turf war in the realm of man.

The fate of all rests with Homicide Detective Anna Duke, who steps into the shoes of her mentor while coming to terms with unrequited love. As she tries to clear the fallen hero's name, she takes on a case where corpses go missing. Her new partner is reported dead. She learns the truth about her true identity and uncovers a trail of secrets questioning her tragic past. She journeys to avert the destruction of all creation.

Joseph Spencer is the author of the Sons of Darkness series launched by his debut novel, Grim, on September 1, 2012. The second book in the series, Wrage was completed and released on June 1, 2013.

The Sons of Darkness is a series of paranormal crime thrillers following investigations into mysterious deaths in the central Illinois city of Prairieville. Home of the notorious serial killer, The Reaper, Prairieville has had a history of violence centered on an ongoing feud between the Marino and Black organized crime families. When bodies start showing up again at the abandoned Marino State Hospital, many fear the Reaper has returned. The people of Prairieville are about to find out their problems stem from a supernatural source which has lurked in secret for decades.

As a boy, Joseph Spencer immersed himself in the deductive logic of Sherlock Holmes, the heroic crime fighting of Batman and Spider-Man, and a taste for the tragic with dramas from poets like Shakespeare and Homer.

Before Joseph took to spinning his own tales, he pursued a career in print sports journalism, graduating with honors from Clinton (IL) High School in 1996 and summa cum laude from Southern Illinois University-Carbondale in 2000. He covered such events as NASCAR’s Subway 500 race in Martinsville, the NBA Draft Camp in Chicago, the Junior College World Series, and Minor League Baseball’s Midwest League All-Star Game during a ten-year career throughout the Midwest. Now, he works as an emergency telecommunications specialist with an Illinois police department. The combination of years of writing experience with a background working with law enforcement professionals gave rise to his writing aspirations.

Joseph was married Dr. Amy (Waggoner) Spencer, an accomplished veterinary doctor, on March 14, 2012. He received word his debut novel was accepted by his publisher, Damnation Books, the next day. Joseph and Amy look forward to their honeymoon in Paris in September 2012. Murphy, a 15-year-old orange tabby, is perhaps the most vocal member of the family. The Spencer family enjoys reading Charlaine Harris, George R.R. Martin, Mary Janice Davidson, and most paranormal stories. The Spencers also enjoy quoting movie lines from The Princess Bride, Rain Man, Bridesmaids, and Office Space.