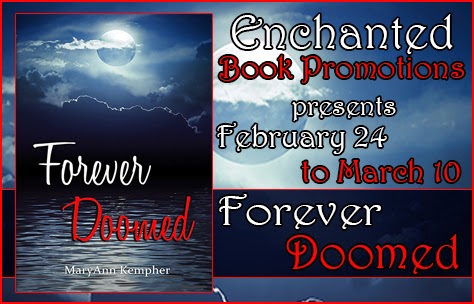 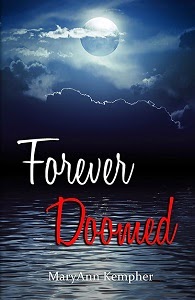 
It's not wise to wander the cruise ship Forever alone at night. You might not live to see daylight.

Detective Jack Harney agrees to do an old Army buddy a favor. Curt Noble had some personal business to attend to, he didn’t say what. What he did say was he needed someone to temporarily take over his duties as head of security on the struggling cruise ship Forever. Jack hesitates, but he owes Curt his life so agrees. He’s told the worst mischief he can expect to encounter will be the occasional shoplifter, or drunk. Instead, one week into the cruise, a beautiful red head and a member of the crew are ruthlessly murdered. Are the two murders connected? It’s up to Jack to find out. He must find the killer before the ship returns to Tampa’s port, or worse, before another dead body is found. This won't be easy. The ship is old, it's security systems outdated, and clues are few, or so it seems at first

It’s not just a sense of obligation that motivates Jack to agree to Curt's request; Jack moved thousands of miles, started over, and still can't get Amy O'Brian out of his heart or mind. When she shows up on the ship, as part of a large wedding party, Jack must fight to stay focused. To make matters worse, Amy isn't his only distraction; a sexy and mysterious woman has made it her mission to seduce Jack.

As the body count rises, and time slips away, Jack has to ask himself, “Did someone commit the perfect crime?”

The man had to pull hard on the back entrance/exit to the kitchen that led directly outside. Though he worked out and was strong, the door tended to stick. That night was no different. With one good yank, it opened. He entered cautiously, looking around to ensure the room was empty. Technically, he wasn’t supposed to be in the cafeteria at that late hour, but with the costume ball going on, and the room finally empty, he had to take a chance.

Time was running out; the ship had been at sea a week and there had been only a few opportunities to be alone in the kitchen. There was always someone there, even after hours, but that night everyone was gone, working the party. Even the pastry chef, who could usually be found in the kitchen at all hours of the night preparing cakes and pies, especially with the baked goods competition about to begin, was absent. The lights flickered. Damn thunderstorm. He opened a refrigeration unit, took out things for a sandwich, and walked over to the pantry door with plans to pull out a container that was inside. He was startled to see Matt Smith enter the kitchen.

“What are you doing in here?” asked Matt.

The man felt like a prize fool for what happened next, because it didn’t have to happen. If he hadn’t been surprised by Matt’s entrance, he would have thought of a perfectly plausible excuse. But he panicked and without thinking, grabbed the rolling pin off the counter and swung it at Matt’s head. It happened so fast, he didn’t even realize he’d done it until he heard the gasp come from the direction of the door that led to the cafeteria. Someone was at the kitchen door’s window.

He ran to the door in time to see a woman rushing from the cafeteria. He went back to Matt and felt for a pulse. Damn damn damn! He’d have to take care of this on his own and he needed to be quick. He went to the outside door, looked out, and when he saw that nobody was there, easily picked up Matt’s body, took it outside, and tossed it overboard.

He leaned against the closed kitchen door, breathing heavy, his heart beating fast. After a minute, he straightened up, smoothed his shirt, and went back into the kitchen. He walked over to the swinging door and peered out the window. The seating area was empty, the woman long gone.

MaryAnn Kempher loves to write mystery with a dash of romance. She spent her teen years spent living in Reno NV where her first book, Mocha, Moonlight, and Murder is set. The setting for her second book, Forever Doomed, was inspired by her love of the ocean. Her writing influences include favorite authors Agatha Christie, Jane Austen and Janet Evanovich. Her guilty pleasures include any and all sweets, including a good cup of Mocha. She is married with two children.

If you purchase Forever Doomed in paperback for under $11, you can get the Kindle version for just 99 cents.