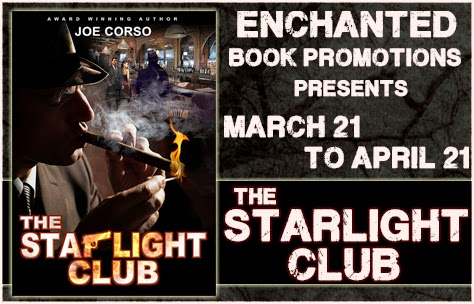 The Starlight Club was jumping . . .

“They looked like mob guys. They had that arrogance exuded by those who liked to intimidate – those who were the proud purveyors of fear.” Amidst the nightly gaiety was the back room, where business deals were made, hits were ordered, and territories were divided. An image of the author is also attached.

Trenchie not being a “rat” is just released from his ten year prison sentence. A new life is waiting – complete with envelopes of money and a steak house to call his own. He finds the woman of his dreams who brings along ex-husband baggage. Hit man Jimmy The Hat finds unexpected fame in the most unlikely of places, yet he always stays true to the “boys”, especially Big Red. “Crazy Joey Gallo” and his brothers break away from the Profaci family and go “rogue, on their own now. They split their gang into several small groups and spread them out over the five boroughs.”

The Starlight club can be purchased on Amazon 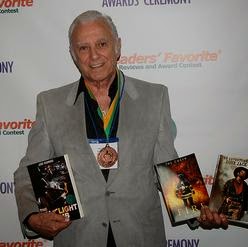 Move to Florida, see the world, and…. Write 15 novels!? It may have started out as the typical retirement, but author Joe Corso decided to take a more adventurous route. After a successful, yet tearful, career as a fireman, Corso began writing as a way to fund the Ivy League educations of his grandchildren.  He published his first book at 75, and since has written 14 novels and 9 short stories.

One of his most popular novels, The Starlight Club, won the 2012 eLit True Crime category, and an honorable mention in the 2013 reader’s favorite book contest.  FIRE: Box 598, a collection of short nonfiction stories of fires and occurrences surrounding them when he worked with the FDNY, won the 2013 Reader’s Favorite contest in the Historical non-fiction category. With cross-genre skills, Corso has written Westerns, Gritty Crime Dramas and even fantasy. He has received a tremendous reception from his work “Fire Stories” by many Fire Departments. Rising from the ashes, retired New York Firefighter Joe Corso finds himself lost in his writing hoping never to find his way back.