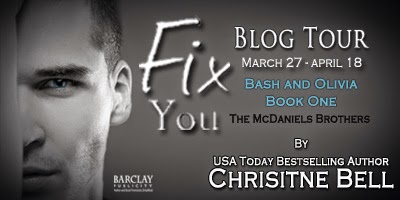 FIX YOU is part one in the new adult McDaniels Brothers serials from USA TODAY Bestselling Author, Christine Bell. Fans of Monica Murphy, Jen McLaughlin, and H.M. Ward will be seduced by Bash and Olivia's story and will look forward to a new installment in this ongoing family saga every month!


Want to learn more about FIX YOU? Be sure to check out this exclusive interview with Christine Bell! 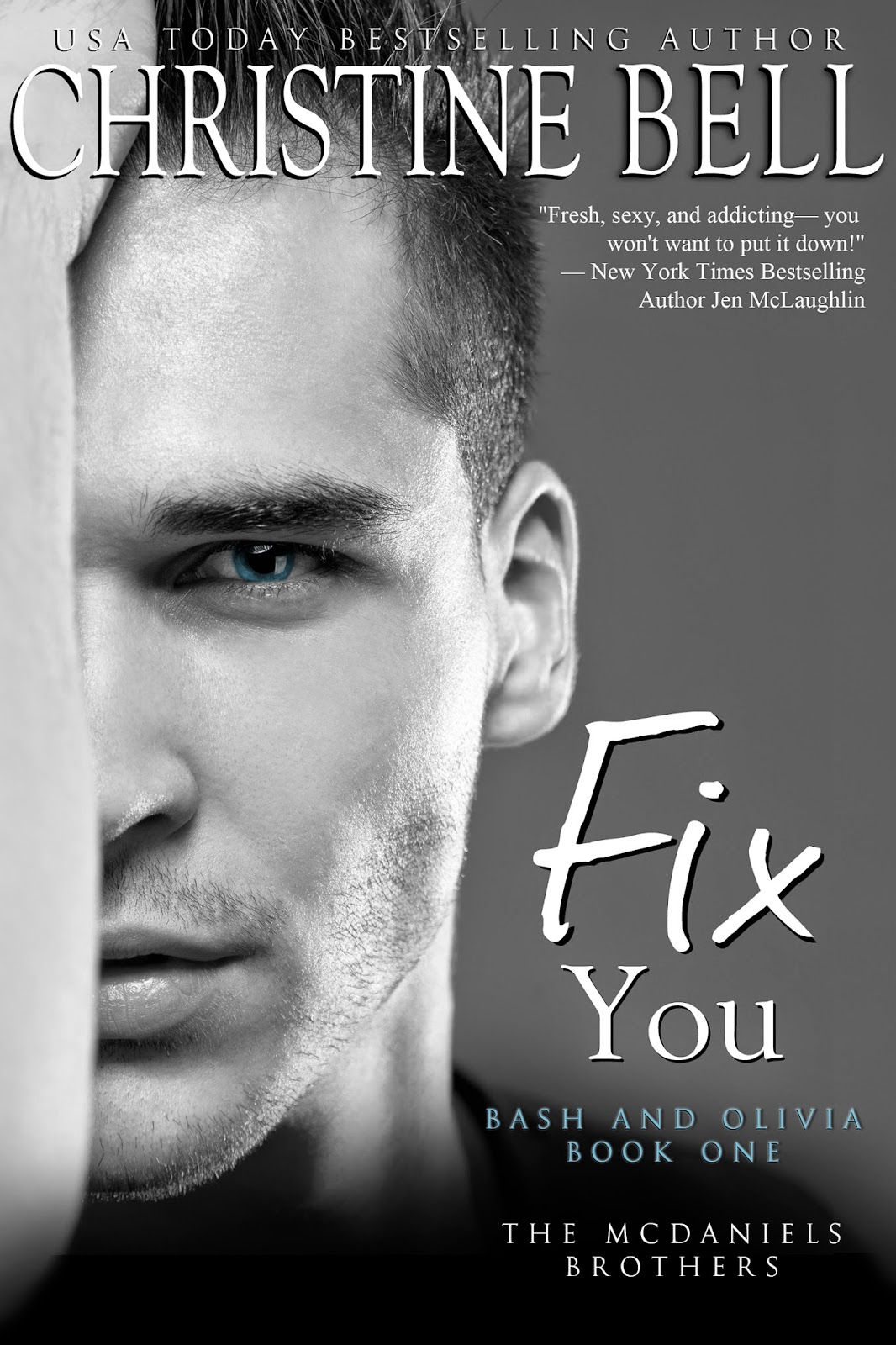 About FIX YOU, Bash and Olivia Book One (The McDaniels Brothers #1)

Olivia Beckett’s once-charmed life is falling apart. Her family is about to lose everything, and she has almost no chance of continuing her college education. She can't even seek solace from her high school sweetheart. He's changed. She doesn't recognize the boy she used to know— his violent behavior is escalating and it scares the hell out of her. Her whole world is crumbling, and she has no one to turn to……

Sebastian “Bash” McDaniels is an up and comer in the boxing world working nights at the local college bar until he can land the fight of his dreams that will get him the hell out of Boston and away from his family's tragic past. He’s weeks from his goal when Olivia Beckett comes tumbling into his life in a flash of silky dark hair and haunted eyes. When he saves her from a potentially brutal beating, they begin to grow close, but Olivia's ex isn’t ready to let her go so easily.

Bash can't bring himself to walk away, but fixing Olivia just might leave him broken…

he mask slipped away, leaving behind a pained, almost desperate look. "What are you doing, Olivia?" His breath was warm against my lips and I tipped my face toward him like a flower to the sun.

"I don't know,” I whispered, rocking forward onto my tiptoes. It was like I was on autopilot. “I just need to..."

And then I did it.

I leaned in that last little inch.

I wish I could say I thought it through, but my brain wasn’t part of the process. It was all feels. Like my very soul was straining toward his, and my body was just a shell waiting for direction from somewhere deep inside me. I couldn't have stopped it if I tried.

When our mouths touched what felt like an eternity later, the night sky seemed to let out a sigh.

This was the thing I’d been waiting to feel. The thing people wrote about in books and sang of in songs. The thing that made the pain of the past few weeks fade away until there was nothing left except me and Bash.

An instant later, the kiss went from sweet to off the rails. A low growl came from deep in his throat and he closed his hands over my hips, thumbs pressing into my flesh in a way that turned my stomach into a pool of taffy. His mouth slanted over mine and teeth and tongues clashed like it was war.

Add FIX YOU to your TBR pile on Goodreads! 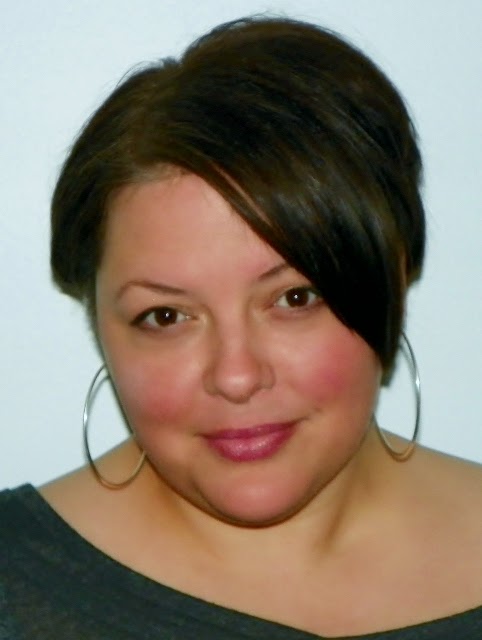 Christine Bell is the USA Today bestselling author of contemporary romances, and one half of the happiest couple in the world. She doesn't like clowns or bugs (except ladybugs, on account of their cute outfits), but loves movies, football, and playing Texas Hold 'Em. Writing is her passion, but if she had to pick another occupation, she’d be a wizard. She loves writing fun, sexy romance and deep, emotional new adult novels, but also hopes to one day publish something her dad can read without wanting to dig his eyes out with rusty spoons.

A $50 e-giftcard to Amazon or Barnes & Noble (winner’s choice, open internationally) and an opportunity to have a character named after the winner in serial #3 of The McDaniels Brothers series!