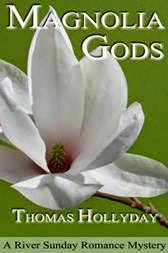 On July 4, 1946, Navy Captain Edward Lawson attempted to fly an experimental seaplane into the hands of the Soviet Union. The top-secret plane crashed in the Atlantic Ocean before he could succeed with his traitorous action. His body, and the wreck of the plane, were lost at sea. Mike Howard runs a small aviation museum, and, several decades later, his war-hero family still feels the sting of Lawson's unpatriotic actions. When Mike is pressured by Lawson's grandson, Jesse, to mount a search for the traitor's corpse, his first instinct is to vehemently refuse. However, his scholarly instincts quickly get drawn into the hunt, and he soon realizes that there is much more to the story. As Mike's corporate sponsors passionately lobby for him to stop stirring up old issues, it is made clear to him just how tangled the web of espionage has become. Soon bodies are dropping like flies and Mike is forced on the run. He desperately unravels the threads of deceit, scrambling for the truth before his own life - and the lives of those he loves - are brutally added to the list of sacrificed men of conscience.

Near the guns, on the stained and cracked concrete floor of the converted hanger, were other tanks filled with parts of the P47 Thunderbolt that the team from the Museum of Historic Aviation had recovered from the bottom of the Atlantic in what was considered by their fellow historians as a triumph in marine archeology and World War Two historical research. The tanks were arranged in the pattern of an aircraft and viewed from above, resembled a careful explosion, with each containing appropriately located parts of wings, rudder and fuselage. Then, the piece de resistance, the most important underwater recovery, was the great radial engine assembly, its four bent propeller blades still attached, in a tank in front.

On the wall was proudly hung the banner of Aviatrice Corporation, the venture capital firm which had provided special funding for the tanks and the instruments to restore the old plane. Other foundations and their posters were also in evidence, but the Aviatrice banner was the most prized, won by the young museum manager, Mike Howard, in his ceaseless search for funding.

Working around the sides of another tank, this one narrower and in the center of the workspace, were the technicians who had carried out the state of the art technical preservation and restoration. Jeremy, chief technician, with his earrings that showed him obviously of a younger generation than the others, who had been with the project from the start and had endured the sea salvage, operated the levers of a shop hoist which was raising a section of corroded metal from the tank. His boss, Mike Howard, thirty-five, the director of the museum, whose dream and perseverance had brought the project through the search, the salvage and the restoration, was stretched over the side of the tank, holding the metal from scraping the container side. The two men could not have been more different in appearance, Jeremy dressing like he seldom left his computer screen with his beard and blue jeans, Mike, hair carefully combed, wearing the blue blazer and khaki trouser uniform of a Delaware museum official. The three others, all experienced mechanics, one of them whistling the tune “Little Brown Jug,” were equally devoted and proficient.

“This salt water stinks,” said Jeremy. He had long red hair that touched his neck. Jeremy, Mike could see from the happy expression on his face, was in his own kind of heaven, whether a putrid smell existed or not. Jeremy was a technician and dedicated, and this was his day, working with a thousand broken and corrupted pieces of metal, each one enticing him in a different technical way. Mike had suggested to Jeremy many times that his ideal girlfriend would be another techie so the two of them could work on rust the rest of their lives.

Mike freed one hand to rub his nose, broken and skewed years ago in championship college boxing. Standing there, Mike could be seen as a successful entrepreneur with brains, guts, good looks except for the nose and dressed as well as his salary would allow.

The hoist engine purred as Jeremy eased the aircraft fragment upward. On the metal was a faded white star with two of its five prongs shattered by the force of a long ago explosion.

“It’s like our divers reported. That’s where the submarine deck gun hit her,” said Mike, letting go of the metal which swung freely and clear of the sides. He still had the slight drawl of a Delaware native even after all the years of education farther north.

“The military had its head up its ass when they reported this pilot was negligent,” said one of the mechanics, chewing his tobacco a little harder. He and his two aircraft associates had been on projects like this before and were in for the duration, reassembling the wreckage into an exhibit that would raise greatly needed revenue for the Museum.

The workman was right, Mike thought. The Navy had at one time classified the pilot of this aircraft as foolhardy, as inexperienced and as careless. Finding the plane had proved all this wrong. Instead, the cannon hole in the plane proved the pilot not only courageous, but clever and patriotic in taking on the enemy when he did and at the loss of his own life. In Mike’s office were letters and newspaper accounts of the Navy’s recent public apologies to the pilot’s still living wife and children and the posthumous awarding of a greatly deserved medal.

The mechanic with white hair stopped whistling and said. “He were doing his duty, was all.”

Magnolia Gods is published by Solar Sipper Publishing, Division of Happy Bird Corporation. It is available in print and Ebook at most vendors including Amazon, Nook, and Kobo. The book is distributed by Baker & Taylor and Ingram.

Part of the proceeds from the sale of Thomas Hollyday fiction and non-fiction goes to support drinking water resources for wildlife.