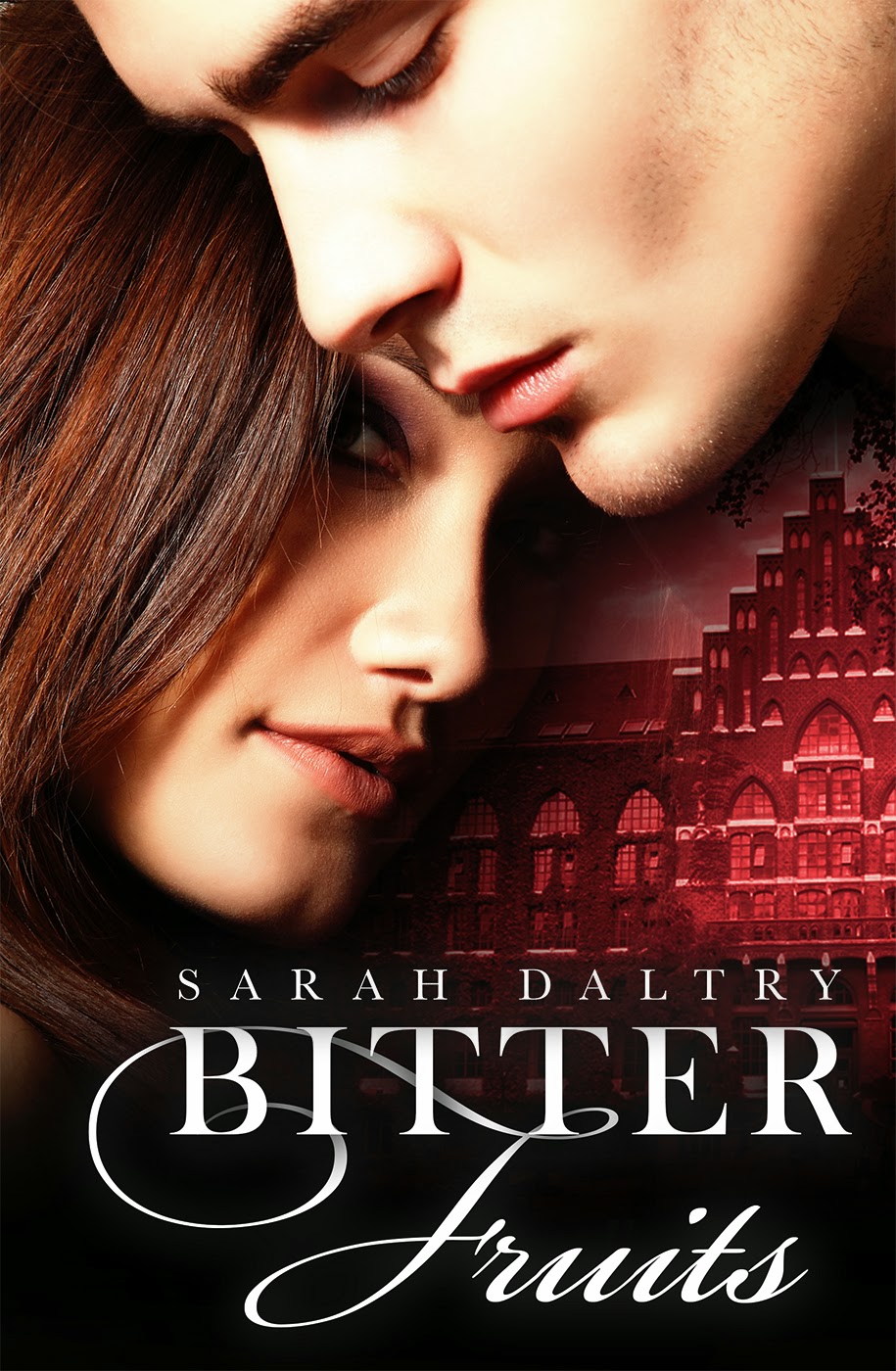 A vampire-themed masquerade party isn’t really her scene, but Nora is sick of frat parties and bars. When she meets Alec, the appeal suddenly becomes clear. It’s obvious that they’ve been struck by the same intense mutual attraction, but Alec keeps his distance. Intrigued despite herself, Nora pushes a little deeper — and discovers Alec’s unimaginable secret…

Nora is not afraid of following Alec into the darkness, but the choice is soon taken from her. Someone is hunting her — someone tied to the secret and desperate to see it play out. But when Nora finally meets her aggressor, she finds herself hopelessly drawn to him. She needs to make a choice between the two men, but can she save them both, knowing one is destined to die?

He sits in front of me and brings me to his chest. Our flesh is hot and sticky where it touches and I can’t stop the ache between my legs. His breathing is ragged and he tightens his grip on the back of my head as he tries to slow it. I am hurt or angry or frustrated, but I don’t know which. He runs his hands along my entire body and I push against him, needing him and not knowing how to accept his denial.

‘I want you, Nora. I have wanted you since I saw you. You are gorgeous. However, there are secrets that… Please understand, the steps that you want to take will reveal things. This cannot end well for either of us. I don’t want to make you suffer, but I am fated to suffer. Don’t make me bring you with me into the darkness. I can’t bear to lose you.’

I sense the pain that grips him. The darkness that he speaks of sounds frightening, but I don’t feel fear when I face him and meet his eyes. ‘I will follow you anywhere. Dark or light. Stop trying to make my choices for me.’

Our lips meet again, but it is with doubt. Neither of us knows what will happen if we are to move forward, but I want to have a chance to find out.

My body is still crying out for him but now my mind is calm. I want him, but I want him when he knows that I’m ready for whatever that means. His hands touch me and his caresses are soft. We both slow our breathing and I try to let my will match his. When he pulls away, he gathers the picnic and looks at me with longing and a hunger I do not recognize. It’s not sexual, but desperate. Almost as a dying man looks in the last moments of his life.

‘In three days,’ he says, ‘I will meet you again at the church where we first met. In the meantime, I want you to look something up — and if you do not appear at the church, I’ll know that what you found changed everything.’

‘Okay,’ I say warily. I’ll do anything he asks, but his fear scares me. What kind of secrets can he possibly hold? Little right now could stop me from going to him in three days.

‘Find the name Charles Samuels. He was an Oxford student in the 1960s. And then we shall see how much of the darkness you are willing to face.’

Sarah Daltry writes books in a variety of genres, including the NA contemporary series, Flowering, and YA gamer geek comedy, Backward Compatible.

1 Signed paperback of Backward Compatible – US Only

4 Signed swag packs- US Only