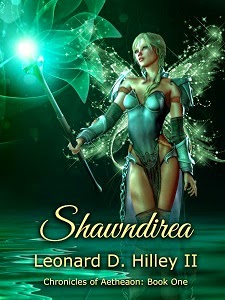 Often the smallest unexpected surprises garner the most demanding dilemmas, which proves to be the ordeal that entomologist Ben Whytten faces.  While netting butterflies to add to his vast collection, he mistakenly sweeps what he thinks is the most spectacular butterfly he has ever seen into his net.  Upon examining his catch, Ben is horrified to discover he has captured a faery and shredded her delicate wings into useless ribbons.

Devastated, Ben vows to take Shawndirea back to her realm, Aetheaon; but he discovers that doing so places their lives into immediate danger.  To get to Aetheaon, they must pass through a portal rift deep inside the haunted cavern, Devils Den.

Once they cross the rift, Ben enters a world where mysteries, magic, betrayal, and power struggles await.  He must adapt quickly or die because Aetheaon is filled with enchanted creatures and numerous races where chaos often dominates order.  And since Shawndirea’s destined for the throne of Elvendale, opposing dark forces plot to prevent her from ever reaching her kingdom again.  The faery's magic isn't enough to fully protect them, so he must trust other adventurers to aid them during their journey.

Sunlight filtered through the leafy canopy.  Several birds flew low across the stream and through the trees.  Seconds later two yellow butterflies glided to the edge of the far bank and landed.  A larger butterfly caught his attention.  At first glance he thought it was a giant swallowtail, but instead, it turned out to be an oversized tiger swallowtail.

Ben’s fingers tightened around the net handle.  He pushed himself to his feet.  He stepped lightly and headed toward the stream to get a better look at the butterflies.  Near the bank, a blur of metallic bluish-green streaked past him.

“Damn!” he said, watching the zipping wings catch the breeze and glide.

With incredible speed, it darted up, down, left to right, and along the stream’s edge.  Perhaps the sweltering heat or near dehydration was playing tricks on him, but he was almost certain glittery dust trailed behind it.

Ben hurried after the butterfly, a prize unlike any other in his collection.

Few butterflies in this part of Kentucky had such metallic colorings.  One he thought of immediately was the White M Hairstreak, but this one was too large and flew much swifter.  Another butterfly with similar colors was the long-tailed skipper, but the sheen sparkling off the butterfly following the stream was too bright.  Its flight was also more erratic.  The skipper stayed near gardens, and he doubted any strayed this far into the woods since the larvae food plant was the leaf of various beanstalks.

Ben realized he had just discovered something new.  Excitement shot through him.

He hurried along the stream and jumped over a fallen tree.  His sudden pursuit had not gone unnoticed.  The iridescent creature darted downward and swept through the tiny branches of a shrub.  But Ben moved faster.

As the beautifully winged specimen shot through the other side of the bush, Ben arced the net sharply and captured his prize.  The end of the net pulled and stretched while his captive struggled to fight free.

Quickly, Ben clamped his fingers near the end of the net, but by the time he did, the struggling ceased.

He opened the net and looked inside.  His eyes widened.

At the bottom of the net lay a gorgeous creature, but not what he had expected to capture.  Her wings were tattered, frayed.  Unconscious, he hoped, but he feared she might be dying or already dead.  Broken scales and wing fragments covered her nearly nude body.

His excitement of the chase suddenly turned to regret and dread.

Ben dropped to his knees and gently set down the net.

He carefully placed his left hand beside her unmoving form.  He nudged her into the palm of his hand with the tip of his finger.  She breathed, but her eyes remained closed.  Her radiant face was more beautiful than any woman he had ever met. 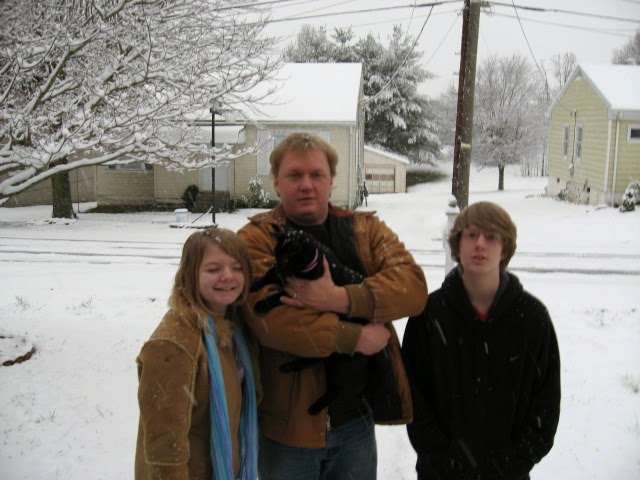 Leonard D. Hilley II currently lives in the mountains of Kentucky with his wife, Christal.  He is a biologist that has also earned his MFA in creative writing.  Having a passion for books at an early age, he knew he wanted to author his own creative works.  He wrote his first novel at the age of eleven and has never lost his love for books.