Book Spotlight & Giveaway Two in the Afternoon by Cora Cade 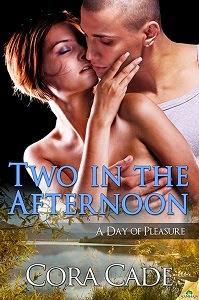 When it comes to hand-to-heart combat, no hold is barred.

Molly Ryan survived one attack, and she’s not about to be a sitting duck for another. With her attacker harassing her from his jail cell, she packs up her life in Chicago, follows her Delta Force brother to North Carolina and gets work in a pub.

Men in uniform are definitely off her menu, but her boss’s friend, Army Ranger Callum Eversman, is one hot hunk she’d like to sample.

Home on a two-week furlough, Cal has agreed to watch over Molly as a favor to fellow Ranger Noah Harper. Accomplishing his mission without her noticing? That’s going to be tough, as any idiot can see their sparks of attraction from a mile away.

Despite her hands-off-military-men policy, Molly is tempted to indulge, just this once, in a no-strings-attached fling. No dating, no kissy face, no hearts involved. But when her past threatens her future, there’s only one man to turn to. The one who’ll risk everything—body, heart, and soul—to protect her.

Available at the Samhain Store

Propping her bare feet on the edge of the ancient desk, Molly Ryan took a well-deserved pull of her beer. Before dropping her head back to ease the tension in her shoulders she closed her aching eyes and sighed heavily. It was nearly two in the afternoon, which meant she’d been locked in the pub’s office for roughly six hours, getting caught up on the weekly invoicing, payroll and upcoming supply orders.

The office had no window to enjoy the lake view, but she knew it was a glorious, sunny summer day. It was well worth the sacrifice of her Sunday off to know that she’d put a major dent in her work week, though. With Noah and Tennyson off on their honeymoon for the next two weeks, they’d left Molly in charge of more than just her normal duties.

Managing a busy pub like the Drunken Duck was enough work, but taking on Noah’s responsibilities as owner added a little more tension to her shoulders. To be fair, it was a challenge she was more than up for. Noah had left his brother, Chris, as her second in command for the duration, giving plenty of help.

She heard the service door open down the hall. Undoubtedly it was Chris to check in with her. He had a normal work week as an architect and helped out in the evenings and weekends as needed. He was likely stopping after seeing her sporty red coupe in the empty parking lot.

“Hey, Mr. Sexy Pants, I’m in the office. Bring me another beer on your way!” She couldn’t help teasing him. He’d spent the previous night fighting off advances from Lexie, his latest crazy chick, as Tenn would call her. At one point Lexie had cornered Chris next to the bar, put a slim hand down the front of his tuxedo pants, and called him Mr. Sexy Pants loud enough for half the bar to hear. Watching Chris turn ten shades of red while attempting to pull the tenacious girl’s hand from his pants had caused Molly to fall off her bar stool in hysterical laughter. Even after landing squarely on her ass and spilling her scotch down the front of her bridesmaid dress, effectively ruining it, she still couldn’t stop laughing.

As the office door opened behind her, she pushed off from the desk. The movement sent the chair whirling around, making the tiny room spin in a quick half turn.

“Hey… Oh.” Well, that wasn’t Chris standing in her doorway. Where Chris was leanly muscled, this guy looked like a hulking linebacker, with heavily muscled arms and a chest broad enough to block the sun. He had a black duffel bag slung over one shoulder, exposing the underside of a thick biceps and a heavy tribal tattoo ending at the elbow.

Intensity pulsed off of him. Light mocha skin, a smoothly shaved head, and steely gray eyes, he exuded a quiet watchfulness that was at odds with his stern demeanor. He had an obvious perpetual scowl set on his face. A face, upon closer inspection, that had a full mouth and broad features and a light scar running across his left cheek, just under the eye.

He watched her watching him, and no one spoke for a moment. Molly belatedly realized she was sitting in front of a ridiculously hot stranger in her pajamas. Not even her cute pajamas. When she’d rolled out of bed after a night of just a little too much scotch and not enough sleep, she hadn’t even considered running into anyone. Her apartment was three blocks away, the pub was closed every Sunday, and most of the town was also recovering from Noah and Tenn’s wedding reception.

Who was this guy, and where had he come from? And could she keep him?

If the vixen in black pajama bottoms with pink skulls was Noah’s new bride, then Cal was in a lot of trouble. It went against his code to covet a fellow soldier’s woman. But he was hard-pressed to take his eyes off the petite beauty with a shock of unruly auburn hair and a full, pouty mouth. She darted her tongue across a lush bottom lip, causing his libido to stand at attention.

It was well past time to stop cataloging every attribute of the woman before him, especially if she was Noah’s. “I’m looking for Noah Harper. Is he around?”

“Noah?” She shook her head, as if clearing it, before going on. “He’s not in, but I’m the manager of the Drunken Duck. Can I help you?”

It was relief, first and foremost, that washed over him. Cal was grateful he’d had a chance to speak with Noah earlier in the week. Molly wasn’t Noah’s wife, but the woman he was here to look after. 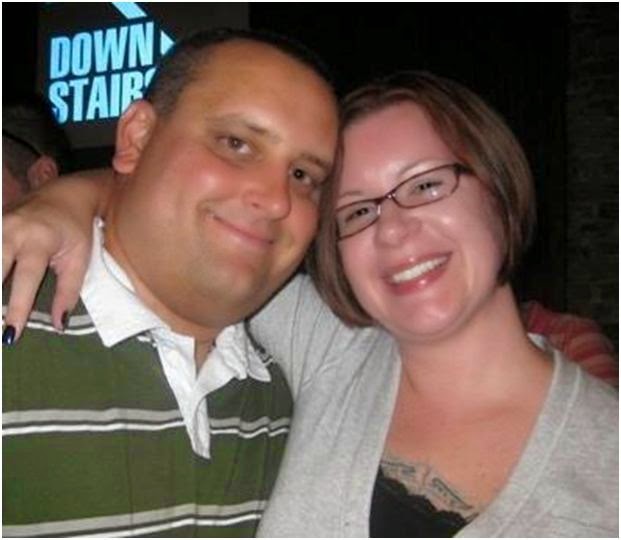 Nestled away in a small town in Ohio, I spend my days adding delicious books to my library, snuggling with my four rotten dogs, and debating the finer points of life with the dear husband.

When I'm not tucked away with a book you can be find me tapping away at my laptop.   With coffee.  And my iPod.

5 ebook copies Two in the Afternoon

1 Swag Bag of Surprise Goodies- open to US Shipping