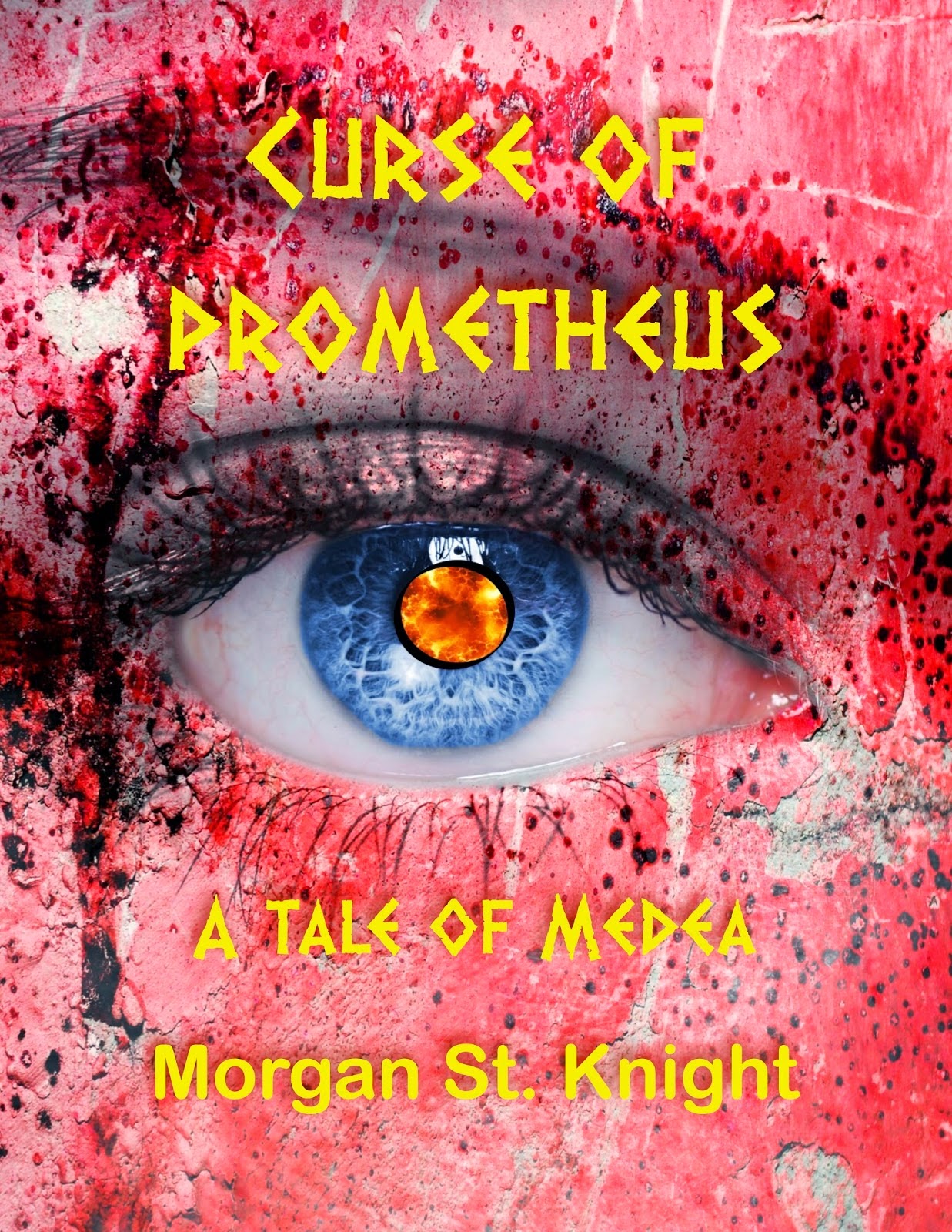 The ancient world's most notorious sorceress has just become the modern world's only hope for survival.

How do you fight a god of light who has been seduced by darkness? That’s the challenge Medea Keres must meet. Posing as a wealthy young heiress in modern day Atlanta, no one knows she is the original Medea, the sorceress from ancient Greek legends.

As priestess of the witch goddess Hecate, Medea is charged with hunting demons that would otherwise overrun the world. Now she must face a far greater adversary. One of the twelve shining Olympian gods has turned rogue, violating the edict against human sacrifice. As the body count quickly rises, Medea knows her enemy is getting stronger.

With the help of the underworld nymph Orphne and the hero-god Heracles, she must find a way to unmask the evil so that the other Olympians will take action.

But as she probes deeper into a blood-soaked labyrinth of suspense and intrigue, Medea finds a net of deceit and treachery that will require all of her cunning to escape.

Pasiphae turned back to Heracles, her nose wrinkling instinctively at the sight of the two corpses he was carrying, one slung over each shoulder.

“And these would be?”

“Someone I need help with,” I offered tentatively.

Circe raised an eyebrow. “I know you understand the healing arts better than that, Medea. These two are a long way past help and... Heracles, what are you DOING?”

Her voice became progressively shriller as Heracles approached one of the hall’s spotless divans. It was upholstered in beautiful pastel pinks and mauves.

“Just putting these chaps down, my dear,” Heracles said cheerfully. I’d chosen the least mutilated corpses among the field hands, but they were still quite a mess.

“You most certainly are not!” Circe’s golden eyes were already flashing. Heracles froze in mid-stoop, quickly re-adjusting his balance to stop the bodies from falling onto the sofa. I couldn’t help giggling a bit at the comic pose, but I don’t suppose he saw anything funny about it.

“For pity’s sake, it took me nearly a hundred years to perfect the magic to weave dawn’s light into fabric. I will NOT have you putting those—things—on the furniture,” Circe fumed.

She turned to me.

“It’s always delightful to see you Medea, and your friends,” she condescended to give a slight nod towards Orphne. “And I realize you’re living a more Bohemian lifestyle these days. But really! You can’t tell me your human friends would appreciate you bringing two dead bodies when you come to call. Couldn’t you just bring chocolates?”

“I’m not going to leave them here, Aunt Circe,” I reassured her. “And I promise I’ll bring some chocolates next time I come. But first, I need you to help me find out something about them.”

“They’re dead and they’ve started to rot. There, that’s two things about them. Will you kindly remove them now?”

I smiled and shook my head.

“I mean something specific. And you and Pasiphae are the only ones I know who have the skill to do it.” I was buttering them up shamelessly, and they knew it.

“Not that they’re really any sort of burden to me, but do you mind if I put these fellows down now? I think one of them is seeping.”

Pasiphae rolled her eyes. “Certainly, just toss them anywhere. We don’t mind oozing corpses on the floor at all. Why not invite the Harpies over for a potluck while you’re about it?” Now that was overstating the case a bit. The evil half-bird, half-woman monsters were voracious eaters. If they left anything uneaten, they fouled it with their shit out of sheer spite.

Circe held up her hands in a gesture of defeat. “Just let me handle it,” she said, facing Heracles and lifting her arms. The two bodies floated off his shoulders and remained suspended in mid-air. He stood up, making a relieved sound in his throat. Sure enough, there was a large smudge on his skimpy outfit.

“Here, let me,” I said. I went over and put my hand on the stain. Of course I could have done it without touching, but what the hell, why not cop a feel if the opportunity arose? The muscles of a god are nothing to miss if you get the chance.

I removed my hand after a few seconds, and the tunic was immaculate.

“Could we please get back to the issues at hand?” Pasiphae interrupted as she gestured towards the floating bodies. “What do you need us to do with those?”

“I need you to bring them back to life, so they can tell me about their deaths,” I said.

Circe and Pasiphae looked at one another. Whether or not they were communicating telepathically, I was certain they were thinking the same thing.

“Well, that settles it. You’ve become completely unhinged.” Pasiphae said with resignation. “Why would you bring two dead humans here for something that you could just as easily ask Hecate to do? In the privacy of your own home, if needed. You’re her priestess, after all. And if I’m not mistaken, she is an underworld goddess, no? This should be a specialty of hers.”

The refreshments had arrived. Wine was being poured at a table surrounded by more divans, and another nymph had brought in a tray of pastries soaked in honey.

Circe gestured to the seating area, extending the move a bit to wave the bodies away to a corner of the room. They hung like sulking children denied a place at the grownups’ table.

“Tell us all about it. And make sure to include all of the juicy details.”

I wondered if she’d regret her invitation once she heard what I had to say.

Morgan St. Knight live in Atlanta, and is a lifelong student of mythology, the occult, and comparative religion. With more than 25 years of experience as a journalist, Morgan enjoys the occasional foray into fantasyland to escape the grim realities of life. He is currently working on the sequel to "Curse of Prometheus" and is developing a second paranormal series which also takes place in the South.

5 Kindle Copies of Curse of Prometheus: A tale of Medea

Additionally, Morgan will be giving away 2 copies of "Curse of Prometheus" each week of the tour. Everyone who enters for the Kindle giveaway on a given week is automatically entered for that week's book giveaway.

And yes, if you win a copy of the book, you are still in the running for the Kindle giveaway.