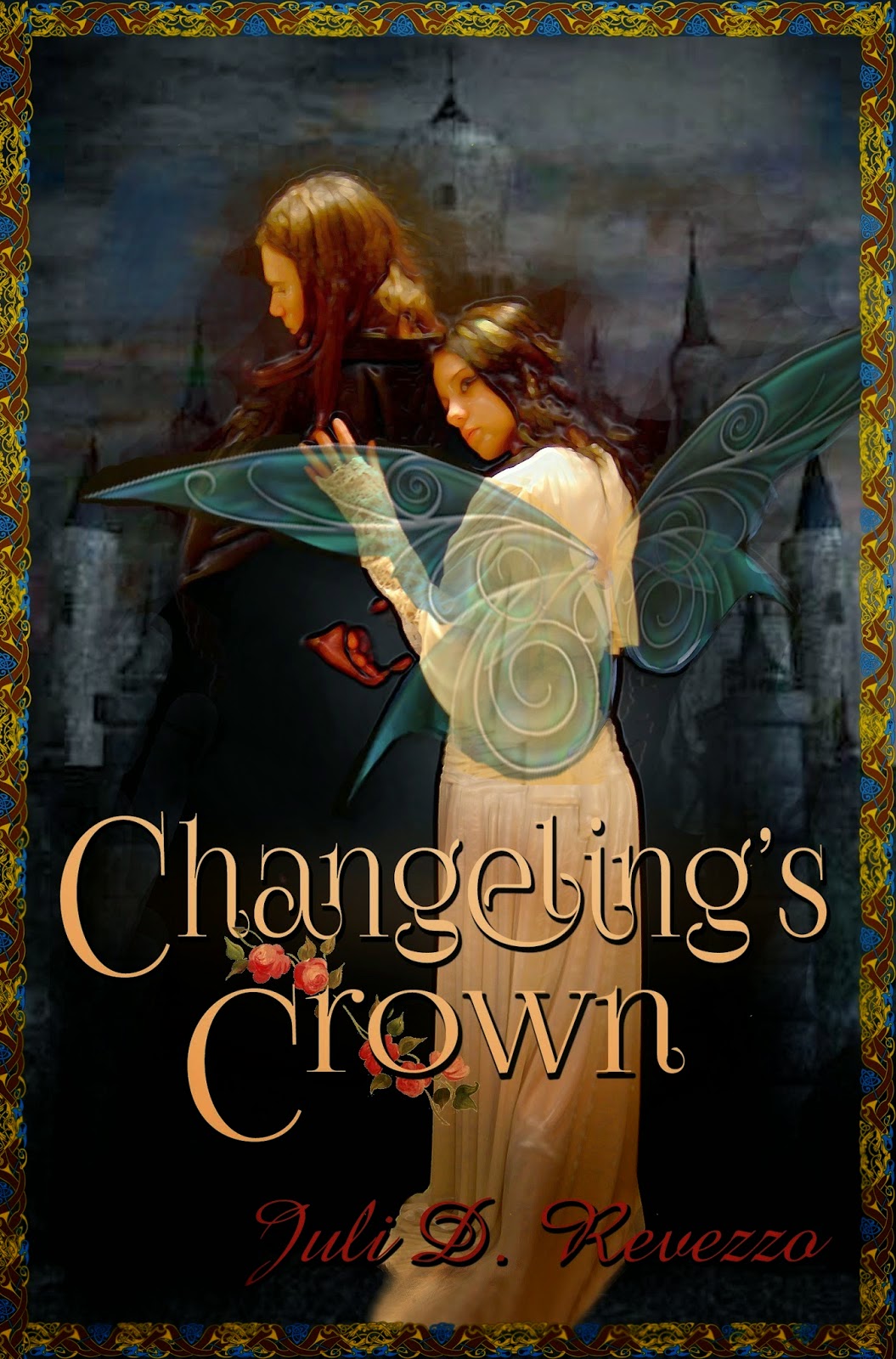 When Ianthe began her career as a faery godmother, she stumbled so badly that Snow White will probably never speak to her again. After a long suspension, she’s finally been given a chance to redeem herself…but everything on this latest assignment is going wrong.

Worse, she definitely doesn’t need an attractive mortal man distracting her from her duties. Of course, needs and wants are two different things.

Briak has had his eye on Ianthe for a very, very long time, but he’s been waiting for just the right moment to make his move. Despite the fact all hell’s about to break loose on his watch, he can’t resist the opportunity to insert himself into her earthly assignment. Can he convince Ianthe of her true calling and thereby win her heart? Or will his subterfuge ultimately cost him her love?

Sunlight filtered into the office, tinkling musically as it bounced off a globe standing to the far side of the room. A lone dust mote floated through the air to fall onto the crystalline floorboards and as it hit, Ianthe Hypericum cringed when she heard it clack against the floor, like the tinny clap of an iron breakfast bell. Normally the sound didn’t bother her. Normally she found it lovely.

Nervous sweat ran down Ianthe’s back as she awaited her latest assignment. Maybe the Faery Godmother High Council hadn’t changed their decision. Maybe Ms. Siabelle had called her in to revoke her wand for good.

Why wouldn’t she? After all, so many of her recent assignments had ended in disaster. The High Council frowned upon her performance even before Snow White’s daughter had run off with that traveling band of thieves. Ianthe still couldn’t quite figure out how it had happened. She’d spent nearly fourteen hundred years on probation for it. How it hadn’t driven her crazy enough to join those in the dark side of the groves, she had no idea. It’d been a close call.

What a disgrace for her family, if the council banished her there! They were having a hard enough time, socially, dealing with her failure with the Snow White family. Banishment would undo them. She had to succeed at this assignment, she just had to!

The door opened and an older woman, wearing a gray Armani suit, stepped through.

The old woman pushed her glasses up her pert nose with a thick finger. “Ah, Ianthe. I see you’re on time, for once.” She scuttled around the huge oak desk like an overweight crab.

Ianthe folded her hands in her lap, twisting her fingers as she waited for her boss to settle down.

Ianthe bit her lip. Hard. No, she wouldn’t say the couple was happy. Not unless the faery godparent council had changed its definition of single parent households. Still, she made her report on her latest assignment. “The couple is—April is…Chuck will be—” She blew out a deep breath. “They’ll get there. Plenty of babies grow up without their fathers. It’s for the best.”

“April Smith and Charles Weiss weren’t made for each other, no matter how much we wish it.” She frowned at the old faery godmother. “You knew there were problems going into that assignment.”

Ms. Siabelle remained quiet in the face of Ianthe’s accusation. She twitched the platinum chain on her glasses and turned her attention to her computer. “Yes, well, that isn’t the issue today.” Adjusting her glasses to her liking, she turned her head, gaze softening as she peered at Ianthe.

Ianthe could feel a million tiny lightning bolts trying to find their way into her heart. She could barely breathe under the elderly overseer’s gaze and she begged the faery gods to be on her side, just this once.

Here it came. Ianthe tried not to cringe.

“The Faery Godparent High Council has decided to give you another chance, child.”

She blinked. “Say that again?” Unbelievable!

“I said we’ve decided in your favor.” Ms. Siabelle turned in her chair, and standing, crossed the room to a tall filing cabinet. Batting away a stray sunbeam, she wrapped old fingers around the silver handle gracing the top drawer, tugged it open, and drew a finger in the air above the files. They flipped by themselves, one after another, as if she pulled them. But she held her finger too high. “If the couple can’t make a go of it even after what you’ve done, it’s not your fault.”

“I told the council so. Ah, here we are.” She stepped back as one file slid free. It spun in the air before her a moment, then Ms. Siabelle reached out and took hold of the thin folder. Ianthe wrung her hands as Ms. Siabelle sat back down and began to read. “Hmm... It says here that you’re to be assigned to a young man.” Her brow rose. “And his soon-to-be ex-wife.”

Ianthe sat up straighter. A divorce? Oh, no. More battles over the children. She found being saddled with the choice of which parent would be best heartbreaking. “Surely you must be mistaken. Isn’t there some forlorn lover I can look after instead?” This guy was probably as ugly as the frog prince, while the wife, well… she’d met some doozies!

“No, the assignment is quite clear. You’re to assist Randall and Mallory Davies.” Ms. Siabelle shut the gleaming folder and folded her hands atop it. “According to their files, it’s a clear case. Randall’s not sure he wants the divorce and Mallory—well, I don’t see why she couldn’t be persuaded to drop the case. Should be a piece of cake, as they say down there.”

She’d said that about Snow White’s daughter, but Ianthe thought better of reminding her. “I’m not sure.”

“Are you saying you don’t want the assignment, my dear? I thought you hoped for a chance to get your wand and title back.” Her nose twitched. “And everything else that goes with it. Coaches and ball gowns and such.”

All of which had gone out of style with the age of classic faery tales. Right now, Ianthe didn’t feel like contradicting her. “I do, ma’am. It’s just that—”

“Good. I’ll see the paperwork’s sent through; meanwhile—” She wiggled her finger over the file and it rose from the desktop, floating like a bird into Ianthe’s less than eager hands. “Why don’t you get started?” She shook her head sadly. “Seems Randall and Mallory are in dire need of a happy ending, as you’ll see.”

Ianthe sighed. The pages flipped open before her, and she took in the photographs. Randall, his employees. One stood out: a man with a handsome angular face, tousled brown hair, and deep, coffee-colored eyes.

She leaned forward to study the picture, wondering who he was. Too handsome to ignore, she thought. Was he the reason for the couple’s troubles? She could see that being the case.

Maybe this assignment wasn’t going to be so bad, after all.

She shoved the file into her oversized purse and exited the office to take to the hall, a renewed confidence in her gait. She could do this. Surely, she would finally live down that fiasco of an assignment with Snow White’s daughter. Maybe it would even garner her a promotion. Full Godmotherhood!

She was already daydreaming for she plowed right into an oncoming faery.

Son of a goblin, how she hated him! She stepped back, hoping to escape him as soon as possible.

“Why don’t you watch where you’re going?” he snarled.

When she stepped around him he planted his right hand against the wall, blocking her escape. “Where do you think you’re rushing off to in such a hurry?” he asked. “You can’t have a princess awaiting you. You’re on probation after all. Or are you late for a class? Beginning wand construction one-oh-one?”

How’m I supposed to go anywhere with you in my way, you horsefly’s butt? What was he doing, besides being a nuisance? “I said I’m sorry.” She tried not to snarl back, but it was hard. She tapped a finger to her lips. “Didn’t I hear you just came back from Desire Island? How’d that go?”

His mud brown eyes narrowed. “You heard wrong. It was Devil’s Island.”

“Yes, you make many.” He turned on his heel. “So, I see you have more studying to do. Good luck with it, Hypericum. You’ll need it.”

Ianthe’s fists clenched and she wanted to stamp her foot against the citrine floor tiles, but the sound would reverberate through them as if she’d shattered a glass wall and tell the whole kingdom how angry she was. The nerve of Techsmauch! He was such an ass! Why did he constantly make her life a living hell? She didn’t want to run the risk of meeting up with him again tonight. So she turned back the way she’d come. She’d take the sub-elevators down to the Earth level if she had to in order to avoid facing him again.

A wrinkly, gray skinned goblin met her at the elevator and beckoned her inside. It was stuffed full of trolls. Many smelled as if they needed a nice, long bath. No one would ever catch Techsmauch dead in a sub-elevator so it seemed the best way to avoid him.

She sniffed once or twice and wrinkled her nose at the smell. The doors closed and she slowly released her breath. Afraid to inhale, she wondered how long it would take to reach Earth level. Don’t worry. We’ll arrive before you pass out from the trolls’ stench. She hoped.

All she could think about was the shower she’d take once on Earth. She’d have to freshen up if she wanted to get close to her assignment. Troll-stench was known to drive away any and all who came near. That was no way to begin this assignment.

She checked her purse, pulling forth the file Ms. Siabelle had given her. She could swear she’d seen that employee before, but where?

Briak. The name sounded familiar, but she couldn’t place it. Was it possible she had the name incorrect? Maybe the k constituted a typo. The name niggled in a way she didn’t like, but he looked so kind. Had she ever helped him? Or someone in his family?

Maybe I’m mistaken. How many handsome ranch hands were there in Clover Glen, Florida, after all? 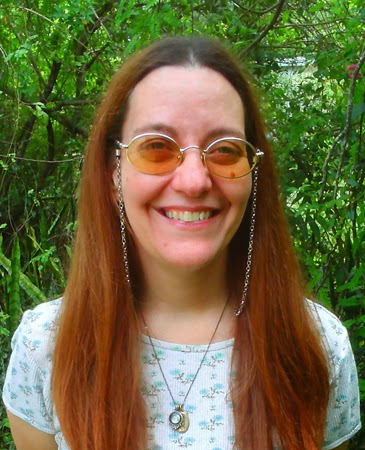 Juli D. Revezzo is a Florida girl, with a love of fantasy, science fiction, and Arthurian legend, so much so she gained a B.A. in English and American Literature. She loves writing stories with fantastical elements whether it be a full-on fantasy, or a story set in this world-slightly askew.

She has been published in short form in Eternal Haunted Summer, Dark Things II: Cat Crimes (a charity anthology for cat related charities), Luna Station Quarterly, Crossing the River, An Anthology in Honor of Sacred Journeys; The Scribing Ibis: An Anthology of Pagan Fiction in Honor of Thoth, and Twisted Dreams Magazine. She’s the author of The Antique Magic series and the Paranormal Romance Harshad Wars series.

She is a member of the Independent Author Network and the Magic Appreciation Tour.

2 prize packs containing a 25% off gift certificate and pen for The Wild Rose Press, and signed Raven Queen Publication bookmark, US only.