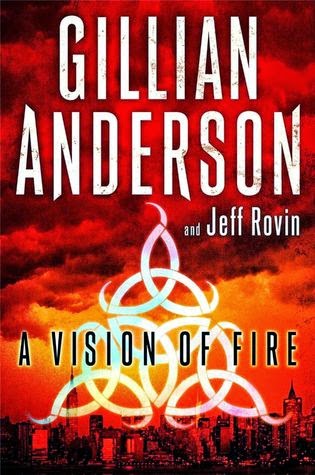 Renowned child psychologist Caitlin O’Hara is a single mom trying to juggle her job, her son, and a lackluster dating life. Her world is suddenly upturned when Maanik, the daughter of India’s ambassador to the United Nations, starts speaking in tongues and having violent visions. Caitlin is sure that her fits have something to do with the recent assassination attempt on her father—a shooting that has escalated nuclear tensions between India and Pakistan to dangerous levels—but when teenagers around the world start having similar outbursts, Caitlin begins to think that there’s a more sinister force at work.

In Haiti, a student claws at her throat, drowning on dry land. In Iran, a boy suddenly and inexplicably sets himself on fire. Animals, too, are acting irrationally, from rats in New York City to birds in South America to ordinary house pets. With Asia on the cusp of nuclear war, Caitlin must race across the globe to uncover the mystical links among these seemingly unrelated incidents in order to save her patient—and perhaps the world.

I was an avid fan of the X-Files so when I saw that Gillian Anderson had written a book, I had to give it a go and I'm glad I did.

Tensions are running high in the UN after an assassination attempt on the Indian ambassador. It looks like the peace talks going badly between India and Pakistan might set off a nuclear war and things all around the world are getting weird. From animals behaving oddly, to children and teenagers having strange lapses of concentration and harming themselves, or being harmed by unseen forces.

Caitlin O'Hara is a child psychologist who is brought on board after the ambassador's daughter has strange fits and starts speaking in languages no one can understand. Even Caitlin's friend, Ben, an interpreter at the UN doesn't recognise any of them, but they do have similarities to some he's heard. At first Caitlin is convinced that Manik is having some sort of reaction to her father's almost shooting, but she's never seen a case of PTSD that happened so quickly before.

Soon, other things grab her attention: a young man who set fire to himself in Iran, a young woman who suffered all the symptoms of drowning, but she'd been on dry land. It seems that Manik's episodes are part of something bigger, but what? And how can they stop it?

Now, this is an enjoyable book, well told with characters that you care about. But I have a niggle with Caitlin and the first time she witnesses one of Manik's strange episodes. Up until that point, Caitlin seemed a very down-to-earth sort of person, medically trained and looking for scientific explanations. But as soon as she sees Manik, she suddenly does an about-turn and veers off into New-Agey type stuff. She wants to treat Manik with nothing more than hypnosis and rants at the family doctor for prescribing sedatives. It just didn't seem like her at all.

The book is fast-paced and I eagerly turned the pages ready to see what happens next. It has an intriguing, mysterious storyline to be untangled and the threads were woven together so well that it leaves plenty of room for the next book. Another book I will look forward to.