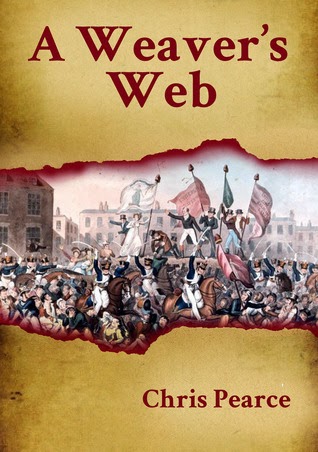 Handloom weaver Henry Wakefield, his wife Sarah and their five children live in abject poverty in the Manchester area of the UK in the early 19th century at the time of the Industrial Revolution. Henry hates the new factories and won’t let his family work in them. He clashes with Sarah, a factory agent, a local priest and reformers, and son Albert runs away. The family are evicted and move to Manchester but are even worse off, living in a cellar in a terrace and have another little mouth to feed.

Henry’s love of money overrides his hatred of factories and he starts one of his own, but it is beset with problems. The Wakefields eventually become quite wealthy, but Henry holds the purse strings and this has a devastating effect on the family. Albert is caught stealing and is transported to New South Wales. Her baby’s death, Albert’s unknown fate and society parties become too much for Sarah, who hears voices and is taken to the lunatic asylum. Son Benjamin faces eviction from the family home for having a baby with an orphan girl too soon after their marriage.

Family members, including Sarah who has got out of the asylum and Albert who has returned to England unbeknown to Henry, have had enough and seek revenge.

Henry Wakefield is a handloom weaver around the time of the Industrial Revolution. He hates the new emerging factories, becuase he knows they will soon put him and other handweavers out of a job and he forbids his family from working in them, even though they would earn better money.

His long-suffering wife Sarah, tries to get him to see reason, but Henry is admanat - none of his family are to set foot in a factory. Their eldest son Albert runs away, fed up of having little money and eating even less. He finds work in Manchester as apprentice to a shoemaker, but is then kidnapped by factory agents who thinks he's an orphan. They make him work in a factory with other orphans, chained and fettered so they can't run away.

Evicted from their cottage, the Wakefields move to Manchester, but things only go from bad to worse.

I wanted to like this story more than I did. It's well written, well researched and you get a feel for the time and place, but it is just so depressing.

Misery upon misery just seemd to be heaped on the family - evicted from their home, then living a cellar which floods when it rains. Eking out meagre meals with what little money they have. Their son kidnapped and forced to work in a factory for pittance pay. Albert getting caught stealing and transported, Sarah ending up in an insane asylum. When Sarah gets pregnant again, instead of joy, Henry worries it's only going to be another mouth to feed and Sarah won't be able to work for a while. I don't know how Sarah put up with him.

Henry is one of the most dislikable characters I've ever read. He's quite happy to drink, gamble and whore his money away. One whore robbed him and he pretended he just lost the money in a puddle when he was drunk. He even sleeps in a chair with his trousers on, so Sarah won't find out how much money he actually has or lost at cards! I loathed him, I thought that might be too strong a word, but no. I'm trying to think of anything that might redeem him, but no, I can't think of a thing. He is just awful to his family and ends up being the worst sort of factory owner, even after he knew what his sons had gone through in those horrible places.

If you're looking for a fluffy, light-hearted read, this is not the book for you. But if you're after an historical story with a bit of revenge thrown in, then give this one a try.