It happened about forty thousand words in.  Everything was going great up until that point.  I wrote the first forty thousand words of Twinfinity: Nethermore in one week, words flowed like water pouring down a waterfall, ideas came like snowflakes in a blizzard, and the characters lived inside of me like cute, dangerous, or lively animals in a zoo.

But it didn’t last.

I hit that forty thousand word mark and it was suddenly as if I were driving down the expressway in the middle of Texas and I suddenly found myself out of gas.  I was stranded and the only option I had was to walk back in the direction in which I came.  The worst part about it was that it almost seemed like I thought I was in Texas, but in reality I was somewhere in Oklahoma by mistake.  I had no idea what to do.  The ideas totally dried up, I felt disconnected from the characters, and every word I wanted to write just seemed wrong to me, as if I suddenly no longer even understood the English language.  I was hopelessly stuck.

I guess I should point out that I’m not an outliner.  That is to say I’ve never been able to sit down and write an outline of a story before I’ve written it.  When I write I either sit down with a pen and paper and write, or I sit down in front of my computer and write.  I see the story as it unfolds and I write it as it comes.  Most of the time this works wonderfully, but sometimes I hit that invisible wall where I go off in the wrong direction, and I have to correct that in order to get beyond that invisible wall.

So I sat the project down for months and wrote other things for a while, but I desperately wanted to finish this novel.  For the first time in my life I knew that Twinfinity: Nethermore would be my first completed novel.  I knew that the idea was good.  I knew that the characters were good and I knew that it would be a story that readers would want to read.

If I could ever finish it.

So how did I overcome the dreaded “Writers Block?”

With the delete key of course.

This may not always be the solution to a blocked story—especially if the blockage comes as you begin to write the first page, but for me that’s never the way it happens.  For me, when writer’s block does come, it comes after that first major surge of writing ends.  This was the case with Nethermore, and the reason that it happened was that I had made things too easy for the twins and they got bored, so I got bored.  I ended up starting completely from scratch, with the same characters, but with a completely different theme and approach.

All in all the story seemed to flow nicely as long as I was headed down the corrected plot path, but as soon as I veered from that path, that’s when things always seemed to get foggy to me.  Every time I found myself getting blocked I’d set the story down for a short period of time and when I went back to it I’d always re-read what I had, figure out the places where the story wasn’t right, and as soon as I picked that portion out the story would seem to flow again.

The problem I had with Nethermore, more specifically, in the beginning, was that Whitney wasn’t originally blind and deaf.  When I wrote the original rough draft of Volume 1 Whitney could both see and hear.  I didn’t realize it at first but Whitney wasn’t satisfied with herself this way.  She became bored with the story and so did I and, therefore, the ideas quit coming to me.

It was as I was rewriting a scene that didn’t make it into the novel (the scene just didn’t apply at all after I realized my main character wasn’t supposed to be able to see or hear at all) that I realized who Whitney Leighton really was.  She was a girl that was both blind and deaf, but on top of that, she was also a girl who was living her life through her twin brother’s eyes and ears.  Once I figured that part out the story was much easier to write.

If you find yourself blocked you might want to consider erasing the wall instead of trying to figure out a way around it.  Find a part of the story that isn’t exactly right, delete it, and see if that doesn’t help you. 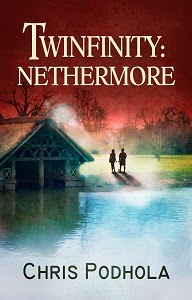 Whitney Leighton has a secret.  She is both blind and deaf but that’s not what she’s trying to keep hidden.  Her secret is that she can both see and hear through her twin brother Tommy.  They call it piggybacking because she can shift her consciousness into her brother’s mind.

Whitney’s not the only one with a secret; Tommy has one too and it’s Whitney that he’s keeping it from.  His secret is that Whitney isn’t who she’s supposed to be.  He has dreams of her, but in his dreams she has tattoos, battle-scars on her face, and a formidable look of determination.  If Tommy’s dreams come true then Whitney is in serious trouble and so is everyone else.  The simple Whitney that is, doesn’t stand a chance against the evil that exists in his sleep, and the world will be thrust into chaos.

The teen twins end up at Camp Tumbling Waters and Lake Amicolola where something is waiting for them.  Something as dark as Whitney’s vision and as insane as Tommy’s dreams and IT needs Whitney to escape the prison that IT calls … Nethermore. 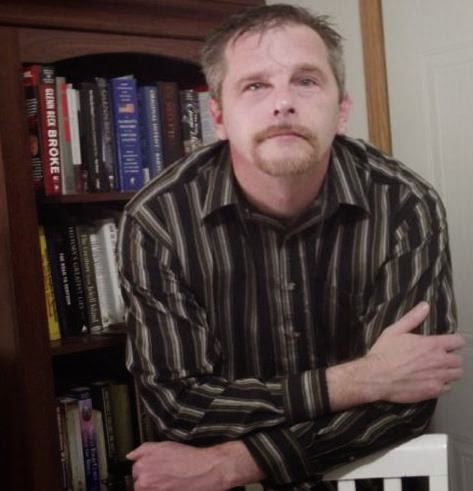 The author is a 43 year-old United States Air Force veteran of the first Iraq War.  This is his debut novel in the Twinfinity urban fantasy series.  He was born and raised in south-eastern Michigan and served his country in California, Germany, and Turkey.